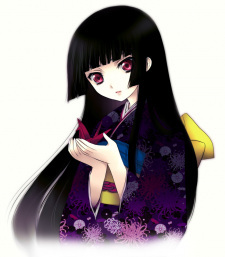 Shin18 Jun 24, 1:48 PM
Hey Alex, you know that i've been playing Counter Side and Priconne on my phone right? Well, i'm in a dilemma right now. I'm close to using up all of the GB of my phone so i have no other choice but to delete one of them. Can you decide for me as to what i should delete for now between them both?

DeonX Jun 20, 6:32 AM
you need to step up your comment game. I joined MAL last year and used to see your posts on Naruto eps. You already had over 1k posts back then. Can't believe now I'm ahead of an og

Ezzie1 May 26, 2020 3:02 AM
Where and how you watche Extras of anime chronologically without being spoiled.. any help would be appreciated

Raizel Aug 12, 2019 12:34 PM
I'm glad that you liked my pictures you actually the first one which I got impression on which makes me very happy for that.

Lelouch0202 Jul 19, 2019 5:44 AM
Yeah, for the sake of not spoiling you I don't really wanna say anything but on the whole Gintama is a beautiful story with a lot of heart. You should definitely watch it when you can. Granted, it will help if you're very familiar with a lot of Shounen shows cause Gintama is also a parody of many Shounen Jump series.

Lelouch0202 Jul 16, 2019 5:40 AM
Gintama's mileage varies from person to person, some people like it after the first few episodes, it took around 20 episodes for me to really start getting into it. Generally it's recommended you try to watch it until the end of the first serious arc which is I think around 60 episodes. If you still don't like it after all that, then it's probably not your cup of tea.