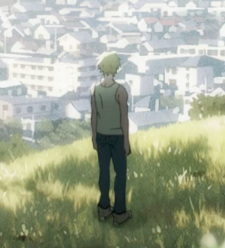 Archfiend836 Sep 12, 2020 4:58 AM
I came here from your review on Fugou Keiji: Balance:Unlimited
You should watch it now, how mysterious it has gotten. First 4 episode were to only Introduce us with his Richy ways to do the Police Job. Character Development of Daisuke and Katou is too Good. It's just not any Other Detective Anime.
And I Personally think the Art and Animation of this Anime are REALLY Good.
It's alright if you still don't wanna Continue...I just wanted to Support this Anime.
Have a Good Day!!

Sofielina Sep 5, 2020 7:25 AM
That’s all i can ask for my good sir/ma’am and let me tell you this weeks episode wrecked my shit i almost hade to bring tissues👁👄👁💧

Sofielina Aug 27, 2020 10:51 AM
Please watch more of balance unlimited before you criticize it so heavily, the plot has actually started to really pick up and cock James Bond (Lmao) can’t actually do anything he wants wink wink, give it a second try please?

TunyVuny May 7, 2020 3:20 AM
I'll simplify my reason, re:zero's plot consists of things which not what normal human mindset do & also contains pointless things. And for comparison with arifureta, I didn't see any big plot hole.

TunyVuny May 5, 2020 2:47 PM
Ok. Arifureta was not up to the mark in terms of animation, otherwise I would've marked 8 or 9 & also voice actors should've been chosen more specifically according to the personality, and the position for eg. For hajime, I think a person with a rough voice would be better (it's just my choice). Animation part was a major one, which motivated me to mark it as 7 rather than 8 or 9 & there are other parts also, which are comparably low quality.

Now coming to the main topic- Re:zero.
If someone saves me & I've taken the gratitude of someone I've saved, then that's it. I'll not pursue anyone further than that. So here it worked like- you've taken the wrong formula or say wrong values from the start, then ofcourse the end answer will be drastically different from the original one, i.e. wrong answer. So it took the wrong road for the right thing, according to me. It had a concept which was actually appealing to me but some bad factors just overtook them for eg. The scene where all 5 ruler candidates had to assemble was not justified, many useless things were done in order to make everything plausible, but it didn't made sense to me.
Many people say it shows how his Behaviour & also mindset changes/gets affected because of being reborn everytime, I agree to this fact, but to a certain point. After successfully evading that puppy's curse, he had the choice to leave the mansion, but he didn't, there was no need. So, he had to be tied to main heroine (satella) by some way, but not this, it's not justified according to me. Accompanying the capital was somewhat not needed. Raising voice in the royal hall or whatever was not needed. But here what was not needed was actually the plot & story. So basically it started having faults from the very start & till episode 18 it just accumulated many things were not needed to be done, things which are not actually done by a normal person (the reasoning of a normal person) & many things it tried to sustain. So at the end, it quite frustrating.

Hibbington Apr 19, 2020 1:12 PM
Thanks for joining the Anime Guild!
Here is a friendly starter kit to help get involved in our activities.

Firstly if you want to leave an Introduction Post so other members know some unique aspects about you. We have recently started our Spring 2020 Opening Contest where you give each anime OP a score from 1 to 10 based on audio and video. Then lastly we have our Power Ranking Committee-Sign Ups for Spring 2020. Its actually fairly simple feature. You choose a watching class based on your amount of shows for the season and you hand-in your top shows every 3 weeks. Last day to Sign-up is April 28th.

2shizukasensei88 Mar 23, 2020 11:01 AM
That sounds gey af tbh, but some animu reviewer guy in my country said that Sakuragi will do some shit in the interhigh, so I will probably read it anyway

2shizukasensei88 Mar 23, 2020 10:53 AM
Nice, u got sakuragi in ur profile page (slam dunk very popular in my country, and I like the characters like everyone else). Btw did Sakuragi got some ass in the manga, been meaning to read it after I finished the anime a decade ago.