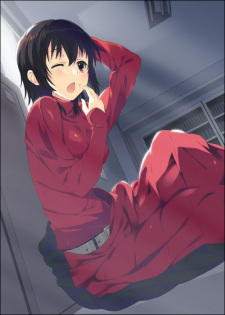 afleetingthought Jan 27, 12:22 PM
Wep, can't access it as expected, you can reach to my via my Anilist account or wait I will make another discord server that no one will join into.

afleetingthought Jan 27, 12:14 PM
I'm 2shizukasensei88, or formerly since Shizuka sensei is longer my #1 ranked waifu even before I get banned of this site (pls mods don't remove lmao). Here's my Anilist account where I update my current watchlist https://anilist.co/user/kurisunoharu/

So I got permabanned for trolling apparently, oh well, I'm pretty sure I'm the only who's making funni threads. Anyways I still have the same views on anime elitism or whatever you call it. Attempting to learn Japanese since a lot things I want to coonsoom is behind the not translated zone, all I can say is it's doable, even when I'm mostly doing shit that's not going to help me advanced further, because of my poor discipline, I'm still making progress. The discord link I left is irrelevant at this point, I deleted the server and the other server I was banned for saying some gamer words in Japanese. I'm going to attempt to login to this account again, so you might see that this account is online relative to the time I post this (if you weren't banned before, you'll be seen as online if you try to login, but you'll be blocked from the website), this is my final message for people who's wondering bye, and try to learn Japanese please.

QuasarAfterLife Jan 8, 8:02 AM
This guys is the guy

CharlesDeGaulle Sep 12, 2021 3:40 AM
terrible oregairu review, barely explained anything and has 0 valid arguments. Glad that you're off the site