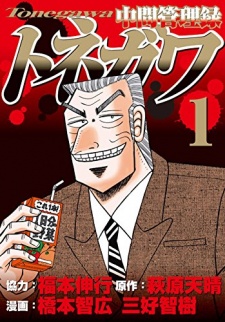 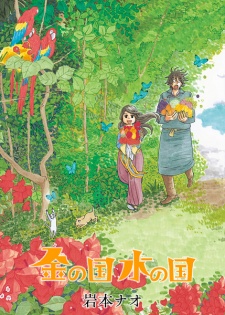 i mean great for fumino yuki

Fuck Yeah. Probably one of the lowest selling titles in this list. Hope it gets a good boost from this.

It's pretty good, I'd recommend it especially if you like food/fantasy.

Offline
Nov 2007
9158
I thought seeing Boku to Kimi no Taisetsu na Hanashi at number 8 in the list would make me mad! Then I realized Robico in hiatus might have affected the ranking. But I find it downright outrageous the Koiwazurai no Ellie didn't even make it!

I guess it's true that OmoFure and Tsubaki-chou are real popular. Personally I think it's more to do with the authors' previous works than the actual manga. I like them both but they are not absolutely amazing.

As usual, shoujo dominating josei in the top half, which is not uncommon. :)

Heard good things about Kin no Kuni, Niehime to Kemono no Ou, Haru no Noroi. Better start reading these!

Offline
Mar 2015
44819
Matoro_Mahri said:
Man, every year I get excited over this list until I realize so few of them are scanlated. Seriously, I really hope somebody gets on more of these this year.
it's always has been this case... but mentioned in stuff like this give more hope it scanlated... dungeon meshi and golden kamui was not scanlated until they nominated in this award too previous years...
#20
Doomdoctor

Offline
Mar 2015
923
Why even link to manga-updates? Is there really no better alternative?

Is Drifters really that good? I found the anime to be pretty lacking.

#21
Shinsuke_Sama
Offline
Dec 2011
219
Many of them seem uninteresting to me this time.

I also hope Bokutachi ga Yarimashita gets scanlated/licensed soon
#22
removed-user
Offline
Jul 2018
570546
Non of them are my fav for female readers, I think I should wait for Japan Sugoi award on march 2017.

And why Japanese girls love Sakisaka so much? I love her art So much, yeah her artwork is awesome but her stories is so poor. Sorry that's my option.
#23
shizaman