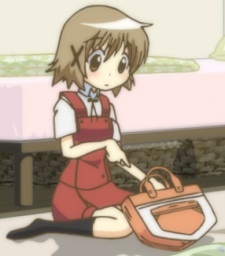 Shenhe Apr 19, 2021 9:29 AM
idk what the guy under me is referring to but you're right nobody should watch monogatari in chronological order on first watch lol

Tiago_brandao Apr 17, 2021 11:26 AM
"If you want Kizumonogatari in the chronological order you are watching anime wrong and the entire intention of the series is ruined. The foreshadowing is lost and you lose the bigger picture SHAFT tried to create for Nisio's work."

Jesus Christ talk about being a pretentious asshole

moodie Mar 28, 2021 1:59 PM
Le Portrait de Petit Cossette is, first of all, a work that tries to be visual art, about visual art. It tries to tell what is in essence a very simple story in the first place by means of short scenes using specific visual style, and only in the second place by actual conversation and plot development that is spelled out. Thus, if, after watching the first episode you decide you really don't like the visual style used, don't bother watching the other two episodes: this series is not for you.

With regard to the plot, it would be no exaggeration to state that the same story could have been told within five minutes, nor would it be too much to say that any review of the plot would also most likely divulge what little twist there is. In essence, the story revolves around two artists and a piece of art, the portrait of a young girl, and the two differing outlooks on art these two artists have: one in the end prefers the piece of art, unchanging and everlastingly beautiful, unwilling even to acknowledge the existence of the living, changing 'original' girl, while the other prefers his art to be alive in some fashion, even if this means that change and loss exist. It is a story about the love of the artist for his art, a love that is profound enough to accept the necessity of loss, even, if necessary, of the self.
Nowhere is the story explained in as much words as I've used above, or are there pieces of dialogue directly concerning this difference in outlooks on art. In fact, there is not that much dialogue at all, nor does the show try to explore the main characters: there is little in the way of actual plot or character development.
This is because Le Portrait de Petit Cossette is a Romantic piece, or, more accurately, a piece of Romantic horror. The plot is a gathering of tropes from the genre, and focuses to a large extent on the passionate love of the main characters without giving much in the way of an explanation for their feelings and behaviour, wholly following the example of the greater pieces of Sturm und Drang literature, where round characters were considered less important than the strength of what little they tried to convey. Even the fact that the plot seems confusing, and that not everything is explained or neatly given a purpose within the story can be fully explained as Romantic horror: from Poe to Lovecraft the actual lack of a full explanation served to enhance the story.
When all is said and done, the story might not be all that original, or contain a lot of development. It is, however, very true to form.

The art is simply gorgeous. A lot of different styles are used, from simple nature backgrounds to what has been described as &quot;bargain-basement Salvador Dali&quot;, with an emphasis on portraying scenes in twilight or with light that is filtered, seemingly in order to make the few bright points stand out more. Even though not all styles work out equally fine - especially the more surrealistic scenes tend to be a bit over the top - they do usually perfectly portray the mood of a certain scene.
To this is added a soundtrack consisting largely of semi-classical music that does a wonderful job in strengthening the different moods, ranging from simple, uplifting tunes to a ballad that is beautiful and haunting, even though it is sung in Japanese, which does not really fit the mood.
It is true that this show is pretentious, as is, it should be said, all art, and visual arts have a tendency to be even more pretentious than music or literature: the use of a French title (containing errors in grammar, spelling, and syntax, to boot, as it should have been titled &quot;Le portrait de la Petite Cosette&quot;) is in itself proof of this, as is the bundling of a whole bunch of different musical and visual styles. On the other hand, it is quite honest about its being pretentious, and it must be said that, in the end, what matters in visual art is the art, not story, and not character. Anime is visual art, and no matter how good a series is, it will never be better than a solid book in portraying story or characters. What it adds are visuals, and these enhance the story in a way words alone can never do. To me, it is not too pretentious to try and make the story revolve around the art, and not the other way round: in a way, that seems to be what anime should in the end be about.

I won't lie. I consider Le Portrait de Petit Cossette to be the best piece of film I have ever seen, without a single doubt. As implied above, it is very difficult to make an objective statement on story and art, as you either like the style, or you don't. To me the different scenes do connect, and portray a story about longing, love, and sacrifice that portray thoughts that can be felt, but not put into words - though they can be shown.
In a way, I am in love with these three episodes like the protagonist is in love with the painting, and, thus, am unable to see anything that could detract from this impression. Perhaps that simple fact is the greatest compliment a show can receive.

moodie Feb 21, 2021 11:28 AM
lmfao this is the shittiest form of communication @anik. but stay golden ponyboy

danizi Jan 5, 2021 6:17 AM
saw ur post on forum about Wonder Egg Priority and i instantly remembered the big Shaft fan on twitter