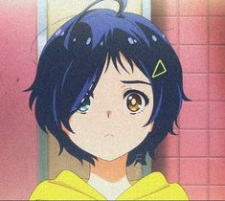 timeforproblems Yesterday, 8:25 AM
i just realized how cute your profile is, nice work

Pages_Pages Jan 30, 5:15 PM
Your taste is trash? Take it from an curmudgeon, your taste is pretty fair and I understand why your favorites are what they are. Are you planning on watching Saint Seiya by any chance? I think you might like it.

Fluffygreygrass Jan 29, 9:14 AM
list your favorite egg girls in order

TheBigGuy Jan 22, 1:02 PM
I see. It's already grist to the mill of some piracy advocates.

La-Luxius Jan 15, 8:13 PM
Thanks for accepting my friend request and have a good day!!!

LordSozin Jan 12, 9:03 PM
You know very well that me boycotting anime won't matter a damn in the grand scheme of things. It will only serve to satisfy my own beliefs and ego. I guess what I'm trying to convey in this whole discourse between us is that we shouldn't embrace these pro-lolicon, degrading, and pedophilic depictions in media and that include anime. We shouldn't let it slide. We shouldn't just defend to purely defend a show while ignoring those depictions and nature.

You get what I mean?

LordSozin Jan 12, 8:18 PM
"But considering lolicon is one of the fastest growing genres among doujin circles in Japan, I doubt anything will change."

LordSozin Jan 12, 9:49 AM
If the entire industry is pro-lolicon then it's a social issue. This social issue in Japan is quite notorious: It's no secret that Japan has some serious problems with pedophiles, the culture surrounding sexism and women, and its limited laws that combat against these problems. It comes down to not about whether I or others like it or not, it's about NOT embracing these depictions in media. Even if a series such as Mushoku Tensei uses these elements to tell a supposed compelling story. I'm fully aware that as a foreigner, my actions are very minuscule. But given the growing presence of anime in the face of the world, it's not a secret that it does bring awareness to the problems at hand.

Also, I can only think of one studio in my favs that did some questionable things. And that in itself is matter.

LordSozin Jan 12, 7:20 AM
I see you often in forums, which means I come across your profile frequently. Thus, it's no surprise your enthusiasm for Studio Bind's works. But hey, you do you. Keep telling yourself that studio is the goat with their recent works that involve some weird and questionable obsessions.
All Comments