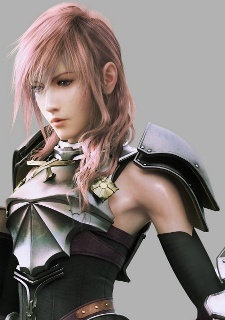 vansonbee Jun 8, 2:17 PM
Hey buddy, just wanna confirm that Sidonia no Kishi S3 isn't worth waiting for, cause the manga was bad?

I just finished s1 and was about to start s2, is s2 any good or lost clause?

G3n3ricUs3rnam3 Apr 19, 10:18 AM
Im not sure who this kokubushi is, is he in the manga? and douma too, im not sure how that's relevant to what im asking. And how was tanjirou's flashback foreshadowed by shinobu? tell me everything. i dont know if i wanna debate if hxh is good or not, since thats irrelevant to what we're talking about here. im asking about how tanjirou was able to defeat these demonand my SOD is not sensitive towards all manga except for hxh i do realize that hxh has flaws too. U havent talked about my complaint about the demons being way stronger so arent u suspending ur disbelief of this show? idc about cocushibo or duuma i asked u about how tnjirou was able to defeat those villains even without fighting alone it doesn't feel right to me. if u can explain y hes able to do that then i'll be satisfied.

G3n3ricUs3rnam3 Apr 19, 7:19 AM
For me it is generic, because every outcome of an arc is a always a battle between the mc and the villain. There’s even the cliche where the mc gets flashbacks to his sensei or whatever and gets a random powerup. Also known as a retcon, and also known as plot armor. What also annoys me a lot about kny is that the villains are always WAY stronger than the previous villains and instead of a slow and natural progression with power we get giant leaps of it and it’s really jarring, there’s a youtuber called NewWorldReview who’s made a video about kny and talks about this problem. And somehow tanjirou manages to defeat these demons, for me I just have a hard time believing that tanjirou defeated these demons even if he trained for 2 years, if you do think that this is normal to you please explain, also correct me if i’m wrong he defeated a powerful demon ( I think it was a fake twelve kizuki ) with his ribs broken too.

G3n3ricUs3rnam3 Apr 19, 4:24 AM
Calm down Im not handicapped, anyway nice talkin to u ur points make no sense and so does this anime. And why do u want my opinion on the first 26 episodes of hxh? And kny doesn’t have plot armor? and it’s not generic? Not gonna argue with ya anymore.

G3n3ricUs3rnam3 Apr 18, 9:58 PM
LMAO, then that just makes muzan fucking incomptetent!!! Why didn’t he just stop the heart and just kill her? LMAO. Well EVEN if movies have scenes like that then it’s just bad writing. Lmfao just bc movies have some bad writing doesn’t mean you can just use that to defend anime or any form of media. And how do you not find it repetitive? It’s literally just “crow tells tanjirou location of the demon, he goes there and defeats the demon” rinse and repeat. And no, not everything is generic LMFAO. Hxh isn’ bc of how wildly new and different each arc is.

G3n3ricUs3rnam3 Apr 18, 1:01 PM
LMFAO im not reading the manga anytime soon this shit is way too fucking boring, generic, cliched, repetitive and predictable for me to read. I’ve only heard things about the manga, i dont know everything, but im pretty sure that michael jackson was scared of yoruichi and wanted to do nothing to do with him or his descendants, so he kills tanjirou’s family but does it make any fucking sense that he left nezuko alive?!?!!!!?!! Is there any deeper meaning there?!?!!???! And another issue i have with kny is that why should i ever care for nezuko? She’s never been fleshed out enough or EVEN HAVE A FUCKING PERSONALITY!!! SHE DOESN’T EVEN TALK SHE ONLY GETS A FEW LINES OF DIALOGUE IN THE FIRST EPISODE!!!!! WTF!!!?!!? Another issue i have with kny is the world-building, it’s very lacking and b4 u start saying that this is only the first season, u can still implement WB in ur first season. Let’s look at hxh, (spoilers if u haven’ seen it)so far we know that there’re different types of creatures in the world, there’e many different and diverse ways to be strong, e.g. a guy uses snakes, a girl uses bees, a guy uses a sniper, a guy uses cards, a guy uses a fishing rod, a guy uses needles and we also know that there is technology within this world, we learn more about the geography and that there’s a family of assassins that live on a mountain and in a mansion, we learn about the unusual dynamics between the zoldyck family, we learn that there’re different abilities like scarlet eyesAnd another issue is that characters lack depth or aren’t interesting and b4 u start saying that this is only the first season, u can still make characters interesting or have depth or unique if ur a competent writer, let’s look at hxh again killua is raised by a family of assassins and he’s sick and tired of killing ppl and just wants to have a friend, when he meets gon his character arc begins, leorio’s backstory makes complete sense for why he’s like this in the first place and even represents real world problems, kurapika wants to kill the phantom troupe and is only scared that he’ll one day forget about killing the troupe, it shows on how hell-bent he is on killing them, but he does actually choose his friends over and really does care about them, gon is a really unique mc bc he doesnt care if its right or wrong, evil or good, he’ll be friends with anyone as long they benefit him, he’s selfish and very cruel as shown that he just leaves bee girl asleep in the forest with dangerous ppl who’ll kill to become a hunter or with dangerous creatures, and ANOTHER issue i have with kny is the inconsistent tone and TERRIBLE use of humor, in a serious arc suddenly out of nowhere there’ll be a funny comedic scene.

G3n3ricUs3rnam3 Apr 18, 5:24 AM
ok, maybe gary stu is the wrong word. anyway the best ep is not 19 lmfao, that shit is a recon and a cliche. what do u mean plot armor and plot convenience doesnt apply to first chapter? that logic is fucking stupid, plot armor and convenience can apply to ANY chapter, u can establish things without PA or PC. and if she didnt survive IT WOULDVE BEEN REALISTIC. lmao im on ep 24 now i hope ur happy.

ToG25thBaam Oct 24, 2019 9:00 AM
Yo, this is kind of random but what's your thought on what I said about Angolmois? Just wondering if you think that I was misguided on saying that and if you think there's a reason behind that very specific directing choice of showing what they showed.

LiedElfen Apr 16, 2019 12:03 PM
While it's true that Carole and Tuesday as of episode 1 doesn't have romance the anime will have two seasons and 24 episodes so there's plenty of time for romance to be in it, i ubderstand your point though but i said probably not definitely and i used the word probably because i wasn't 100% sure, if there is indeed romance do you think that it would be the girls with supporting characters or different?

LiedElfen Apr 15, 2019 3:03 PM
Hi, i made you a question in the romance post(carole & tuesday), i asked what is your reasoning behind saying that mal isn't a reliable source when it comes to tags for original anime series when what i said using the tag was that it would probably have romance. Do you think that it eon't have any romance? Because romance seems to be a really big tag and genre for the show.
All Comments