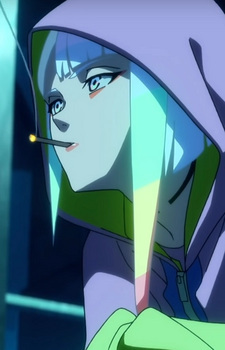 _STIFLER_ Feb 13, 8:59 AM
I love the fact that you appreciated Nozoki Ana....I never thought someone besides me would actually rate this manga high....like wow the story is so complex....every turn and twist is so heart skipping....I really respect this story....

Bold_n_Brash Oct 18, 2021 8:41 PM
I've only seen Dorohedoro's anime so far. (It was such an enjoyable series, I gotta read it soon). And yeah, I think Dorohedoro was more consistent because it knew exactly what it was doing (comedy, grunge vibe, and mystery), but Chainsaw Man tried to do too many things, and make you feel too many emotions, in a short span of time, I think.
idk, my memory of Chainsaw Man is incredibly hazy, I may have to go re-read it. Since it was one of my first manga, I was so in awe that I didn't notice many flaws (other than in the Assassins arc, that arc was a bit lackluster, in my opinion).

Bold_n_Brash Oct 18, 2021 1:27 PM
I think that perhaps the author deliberately didn't explain or buildup anything in Chainsaw Man's 2nd half just to be as hype as possible. But yeah, I liked the pacing of the 1st half better.
And I think that it was easier for me to accept the lack of explanations in the 2nd half because I thought CSM was already set up as a wild and whacky manga from the start. idk.
I hope part 2 of the manga will fix these issues. And since the author seems to be taking a while in starting it, I think CSM part 2 may at least be better on a technical level.

Also congrats on having seen 1,000 anime! (Should this be something to be congratulated for?... I don't know).

IHaveNottReddit Feb 9, 2021 10:34 PM
Because thats the point of public animelists? Keep it private if you dont want people to know how much bias you have

Weebookey Jan 21, 2021 12:12 PM
If you thought Antarct dying was sad then that’s the tip of the iceberg :((
Highly recommended though! Easy read
All Comments