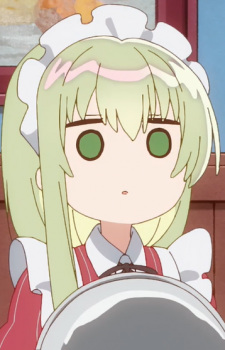 GanSan May 12, 2:16 AM
Ah don't worry, you did per PM because you did not accept my friend request back then, remember? :stap:
Plus I had my comment set to private that time :blobpat:

Zacko May 8, 2:27 PM
Noticed my stack mentioned here by @bastek66 and another stack with the same name that was created a week after I made mine.
I also saw your response (@tingy) on @bastek66's profile telling him how to report a duplicate, but you had my stack in the image, was that just a mistake?

Make sure to check the dates if you report it as a duplicate:

Also, what are the rules regarding duplicates in general? I was a little bothered that someone created a stack with the exact same name as mine, but it has a different (and nicely written) description text and some differences in shows, so I didn't consider reporting it, but I'd be sad if my stack got incorrectly reported and taken down instead.

luminality Apr 7, 5:53 AM
The non-linear interest stack is really cool! Maybe Touka Gettan would also be a perfect fit for the interest stack as well :)

TripleSRank Mar 23, 4:27 AM
I am so offended tingy Nah, I actually figured there was a good chance you'd deny it if you saw it on discord before you saw the profile comment. No suspicious offers via DM, honest. xD

On another note, I'm rewatching/finishing Naruto right now since that feels like part of my childhood I kinda left hanging. It's stirred up some nostalgia for the old One Piece simulwatch we did with Crafty way back. Good memories. I still visit that old thread every once in a while.

Maybe once I'm done I'll finally get myself to go watch Seirei no Moribito like I intended to years ago, seeing it's still at the top of your fav list.