This topic has been locked and is no longer available for discussion.
#1
Snow
News Team
(ﾉ≧∀≦)ﾉ ☕ 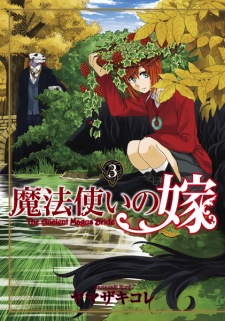 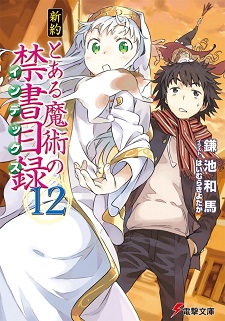 Well, i didnt know it's selling so well... nevertheless It deserves ;p
Anime is epic!

Very happy to see all of them in the top 5 this week. Monster Musume will probably hit there sometimes in the future as well. Glad to see NT doing well too. That reminds me, I should go read the latest chapter..
#5
-Karoshi-

If you mean New Testament, the wait for that may be quite long.

Oh... Look at that the series is finally showing signs of getting anime boost. Prison school selling fairly well. I bet when the anime airs it will get a huge boost in sales.
#12
ichii_1

The ansatsu boost has been revealed.
Every volume has been boosted by 15K+ for the last several weeks but isn't shown on the list because it only goes to 50.
#13
Iamnotjamil

Not to be facetious but you do realize you can buy the Yen Press release? 3 volumes out (4th in april) & good translation quality. Give it a try
#14
-ShadowClaw-

Offline
Mar 2012
1664
Prison School : This series has already been selling so well before the Anime was announced i Guarantee once it airs the sales would jump immensely XD

Monster Musume: This series has already been selling so well even before it was announced to have an anime and it has been doing well in the top of new yorks best seller top 10 adn had already reached over a 1 million copies sold ....Trust me for a Harem ecchi manga to be this popular already before an anime was made is really rare these days which shows how good it is.... XD

Do you understand he's talking about this spin-off by Kino no Tabi's author and not about the original series?
#17
Jatz

Kinda surprised that Nourin is on top 10. The anime was average, but the light novel might actually be good.

That No. 20 title though. Light novels with long title have become a trend in the recent years.
#21
loli_a_ravioli

why do they hold back on animating index? Ln is awesome

this ^
#24
RedHair-Shanks
Offline
Sep 2014
110
Amazing sales for assclass and some people said it didnt get a boost lol.
#25
IciBurn

Wait Wait, this actually sells? Fuck YEAH ^^ I was under the impression that not alot of people read it since its so odd but this is great new!
#26
riqueterremoto

Offline
Jan 2013
2289
Just a little more for One Piece new volume to appear on the rank.
Plus the previously one to appear with 3kk+
#27
removed-user
Offline
Jul 2018
570662
Mahoutsukai no Yome in first place? Awesome news!

I can't wait for the release of the english volumes.
#28
soulless4now

been waiting for more chapters to start reading Mahoutsukai, but seeing this 1st on the list is much wow! i should read this now

Threshold this week for the bunko rankings was 5673.

For what? Manga or novels?

For manga, I believe Oricon counts the top 500, but we only have access to the top 50. Lower rankings are probably made available to firms in the industry, which is who this data is really produced for.

The novel ranking on this site is an amalgamation of several different rankings put out by oricon (with their rankings adjusted and irrelevant volumes excluded). The main one is the top 50 bunko, but there's also the top 50 "books" (a ranking that excludes bunko format and manga, amongst other things) which usually has a significantly lower threshold, as well as a "light novel ranking" which is also included. Not included is a separate light novel ranking posted on the oricon website which has really limited restrictions on what is included, and a light novel series ranking. Again, data is counted well below the cutoff points but this is not made publicly available.

There are a couple of other rankings for novels that are just the ranks with no sales figures which are publicly available and go down well below oricon's ranks (top 500 in the case of POS), but these are ranks only and often have a slightly different order to the ranks we see on Oricon, on account of having different sources for the data. Similar things probably exist for manga as well but I don't follow manga sales enough to know what they are.

Figures in red means that there are weeks missing from the data.

The anime already boosted Vol 16, released Dec 19th, from the usual ~70k to 108k, plus the previous volumes probably sold more as well.


Oh... Look at that the series is finally showing signs of getting anime boost.

The live action movie is coming out in a couple of days, so there's a lot of talk and promo for it all over mainstream media right now. That's probably helping.
#41
Laciie

I know that, I was talking about Alternative version =)
#44
Hikarusuke

Offline
Apr 2011
1700
Ansatsu Kyoushitsu domination!!
#45
Tengai
Offline
May 2012
7002
Never heard of Mahoutsukai no Yome. Looks good!!
This topic has been locked and is no longer available for discussion.
See All Discussions