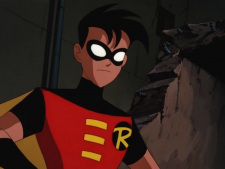 naturalbrawler May 20, 9:33 AM
How's it going man? Still under lockdown? I am still working from home. It's not that bad once you get a good schedule going.

Just finished Assassination Classroom Final Season. That's been on my list for ages as 'Watching'. I loved the first season much more than the second season. But I finally sat and finished it and even though there was a huge gap of when I last watched the Final Season, the ending got me all teary eyed. The anime will be added to the collection after all.

I just added Hulu to my streaming so there's a ton of anime on there, like crazy amounts so the goal is to go through everything they have on there since it's faster watch it there than trying to load Kissanime onto my iPad and then connect it to to my tv.

Anyways, just wanted to update you on the anime stuff. How's the anime going on your end?

Ezekiel_01 May 20, 7:43 AM
Hello there. I saw you in one of the forums on Kids on the Slope. I just made a review of the anime. Am I curious what your opinion about Kids on the Slope Anime? I am curious. naturalbrawler Apr 25, 7:54 PM
Same here man, I think this is the end of like week 6 or something. I've lost count. It seriously sucks what's happening cause time is still moving forward but we stuck at home. I had so much planned for this year and one by one, everything got cancelled. How are things going for you? Have they given you a date when you can go back out?

naturalbrawler Mar 28, 9:52 AM
You too man! How are things holding up there?

I've been home for the past 2 weeks now. I am still able to work from home tho so weekdays are still busy. Don't know how much longer this will go on for.

naturalbrawler Dec 28, 2019 11:04 PM
You too man! How the holidays treating you? Been super chill and relaxed here.

naturalbrawler Dec 14, 2019 10:15 AM
I really want to get into reading manga but I'm already finding it hard to just sit and watch anime. I still feel like I need to buy them and have them on my night stand so it'll tempt me more to read them. Gotta find some way, hahaha. NOOOOOOO, I didn't know about their kids :( but I kinda guessed they would've had a few.

&& that's the best part about anime, they can show anything and everything their heart desires and that's the reason I keep watching. But glad to see that you're moving forward in life.

OH DAMN! Didn't know they were already working on a sequel series. I try staying away from all DBS related stuff cause I'm sure I'll catch a spoiler here or there so doing my best to just keep away. AND YES, the Frieza saga is just something else. That's one thing I love about DBZ is that each saga just has it's own style and holds different memories. I seriously can't wait for the Android stuff to go down, it'll be awesome seeing Goku take the backseat for awhile while others take charge. Such a badass anime for sure.

You'll really like Baki and Kengan cause it's just raw fighting, and just blood guts everywhere. But nothing too gory or anything, just stone cold fist to fist action.

I'm down. We can also do it the old school way and pick an anime and watch an episode on our own time and just discuss each episode within these comments?

naturalbrawler Dec 8, 2019 9:24 AM
Yeah, even though I've been watching anime, there's just so much good stuff coming out that I can't keep up with it all. I still need to watch Berserk but from what I've read, it isn't as good as the old ones? && I've actually have had Naruto Shippuden on hold so I gotta get back to that so then I can start going into Boruto.

That's good, you wanna get major stuff settled down first and then you always have time to seal the deal which is basically making it official if anything. You already have the main part of the relationship down so you guys should be good.

Ooooo, you got me all excited for it but I gotta stay strong and keep AOT on hold until it's all done and finished. Is DB Super still going? I thought it finished? (i'll check after this message)

DUDEE!! I'm in the Frieza Saga tooooo!! Gohan is currently on his way to Guru and Vegeta has completely lost it. I am going to continue with DBZ along with movies and the DB GT and movies and then SUPERRRR!! I am hella excited!!

Oh damn, I just got the Demon Slayer OST on right now, I've heard a lot of good things about it, haven't watched the anime yet.

As for Baki, you gotta watch it. It's so much action and martial arts, just damn. I also recommend watching Kengan Ashura, I feel like you'll enjoy that one too. The CGI style animation is something you gotta get used to but after awhile you don't even notice it. So much fighting and tournament style stuff going on in both anime that it just hypes me up. There is about to another season of BAKI and it is gonna be super epic with another big tournament happening where unbelievable fighters will be joining in and just give it chance!!

Also, we gotta pick an anime that we can watch together on the side since you're back. I kinda missed doing that with you. Something new that we haven't seen and it'll be fun to watch it and write about the episodes like we used to. If you're up for it? Let me know :)

naturalbrawler Nov 27, 2019 11:06 AM
Usually near the end, everything gets hectic so I'm gonna say that you've just gotten used to handling everything, hahaha. That's how it is tho, even though it's all busy and hectic, it's pretty fun at the same time. WELCOME BACK!! nice to have you around again.

I'm just waiting for so many anime, like AOT, to finally end so I can watch the entire thing together. I've only seen the first season a few times and then I always stop cause the cliffhangers be tooooo crazy. After I finish watching the entire series, then I wanna start the manga (or so I hope to).

Nope, I haven't seen it. I am staying away from all of that right now. I rewatched DB earlier this year and currently rewatching DBZ and loving every second of it. Going to be watching all the movies as well as DBGT and then making my way to DB Super. By the time I get to Super, the DUB should be completed. It was tough to dodge all the spoilers during the release of the movie but I made it through!! :) Oh so you're just reading the manga or watching DB again?

CONGRATS!! That's amazing news and yeah, there's no rush since you guys are practically doing everything besides the 'official title'. Just enjoy the moments and see when you're ready to make it fully official.

Everything is pretty damn good, can't complain. I am actually on break from work this entire week so spending it just relaxing and catching up on things that usually slip through the cracks. I am really excited to hear that you're back for good tho, it's nice to talk about anime with you. I don't really talk about it with anyone else so this will be nice.

Currently rewatching Diamond no Ace as well cause I haven't seen the second season onwards and I believe the third season is airing right now too. Also watching JOJO which I believe you've already seen? I have so many anime that I am either watching for the first time or just rewatching that it excites me cause I missed watching this much. Now that I am working, time really hasn't been on my side but being organized and making tons of lists/schedules really helps me get a lot more done.

What all are you gonna start watching?

naturalbrawler Sep 2, 2019 11:27 PM
YAYYYY, he's still alive!! :) excited to hear the news, I won't ask any questions about the BIG news but I'll wait to hear the full story from you!! We really do need to catch up, more than half the year is gone and we haven't talked much, but no worries, I'll be here! :)

naturalbrawler Aug 17, 2019 8:58 PM
Rewatching DBZ, too lit!! I'm in still in the first saga with the Saiyans. I fan girled like crazyyyyy when Goku showed up to save everyone from Nappa. I'm at the point where Vegeta is about to fight Goku, I need to open like a window of 4 hours to watch it peacefully.

Rewatching Hunter X Hunter cause it's on Netflix and I couldn't help myself and already like 79 episodes deep. Makes me so sad to watch it cause I know what happens and the emotional roller coaster that will happen soon. Even though i know the full ending still, it hurts but pushing through.

Still watching JoJo but I need to make sure I continue watching it cause right now the top 2 anime listed above are taking up all the time.

Just updates :) hope all is well with you.

naturalbrawler Jul 14, 2019 1:21 PM
Just finished the first 2 season of Jojo. Really enjoyed it. The first part was kind of boring but I read that you need to push through it and it gets better and they were right. Joseph Joestar is a complete badass. I just finished it yesterday and started the next season. I hope it gets better and better. The good thing is that there are so many episodes so I want it to continue to be awesome cause then I'll have tons of episodes of awesomeness ahead of me.

Also going to start other anime too. I've been doing the thing where I watch one at a time but at this pace, I'll never catch up on all the anime I wanna watch so going to watch multiple together.

Just wanted to give you updates, hope all is well with you :)

naturalbrawler Jun 2, 2019 9:28 AM
BAKI!!!!! Just finished watching the new BAKI 2018 on Netflix. It was pretty damn epic because of all the martial arts and just so much action!! I started watching it from beginning last night. I was debating whether I'll watch it or not when I started the 2018 one but once I started watching it, I knew I had to go back and watch it from the beginning. The only thing stopping me from watching it from the beginning was that it's from 2001 and the animation isn't something I'm used to. But it's actually pretty fun to watch and I like the amount of action they add. You should check it out if you haven't already!! :)

naturalbrawler May 7, 2019 5:14 AM
Grrrr, super sorry man. I keep forgetting to check the comments when I'm on here. We really need to find some time to chat like the old days. So much is changing but I love how this remains constant for us, anime and myanimelist. What's up with you? What's new?? I still be telling people that I have a pen pal from London! Hahaha.

I haven't watched the new movie, I'm keeping it on save until I watch super. It was so tough to not watch it when it was in theaters but I pushed through.
All Comments