This topic has been locked and is no longer available for discussion.
Pages (3) [1] 2 3 »
#1
tsubasalover

Offline
Nov 2007
30322
noitaminA announced their series line-up today, which includes a variety of new anime announcements. They also mentioned that one TV anime per season will be aired starting Spring 2015, so they can concentrate on producing noitaminA movies, such as the upcoming Psycho-Pass Movie and Project Itoh works.

Saenai Heroine no Sodatekata
A prologue for the previously announced TV series has been revealed, along with the theme songs for the series.

Synopsis
The story of the original novel revolves around Souhei Saikawa, a member of the Saikawa Research Lab. On a vacation held for the lab, he meets Moe Nishinosono, the daughter of his mentor, who joins the group on their vacation despite not being a part of the lab. After meeting each other, the two end up finding a corpse. The two work together to solve the mysteries of what becomes a serial murder case. (Source: ANN)

PV for All Three: https://www.youtube.com/watch?v=j7op0bEjjvM

Psycho-Pass Movie
A trailer for the movie was released which announced some additional cast members.

Project Itoh Works
A third movie, Shisha no Teikoku (The Empire of Corpses), has been announced, as well as directors and studios for each movie, and a special PV for the project.

Movie by AnoHana's staff
The previously announced movie by the staff of Ano Hi Mita Hana no Namae wo Bokutachi wa Mada Shiranai. will have its title revealed at the Chichifuyo Festival on December 3rd.


Update December 3
It was announced during the event, as well as on their official Twitter, that the title of the movie by the AnoHana staff will be Kokoro ga Sakebitagatterunda. (心が叫びたがってるんだ。). More information will be announced at a later time.

Offline
Jan 2013
4063
I'm interested on the PP movie and the movie by the AnoHana's staff.

Need more information about the others.

Offline
Nov 2011
125133
A lot of interesting titles but no premise yet for Koutetsujou no Cabaneli. The English title is apparently "Knocking on the Walls of the Armored Fortress" with this little image: 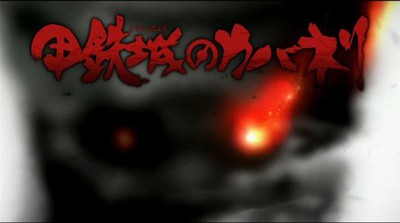 It's from the team that made Attack on Titan. Also, Wit Studio is involved which would make their fourth project that they are working on (Rolling Girls, Koutetsujou no Cabaneli, Seraph of the End, and Attack on Titan Season 2). I assume one of them will debut in each of the season with possibly the one announced today being 2 cour(?). Seriously, this studio has so much work now that SnK 2 would have to be delayed.

The Punch Line anime made me LOL. Hard to take it seriously tbh.

Subete ga F ni Naru looks decent but I wonder if A-1 Pictures can handle the job. Ranpo Kitan: Game of Laplace is directed by Seiji Kishi and I already have a bad feeling about that. That's also the first time I heard about the Empire of Corpses from the Project Itoh franchise. Can't wait to get the novels sometimes in the future. I think it's possible to get all three in a bundle if you buy the collection set.

I guess they are going all out this time with 5 new anime announcements and expansion updates on the already known series.

Looking good though. I predict at least one of the novel adaptations will air during Spring. Hopefully the ones that have decent source material get 2 cours. What a way to start off for the holidays. HAPPY THANKSGIVING.

This and 2 more tv shows next year + a movie. No wonder why they pushed SnK s2 for 2016, Wit Studio literally got fuck ton of work to do.
#7
Chibi-Alice

Looking forward to Psycho-Pass Movie the most.

Offline
Feb 2012
6428
noitaminA always bringing in that fresh air into the industry with their originals.

Offline
Sep 2011
33437
I must say though Saenai Heroine no Sodatekata sounds really bland and out of place for a noitamin block.
#19
Stark700

Offline
Aug 2011
1583
Everything looks super interesting except for the Punch Line thing. Which sounds kind of ridiculous and a little dumb but... in MAPPA I'll trust.
#21
Maor

Offline
Mar 2014
18200
Looks alright so far, Project Itoh really interests me and Punchline looks like something A-1 would make, the character designs also remind me of Nanana, hopefully that's all they have in common.
Also hyped for whatever that Anohana's staff movie is, asking for some sort of sequel that doesn't make me cry at how bad it is is probably asking for too much though.
#25
vegetablespirit
Offline
Mar 2014
2421
Laciie said:
Everything looks super interesting except for the Punch Line thing. Which sounds kind of ridiculous and a little dumb but... in MAPPA I'll trust.

Funny you should say that. I think Punchline is the only interesting thing here, but my tastes aren't too conventional.

Offline
Jan 2013
1529
noitaminA hype! Mappa's "punchline" looks extremely Gainax-esque... seems like a hit or miss title for me. other than that I am very much looking forward to these shows.
#27
_Yamainu

Offline
Aug 2008
70
What the hell Punchline synopsis, is this still Noitamina? Is Maruyama still working at MAPPA? Its time they change the block name to Otakumina for once.

And Kishi, spamming his name in yet another project...... what a waste now that a Real Novel is going to be adapted.

Hyped, this is gonna be great, and those colorful designs look nice.

Don't really care about anything else.
#30
Laciie

Offline
Aug 2011
1583
sevendeadlywins said:
Laciie said:
Everything looks super interesting except for the Punch Line thing. Which sounds kind of ridiculous and a little dumb but... in MAPPA I'll trust.

Funny you should say that. I think Punchline is the only interesting thing here, but my tastes aren't too conventional.

Tbh the weird thing about it was the thing about underwear destroying the world but MAPPA shows usually tend to be down my alley so I'm definitely going to keep my eye on it.
#31
VioLink

Offline
Oct 2007
2932
I guess yet again I'm the only person that thinks this lineup looks pretty blah. I'll have to wait until I see more but looks like just a bunch of soulless hype and fanservice shows for the hype crowd to hype themselves over but are ultimately disappointing outside of just being a cluster fuck of hype and wasted potential. The movies and Harmony may at least be a little bit more promising though yet anime has a way of horribly bungling and half-assing anything that is supposed to have a more complex social commentary kind of storyline anymore so not really getting my hopes up too much until I see more of what they're doing with Project Itoh. Yeah though pretty "blah" feeling coming off of most of these do to reasons of either staff, producers, premise or all of the above.

I don't know but anime kind of needs to prove it can do more again than just satisfy a bunch of people looking for something to just get hyped over for a few months and than discard. Something a little more meaningful and not just blatantly commercially oriented that doesn't feel patronizing and like the staff aren't really committed in reality. Right now for me at least 2015 looks kind of like crap so far save for that Lupin III project supposedly coming out in Italy in the Spring and Knights of Sidonia Season 2.
PeacingOutNov 27, 2014 10:22 AM
#33
Riniee
Offline
Nov 2013
307
Many interesting titles but mostly i'm interested in Psycho-Pass Movie
#34
Quoo
Offline
Jul 2011
156
Are we going to be able to finally experience ever 17/zero escape level awesomeness on the small screen!?!?!
#35
Tomislavr7
Offline
Nov 2010
1935
Punchline seems pretty bad but it's still MAPPA so I'll try it out.
Project Itoh movies might be good, not much stuff is shown so far, though.
Psycho Pass movie is the top thing here for me.
#36
millo

Offline
Dec 2013
6607
Hopefully it will be a nice year, hyped up for the Psycho Pass movie (My boy Urobuchi will be handling it *-*)

Let's see how Punchline and Koutetsujou no Cabaneli turns out, they both have good studios :D
#38
umashikaneko
Offline
Sep 2013
1346
LOLLOLOL

Ssubetega F ni naru is one of my favorite novel.

I didn't expect it adapted into anime,I'm so hyped
#39
AnimeFan500

Offline
Mar 2014
18200
Snow said:
PV for Punchline has been added.
Looks like shit, I knew MAPPA wouldn't let me down. Hype.
#44
PriestSlayer

Offline
Apr 2014
6858
PriestSlayer said:
Snow said:
PV for Punchline has been added.
Rofl, i was not expecting such ecchi...kinda looks like KLK
Yeah I didn't expect it to be ecchi and some scenes really did remind me of KLK. But it might really be good lol. 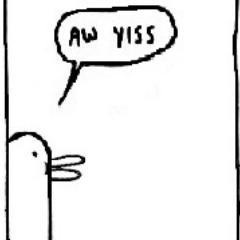 1st anime looks and sounds incredibly bland though.
"The life of Tomoyo Aki, a highschool otaku working part time to support his BD hoarding. With remarkable luck, he bumps head-first into, Megumi Kato, the most beautiful girl he has ever seen. Naturally, the meeting twists his life into a complicated torrent of relationships."
Oh really??


#48
Calculus94
Offline
Oct 2012
419
I'm pretty sure the movie made by AnoHana staff will be related to the AnoHana series and not a new work. Can anyone confirm? The picture is a series of scenes from a 58 second trailer Aniplex posted on youtube, but it's blocked in my region. 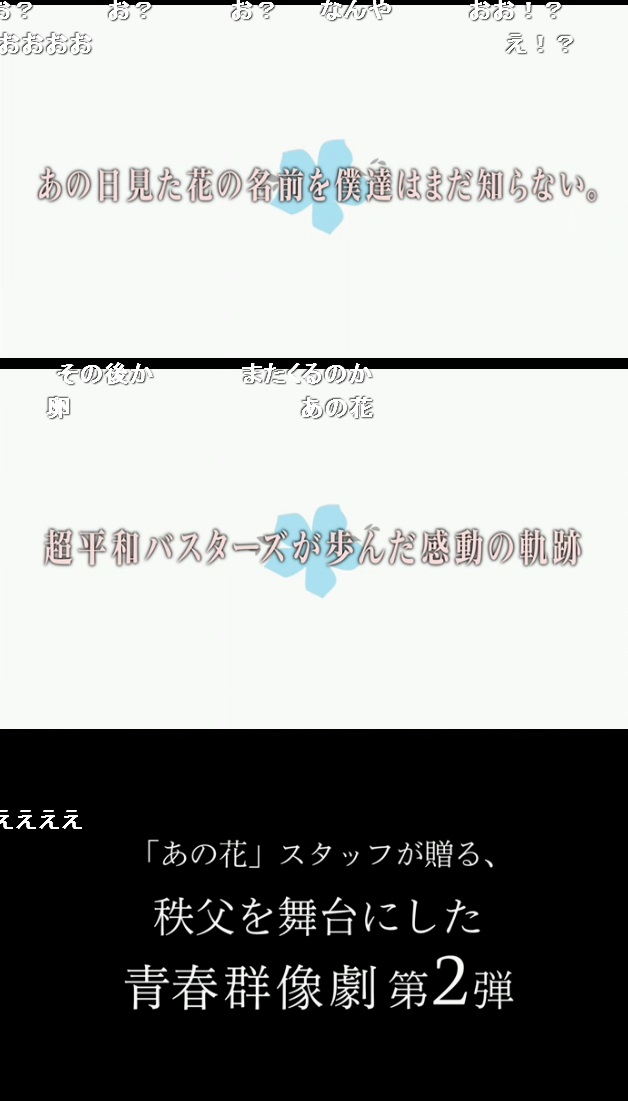