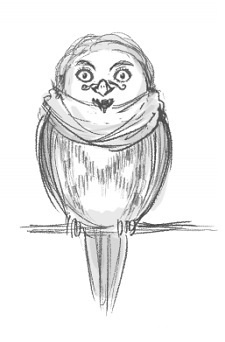 Ezekiel_01 May 20, 7:45 AM
Hello there. I saw you in one of the forums on Kids on the Slope. I just made a review of the anime. Am I curious what your opinion about Kids on the Slope Anime? I am curious. I'm late but thank u it was fun!!! How was your holidays?

27_Seconds Dec 28, 2018 1:59 PM
Yeah, Goblin Slayer is okay, but I sort of lost motivation to watch the rest of it. This happens to me all the time when I try to watch airing anime, I can never keep up with a show on a weekly basis for some reason. I put it on-hold on episode 6, not sure if I'll pick it up again or not. Unfortunately, there really isn't that much about it that would make me want to jump back into it right away.

In the meantime, I've been watching Escaflowne and Charlotte. Have you seen Escaflowne? It's really good, I love it's mixture of fantasy with mecha, plus I've been in the mood for an old school 90s series. The soundtrack is excellent too. I've been enjoying Charlotte too, I find it easy to watch and it's pretty funny.

Heavy Object? I forgot about that show, I tried watching it when it first aired a few years ago, but dropped it after the first few episodes. I just remember it being pretty boring.

Thanks, I hope you enjoyed your holiday as well.