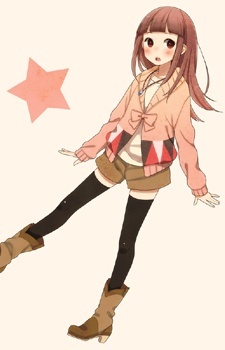 jeremypascal May 23, 7:05 PM
Maybe the commentary on 20th century culture and mass media just didn't resonate with me the same way. I've grown up in the 2000s in a small village in Germany. While we do share many things with the US in terms of western culture, there are still quite a few differences in mindset and everyday life.
I've also never been a fan of traditional mass media, I actually kind of despise many parts of it. So I can appreciate the commentary to some extend, but an entire episode of Jeopardy is kind of unbearable for me.
For the type of show I expected Ergo Proxy to be, I really prefer it to have some sort of subtlety, which it sometimes did have (I really liked the episode in which they were stranded without wind), but other times it threw things into my face that I would love to notice in the background of a more cohesive story and not as the focus for an entire episode.

This all makes it sound like I really didn't enjoy the show and regret watching it. But that's not the case at all. I also liked a lot of things about it, there were just many things I noticed that it could have improved on (in my opinion). So it ended up being an up and down for me, but I don't regret watching it. It offered a uniquely different experience and I appreciate that.

kewro May 8, 2:33 PM
Your review on Shelter changed my view on anime storytelling. Keep it up

I popped over to your profile from your review of Texhnolyze (coming from a thread for similar animes to Cowboy Bebop). Your review was super detailed - I appreciate all the thought that went into it and that little graphic you have of reactions to each episode is hilarious.

I'm excited to start watching Texhnolyze starting tonight, thanks for that review!

jeremypascal Apr 5, 7:02 PM
So I just finished watching the entire series and I'm kind of disappointed.
The story is great in a vacuum, but it was executed poorly. Ergo Proxy tried to tell it's story in a different way, but in the end it mostly felt like there was a lot of unnecessary filler with exposition in-between.
I know that with the jeopardy episode they tried to tell us more about the world and its backstory, but to me it was just 90% (very) annoying filler with 10% exposition. The amusement park episode and the doppelganger episode were essentially the same. I consider those three to be some of the worst episodes of anime I've ever watched!
While the last episode wasn't terrible, it also suffered from a lot of exposition...
The rest of the episodes were decent, but nothing special. However the pacing was all over the place and it just kind of lacked a coherent structure in general.
As for the characters, I liked Re-L, Pino and Iggy but the rest felt unnatural to me. I really disliked, that Vincent (not including the Ergo Proxy character) and Deadalus were that fixated on Re-L and had little else going in terms of characteristics. I know that may have been intentional to some extend, but more characterization was definitely needed (and possible).
The visuals were good but not amazing and the sound was also good (the dub was great).

Overall, I think that it had the story and setting that could potentially lead to a masterpiece like Texhnolyze, but the production team was unable to provide the effort and expertise required to bring a very complex and deep story to life.
Also, I just couldn't help but notice so many things that were done a lot better in Texhnolyze, so that may have hampered my enjoyment.

I'm sorry to rant like this about one of your favorite anime, but this is my (unprofessional) opinion of Ergo Proxy.

jeremypascal Mar 16, 4:51 AM
It's good to know, that I shouldn't expect something quite like Texhnolyze. I think I'll try it out anyway and maybe I'll be positively surprised.
Thanks for your help :)

jeremypascal Mar 11, 6:49 PM
Hi, I'm a huge fan of Texhnolyze and am currently wondering if I should watch Ergo Proxy as well. I already watched the first episode and am now unsure if I should continue. It's hard to draw any real conclusions for me yet, however I have to say that it wasn't nearly as good as Texhnolyze's first episode and I fear that it'll be more of a cliche "Robots gain consciousness and emotions" show rather than it being something truly unique and revolutionary like Texhnolyze.
Texhnolyze is probably the best executed anime I have ever seen and that largely contributed to my enjoyment of the show. So far, despite a good animation in general, Ergo Proxy didn't come close to Texhnolyze in in terms of speaking through the visuals and sound design.

Seeing that you have both Texhnolyze and Ergo Proxy in your favorites I wanted to ask you, if you think that I would also enjoy Ergo Proxy? Should I expect something similar to Texhnolyze or do I perhaps need to adjust my expectations? Are there any notable similarities/differences you can point out to me?

corwinr Sep 8, 2020 11:18 AM
Yo, all is well. I just wanted to cut my losses, because I was on too many servers and quit some that were either too casual or a hassle to be on. It was nothing personal, as much as I didn't have any common topic with the people that were on-board, or couldn't get an active two-sided communication going, where people would just one-sidedly relay their thoughts without caring about feedback. So it turned into a situation where I would either shitpost or write things out of spite most of the time, and that's not in line with my comfy life goals and all that. Thanks for the consideration, but I likely won't be rejoining the servers that I quit.

-II Sep 8, 2020 7:42 AM
Read some actual literature like Chainsaw Man or Fire Punch son.
All Comments