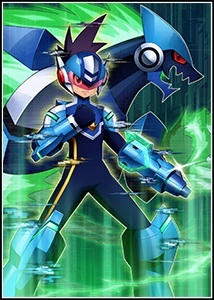 Just wondering since you live in Jordan.

Oh so he's like the main antagonist of the FGO universe? Those other servants you mentioned, are they like completely dead or something? Also, I keep seeing a lot of fan arts of Tamamo no Mae. Too bad we don't get to see much of her in any anime.

Yeah I know it wasn't Jesus. It just has that feel. Also, his voice really makes me rejoice. What's DW? Around what episode do you think we get to see the three goddesses? People have been hyping up Eresh for quite a while so I wanna know what's up with her.

I get that they inhabit humans as a vessel. I don't get is why the real Rin and Taiga would be present in that era. It would be understandable if it was during present time where Rin and Taiga are actually alive. Also, Eresh is another Rin face right? How does that work? Or is it a spoiler?

Seems like they gave the MC some personality by giving him PTSD. I kinda liked what they did there. Also I was a bit confused with some of the flashbacks in episode 4 like who was the one at the beginning talking about the singularities. And did they just give bread to Jesus? And why tf was Taiga there lmao

-Riptide- Oct 15, 2019 8:16 AM
Whoa really? Goes to show how much I've been away these past few years. So everyone from the fate fandom are pretty much gone?

But damn you still have 21k forum posts. For someone who said the forums are dead to them that's kinda impressive.

Veromaye Oct 5, 2019 6:40 AM
I keep forgetting that those stuffs exist. Probably because it was a pain to fight them -.-

I think is going to be fine, i mean in production and content terms, probably beyond our expectations. I don't have high expectations tho xD is more like I really want to see it animated.

Ahh! I guess is just that there hasn't been too much discussions about the anime i was watching, so that's why i haven't been jumping to talk here.

Hoping that with Babilonia anime, i'll be more active around.

Ligkonakos Jul 7, 2019 12:16 PM
Extra pay was sweet, but I spent half of it to my chiropractor. Can't complain too much, the work environment is always superb.

God damn so many controversial topics lately regarding the gaming industry. One with the EA retards, another one with the Mordhau devs and today I saw that PUBG is banned in Jordan?? Your people must be mad. xD

Also, it's this time of the season again so I'll only ask casually: How are you finding this season? Dr.Stone? <3

Ligkonakos Jun 23, 2019 12:41 PM
Good on them for getting the schedule right. There are few things worse in a job than having crunch time; it's so psychologically demanding that you go ahead on a slippery slope in terms of efficiency/work ratio. Been there, done that and I don't wish it on anybody.
Idk, seems to me that blowing the budget on the "stage" in an idol anime is not what you'd want but perhaps I'm wrong.

I really hope so. Gacha is identical to lootboxes and those really need to stop. Not sure if you saw the recent news with EA & Epic Games discussing LOOTBOXES with the UK Parliament... ridiculously hilarious, they even went ahead and told them that they aren't "lootboxes" they are "surprise mechanics" and that the majority of the players like them! Good grief...

Yeahhh I suppose. But when I hear everyone else struggling (in other courses) in just like 'wut'. I just hope they do well lmao. And yeee I feel like I wasted a bit of my first and second year but I don't think it's ever too late.

And fuckkk you should watch them bruh. Outside the memes obviously, they're really enjoyable stories. Glad to know they get better but I can't binge them because my friend wants to watch them with me.

Radiant is hard to put into words. Like it's a mix between Fairy Tail and Black Clover if I could compare it, but it's just good at what it does. Character designs are great as well.