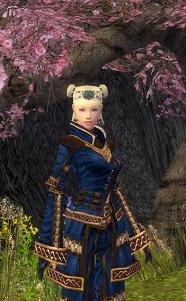 erev Jan 23, 2018 2:52 AM
Honestly I'm not sure, I think I might have read you around on the kujira no kora wa sajou ni utau episode discussions and then saw you liked some things I also liked.
Sorry for the random request haha

Bodkin Mar 6, 2017 3:10 PM
Thanks for the reply I appreciate it.^^
I really feel ashamed each time I remember that I have yet to watch any of his movies.so naturally the next question will be
Which one of his movies is the best for starters?

Bodkin Mar 5, 2017 4:23 AM
TY got accepting & sorry for the randon add :)
We seem to share some fav and you happened to like two of Myazaki's films in which I'm really interested
And would like to know more about them

OsaX Nov 28, 2016 10:01 AM
At the very least we can agree that the backgrounds were kinda awesome. Really enjoyed just looking at the architecture and how well they managed to draw it and put into the world. That was nice. Sadly the rest didn't do it for me.

Books are still superior IMO, at last in most cases. Right now reading the Malaz Book of the Fallen, loving it so far (around middle-ish tome).

Bangalo Nov 28, 2016 3:03 AM
Ok, that makes sense. I kinda fell like I was being interrogated lol. What about you, How did you get into anime and What do you specifically enjoy about your favourite anime?

OsaX Nov 27, 2016 4:46 PM
I see. Well in my case I was really getting annoyed by many small things that made me drop even before half of the show. I then risked spoilers and read few reviews, from which I gathered basically "19 episodes of nothing and then rushed ending which makes no sense".

Characters were shallow and one dimensional as fuck, not only MC, but his sister, the old guy, the fighter-guy, even king. Duke was bad, king was good, the alchemist was cunning - plain as day. What triggered me was how the script writers couldn't get around the idea of presenting the information to the watcher. Like, somebody talks to somebody and says stuff that nobody would ever say like "well mr. minister of foreign affairs *full fucking title in non-formal conversation*, I need you to do this and this because I'm so cunning and *explain everything*" when that didn't make sense. He/she knew what she is doing. The other guy knew, he was into it. Why say such long monologue for no reason? Oh, right, the script said so. Ugh.
Even the damn last episode I watch made me kinda annoyed. When they left Paris to follow the russian guy suddenly MC and that little brat are like "my sister travelled this very road, ahh!". Ok... how the fuck do they know? Was there only one way up north? They didn't even knew she went to Russia few episodes back. And then instead of using ship they're like "we will hire the same dude with his carriage that helped the russian guy even tho clearly his horses aren't the best". And "we will make him carry us to Russia". Ummm.....

This is just from the top of my head. I didn't care about unrealistic setting (I'm totally fine with historical fiction or alternative history), but the way they put the supernatural elements didn't make sense to me and seemed to be in odds with rest of the world. I dunno, too many things triggerring me.

Well, off to the next I go I guess. Hope what I wrote makes some sense :P

2. The morning TV session back in 2006. They had Naruto and one Piece on there. Tho late 2013 was when I started immersing myself into the medium and began watching series other than Naruto and One piece.

4. Because I like your shit (anime taste). Do you think I'm tryna get in your life? This isn't Facebook.

Tell you more in regards to what? I'm assuming anime and manga. But there's so much to say that i don't even know where to start. Why don't you asked the questions :)

Toadesstern Oct 24, 2016 12:41 PM
yeah I guess. I mean take KonoSuba for an example, the guy in charge said most of the derpy things were intentional because according to him that makes the scenes better in motion even if it looks horrible in a single frame. So maybe you just need someone in charge who doesn't say stuff like that.
Obviously just speculation but might be it.

Toadesstern Oct 24, 2016 8:49 AM
Thought this might interest you:
"They finished Rakugo 3 months before it air[ed] and had an ex shaft director so you shouldn't expect anything close to it from them."
so thaaat's why it didn't look like shit

I just edited the white text a little. @_@

I'm gonna write a super pretentious review of this anime when it finishes.

Alternatively, I can write it now. *thinking emoji*

It will revolutionize anime.

Anime has been saved.

It's shit, but not gonna lie, I lol'd

I started to notice these issues near episode 14.

Shigatsu i haven't seen yet.
LOL, Well.. I dont mind it at all, I think every show in the Top 100 is overrated to someone, I use the word overrated on a lot of stuff, most of the time overrated doesn't equal bad/shit its just the I dont agree with the praise/acclaim the show has.
So I can understand when someone think some show is overrated, but calling them complete shit is what i find to be weird.(In case of my high scores :P)

No Game No Life is still overrated imo, I think i will lower its score to 5 very soon, but what often prevents me is that the show is fun and creative with beautiful art-style, so i think a 6 is acceptable.

The thing is I'm still watching Re:Zero so i dont know, but yeah its definitely on par with Yamato and Anohana and ERASED with being very overrated.

But what annoys me more about Yamato is that its over-looked and forgiven all the time, like i see many people shit on Re:Zero, man people shit on ERASED, or on most of the top 100.
While for Yamato there isn't, I understand that its not popular, but why people with low mean score who always act critical and shit on popular stuff forgive its bullshit? why? Hypocritical double standards that's why.

As for now, two more episodes and it will be Yamato+Re:Zero, but Re:Zero has two episodes more, so it can redeem some flaws.
All Comments