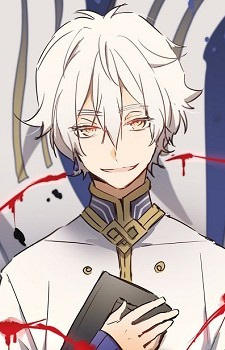 Hhhh you're right, you could say she lied to her own feelings, if you read chapter 164 you will understand, oh man that's the best chapter so far, in this chapter we were shown how Chizuru really feels to Kazuya. it's very heartwarming.
Do you have no intention of becoming a manga reader XD

Oh i see~I'm glad it was a happy ending, Harem ending is the best choice for everyone :)

As a manga reader I say there is no possibility for them to team up, because their initial goals are different, maybe you have seen a lot of spoilers on the internet that Eren's main goal is freedom while Reiner is only a recognition of being Marleyan so that he can live happily with his mother and his father. but not as expected. From then on his goals was not only to be recognized as an honorable Marley, but also to kill all Paradis and become world heroes.

I can't choose between Miku and Nino XD maybe I would prefer Nino because after the motorcycle arc she really caught my heart :)
I also manga reader btw What are your thought on Manga ending??

Tbh I just got a spoiler that the ending is an open ending, where all the girls are free and no longer be spirits and feelings for Shido are also gone. The ending was quite sad for Shido as he had to part with all his harems.

Yeah that's the greatness of Isayama he can make you confused here determining who is bad and who's good, because everything is not evil in AOT.

Thanks and your'e welcome :)
Oh so you know she is Miku, she's very Waifuable.
Have you seen Go toubun??

WaterLord Dec 27, 2020 8:34 AM
Oh wow, we had the same reasoning to go to the LN xD man of culture spotted :) yeah, i also feel that i got what i wanted and that her character was complete/reached the peak of development. And samee, more Kurumi is always welcome! xD Tbh i still didn't read anything from Encore, might have to think about it soon.

Yup, exactly, i just wanted DAL to be switched to another studio, or if that wont be the case, JC Staff needs to get their shit together and give us something worthy, not just, okayish/mediocre like they did with III. Yesss they need to adjust the pacing and not rush it! Nia's arc is pretty amazing and Mukuro's arc takes 2 volumes of the novel and is one of the best arcs imo. So, with Nia's arc (1 volume) and Mukuro's arc (2 volumes) we have a total of 3 volumes, and i dont believe they will enter Kurumi arc this 4th season, that would be way too horrible. So, i do believe we can get a readaptation of the Ituska Disaster volume.. We'll see xd

I hope so too, since DAL will go to its 4th season, it would be just stupid if they dont finish the story in anime format, it would be just plain cruel to the fans and the anime onlies. Ahh yeah, Natsumi's was also quite f'd up.. at first i didn't like her so much, but after reading her backstory i immediately thought to myself, well, this totally makes sense that she acts this way, and so i immeditely left those bad opinions behind me.

About the Re manga, yeah i've finished it, and the ending was fantastic! Couldn't have asked for a better ending in fact! All i wish is for a damn reboot of the anime because the anime doesnt do any justice to the manga at all

WaterLord Dec 26, 2020 7:04 AM
Ahah yeah, the moment i started reading it, the more i felt the need to read the rest lol. I actually came to the novel after watching the anime, because Kurumi is my all time favorite female character and she was just so mysterious overall, and i wanted to know more about her, i wasn't totally satisfied just yet xd And for a harem show, it's definitely one of the best and DAL does it so well, there are no boring moments or plot holes i can remember, sure there are cliches and stuff like that but those exist in pratically all anime/LN/manga... etc. Comparing to so many generic harem out there that are just, entertainment galore, but have nothing new to give to the viewer, DAL is what i consider to be a pleasant surprise.

About the anime, i loved the first 2 seasons, totally. But the 3rd one though... it was good, imo, but was a downgrade, story was the same as the LN so i have no problems there, but animation was a mess and episode 12 was a damn mistake. I really hope they re-adapt the Itsuka Disaster volume in the 4th season because its the volume of the turning point of the series and some really important events happen there, like the transportation of the Spirit of Origin by DEM and Kurumi wanting to know her whereabouts.

About DAB, yeah, i think the events occur during the main story.

Ahh i see, i respect your opinion of course ahah, she was definitely one of my favorites like i mentioned on my previous message, and like you said, she evolved so much as a character, it was amazing to witness indeed. And her backstory, man, that was kinda hard to read :/ I think the backstories that got me the most were Yoshino's and Kurumi's. Possibly Shido/Shinji too, that was one of the most interesting events to be revealed in the story, the "original Shido".

WaterLord Dec 25, 2020 5:36 PM
Yo! ahah yeah, i've finished it some time ago and it was the very first LN i've ever read, and i must say, Date a Live's story is absolutely unique, concept is really well written, as the story progresses, the characters go through detailed character development and all the details, the reveals, about the characters and also the story make it even better and more solid. I've enjoyed it since the beginning, but the arcs that came after the Itsuka Disaster volume were just pure fire. DAB tho, still haven't read it yet, but i've seen the 1st movie already wich was good imo, Kurumi shenanigans, i loved it, story tho, wasn't that really spectacular, but since this is a movie, i believe they are taking off a lot of content from the novel, so about the full story of it, i don't know much about it ahah. The 2nd movie of DAB is already on the internet, so i have to check it out soon!

My favorite waifus are Tohka, Yoshino and Kurumi c: honorable mention to Mukuro!

Snow_dropindo99 Dec 25, 2020 5:07 AM
Yeah it's reached chapter 168 now, Kazuya doesn't suck anymore in manga and his relationship with Chizuru is getting closer, eventhough Kazuya and Chizuru are not dating yet, oh i see so your favorite girl in Rent a Girlfriend is Sumi :) if you really like Sumi you can trying to read sumi's spin off, the manga focuses more on telling sumi's daily life, including when she worked as a rental girlfriend.

I see ~ So to complete the entire LN it takes 6 seasons, I hope that after S4 finish there will be an announcement for the next season right away.
Of course it has got the translation, I saw at 9anime they already provide DAB part 2, you can download it there.

Yeah i think so too.
Well you could say when AOT ends only Reiner and Eren will get many favorites at MAL, because S4 is more focused on the two of them and later you will have a hard time choosing whose side you are, whether on Eren's side or Reiner's side.

Thanks, I really like it too Tohka and Tenka, both are Kawai :) 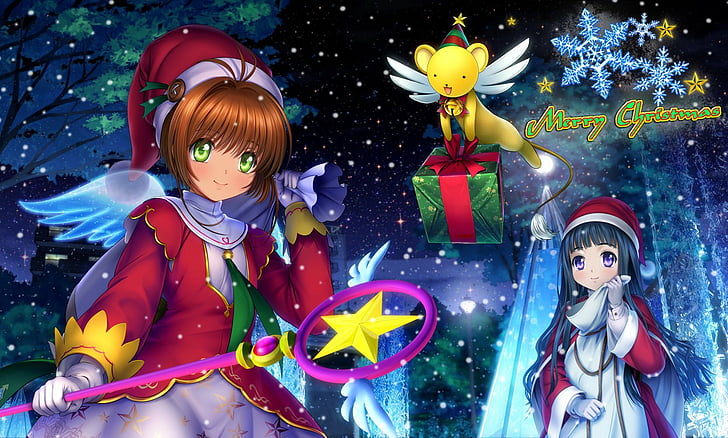 Snow_dropindo99 Dec 22, 2020 5:38 AM
Honestly I also don't read a lot of Webtoons, I only read 2 Webtoons Lookism and True Beauty, I read more manga such as AOT, Rental girlfriend, Hige wo soru, and Komi can't communicate which I read regularly now.

Oh I see ~ so S4 is not the last season, I am sure they will continue seeing Kurumi's popularity they will definitely not stop here, especially you said this is the best arc of this series, surely fans enthusiasm is very high waiting for this
Btw DAB part 2 just released a few days ago and it really surprised me, when I found out that the white queen was Kurumi's childhood friend.

Definitely, I have a feeling that AOT will beat FMBA as the highest rated anime of all time at MAL, Pieck it's a good choice, she will be character that many people like this season besides Eren and Reiner.

Snow_dropindo99 Dec 19, 2020 6:18 AM
Yeah what's wrong with secretary kim coming from a webtoon, I think now the trend is webtoons being adapted into Kdramas, Honestly haven't seen eps 3 but i saw some snippets on instagram and the scene where jungkyung and suho eat together on the school roof is my favorite, it's so cute tbh XD

Surely I can't wait for that, Btw I have one question, Will S4 be the last season of Date A Live?? What do you think as LN reader.

I've also seen the latest eps of AOT S4, many fans blame the CGI used by MAPPA, but I don't think it's that bad after seeing it, as a manga reader I will tell you that S4 is different from previous seasons and when chapters 121 -123 animated, it's sure to rock the internet world
and also do you seriously like Gabi XD?? a little leak later she will become the most hated characters in this series.
All Comments