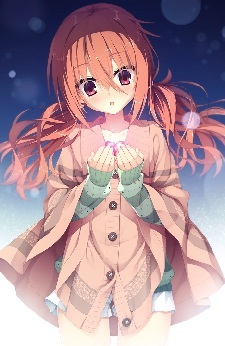 Shueider Mar 6, 8:34 AM
It doesn't have to be animes necessarily from the topic, you may have discovered it without being through the topics lol, by the way this is from 6 years ago really you may have found it on your own

Shueider Feb 8, 12:44 PM
hi, do you have any loli tsundere romance animes to pass there? that the loli or the protagonist choose

HaXXspetten Dec 11, 2020 11:46 AM
Honestly, I helped back its Kickstarter years ago. Part of the deal was that anyone that did would also be sent a physical BD copy a while before its official release. But of course they never managed to live up to that promise and haven't even said anything about it for like half a year now

I'm not sure if I'm supposed to believe they're just being late on shipping or what is going on. I'd feel awkward just torrenting it now though when by all right I should have already been given a BD copy like a month ago, but I don't really know what's going to happen

I just made my You Lie in April anime review, Heres the link: https://myanimelist.net/reviews.php?id=337896. I hope you check it out.

What's your opinion about the show? I am curious.

If you like and found my review helpful. I Appreciate the clicking the Helpful button.

-
Hey there Riptos!
Here are your
Ecchi Squad Valentine's Day Cards!
I hope you enjoy them!

PS. If you have any problems with your cards or if we made any mistakes then feel free to contact me on MAL or Discord.

neokarakos Feb 5, 2020 1:21 PM
Yeah I don't know many people who love kanon lol
Wish it was more appreciated, it's such a good show, def my all time favorite.