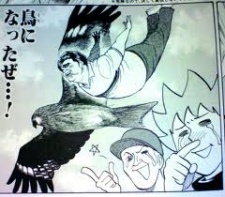 The yearly rankings thread has been posted now, sorry for the delay. We had the thread compiled yesterday. However, I was notified that there was a possibility of additional updates since the rankings seem to have been cut down compared to previous years. I decided to hold it off just to be sure but sadly it seems like it was for nothing.

how was black clover anime doing in japan? is it good or bad?

also can you help to find information about WSJ reader demograhic? especially for age and gender? even better if it over years...

so, pretty much japan people also think same, but it s pretty much still fan theory since it's never officially confirmed?

so, that's mean jump rangkings is more closer to magazien buyer reader opinion while tanko bon is popularity overall? i also heard there is shift to digitalization with shounen jump+apps? how much it's affecting jump magazine it self?

would you explain to me how WSJ rangkings works? is it same like what lot people currrently belive that it has correlation with tabble of content or different?
http://pharaodopazo.blogspot.co.id/p/wsj-rankings.html
recently i found video that said it was unproven...

Zefyris Aug 11, 2016 10:54 AM
Hello, and thanks.
And it's always a pleasure to see you coming in a thread and bringing in all those infos, it's really a great help :).
All Comments