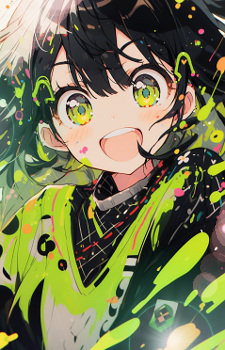 Puppyshipper Feb 23, 2019 1:20 PM
Aw that sounds nice :)
Cool, at least you get paid more with less responsibility or the same? I need to get out of my job, been looking for about a month and a half but no luck yet. Plenty of problems with staff and customers but now I'm scared to work there after having a group of dodgy people steal my phone last week.

Tried hateful eight and didn't like it. I've seen gone girl which is all right. Most of the others I've never heard of apart from Coco which was okay too. Not really watched many new movies apart from the new how to train your dragon that I loved and Wreck it Ralph 2. Kept up with watching anime and enjoyed quite a few. Completed Code Geass in January which is pretty awesome! I'm the opposite I love watching anime by myself, it's generally preferable.

Sounds like you've been keeping well^^ and enjoying life. Where did you go sightseeing?

Apart from work, I've been pretty good. Recently been on holiday to Rarotonga. Last year in November I was in Japan. Sitting my license soon. If I manage to get my license and a new job before the end of the year, thinking of another trip to Japan next year :D trying to figure out my life really.

Star Feb 11, 2019 1:31 PM
Thank you! To be honest? Because of your favorites. Mainly because of the Danganronpa characters.
I will start to watch Baccano this week.

sweetdrops Aug 5, 2018 8:47 AM
(sorry for commenting again!!) you told me that there were probably going to be many new songs you didn't haven't heard of if you logged in now, and I wanted to show you the lastest event MV!! finally a Sugarmin song between Nana and Shin!! it's very cute!!! https://www.youtube.com/watch?v=bot6uQ6bXBg

sweetdrops Aug 4, 2018 1:44 PM
Aaah don't worry!! I'm the one who should apologize! because of MAL's new problems, I couldn't access my account all this time but I finally got to recover it, I'm so happy! ; ; and yes, right? I'm so sad MAL is going through this because its kinda making the site less enjoyable, but I still missed it regardless...

I'm glad you're doing good! aa I hope you find a job!!! I'm trying to look for one too! hoping to get lucky...

I see!! It's totally understable, and yes you'd probably find many new songs!! and ohhh I relate to that so much, I also transferred my acc to my tablet and its so hard to play there ; ; but yes maybe if you transfer it back to your phone it'll be better!
Yes I do!! I'm still as obsessed as ever (maybe more? though I take it easy with the events!), i even got to spark a limited SSR this year...

sweetdrops May 27, 2018 5:27 AM
Hi there!! It's been so long!! I'm sorry I never got to answer to your message, I'm very forgetful! ><
How are you doing?? I hope everything is good for you!
I was getting a bit nostalgic today and remembered our conversations about im@s and deresute! do you still play??

beloving Mar 12, 2018 1:33 PM
ooohhh i see some Reiji Snow in that list, i used to be OBSESSED with his songs. i rarely see anyone listen to him, it's a shame

i recognize most of the artists on the list but there's a few new ones as well, thanks for the recommendations!!! i'll probably love most of the songs, thanks

beloving Mar 11, 2018 7:40 PM
oooh i remember i maybe read a couple chapters of Stretch, it was pretty calming. but i can't focus on calming and slow-paced manga at all, even if i like them

well apparently Neverland doesn't have an action tag but in the later chapters it's very action based during some chapters. it's a very fun read

aside from manga/anime recs, i also welcome music recs. i like most genres but rap, indie, and lo-fi (not sure if this is an actual genre) are my favorites. i've been kinda listening to the same songs

beloving Mar 11, 2018 1:28 PM
Madam Petit is complete but it's not fully translated. it's only up to chapter 30 i think. it does have some elements of mystery but it's not the main focus, i would say it's mostly romance. the reason why i like it is because the setting is pretty unique, AND the main male character is Indian which i rarely see. overall it's a pretty basic shoujo manga but for some reason it's not annoying and feels refreshing. can't pinpoint the reason why but i feel like it's because the characters are likable and there's no misunderstandings all over the place

(you should still give Kusuriya no Hitorigoto a try though, the main heroine is SO cute and likable. her personality is pretty unique. you'll also like it if you like the male lead to be the one pursuing the romance, not the heroine. i personally love that trope but i know that not everyone is a fan)

i actually already read Ne Ne Ne (all i remember from it is that i was SUPER salty about them not showing his face) and was in process of watching Koi wa Ameagari, it was actually the last anime i watched before i went on the brief break. the art is really cute and the characters are likable but i'm really not a huge fan of big age gaps. it just makes me feel uncomfortable unless it's done in a certain way


if you're looking for a decent action shounen i really recommend Yakusoku no Neverland. it's really interesting and gripping, haven't enjoyed reading a shounen action manga so much in a while (probably since Hunter x Hunter). another shounen manga i've been keeping an eye on is Golden Kamuy. it honestly doesn't seem like something i would enjoy but i've been hearing so many good things about it. i'll let you know how it goes if i start to read it


(i welcome any recommendations, even if you don't think they're amazing. just anything interesting or refreshing is always appreciated)

beloving Mar 10, 2018 9:21 PM
oh god sorry for the late reply! i've been kinda inactive lately, haven't really been reading or watching anything. been kinda busy lately and also have been getting bored of anime/manga. and yeah of course i'd still be using it, it's a great set haha! :-) surprised you actually saw me in forums, i'm not too terribly active on there....hopefully i didn't say anything ridiculous lmao


as for shoujo, honestly i can't remember anything aside fromKusuriya no Hitorigoto as of "recently" (recently as in a couple months ago....). actually, apparently it's seinen but it feels like a shoujo to me. i've been REALLY loving that series, i even started reading the novels, despite poor translation imo. for the less recent shoujo reads (since we haven't talked in a while i don't think i recommended these before, but i could be wrong), i've enjoyed these:

....aaand as i was making this list i realized the rest of the manga i was about to recommend were seinen, not shoujo...i guess i've been kinda enjoying seinen manga lately, without realizing it. i'll list them anyways if you want to check them out:

Kenrantaru Grande Scène (if you like ballet/dance/sports genre you'll love this, it's also kinda dramatic and interesting so if you don't like ballet you can enjoy that aspect. so far there's no romance, but i'm really hoping for a shoujo-ai twist, there's lots of vibes so far)

Innocent (i might have rec'd this already, i've read it a while ago)

what about you? read anything interesting lately? any genre works for me

Such great and important cartoons yet so underappreciated smh
All Comments