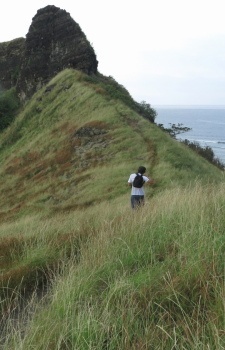 Suna_Kujira Apr 22, 2018 6:31 AM
Welcome to Critics and Connoisseurs . Please go through our Club FAQ . We encourage all our members to be active in our You Decide, Spotlight Forums and keep up with the activity requirements. Here is a link to our Old Spotlights to help you familiarize yourself with titles that have been nominated in the past. You can also find a link to our Discord server on our main page. Again Welcome!

FadingLight Jun 7, 2014 9:48 PM
Thanks for being the one that spread YKK all across MAL! It is now one of the best things I've ever encountered in any form of media.

Link is broken, do you have another link?

Dark-Evolution Jun 19, 2013 2:31 PM
I'm not so sure if you may end up reading this message or not Yuunagi but this may be the last comment I posted on your profile.

I'm planning to leave MAL fairly soon since I have other tasks in life that I need to focus upon. I just wanted to say that I have enjoyed our past discussions. Hope you enjoy your times at life as much as I have. Farewell.

cecropiamoth Jun 8, 2013 7:56 AM
Thank you for your review of "Yokohama Kaidashi Kikou". I would have given it a 10 too--or more, if I could. Thank you for the mention of "mono no aware". Having entered the world of manga, and through it Japanese culture in general, beginning in 2010, I've only recently just learned the concept of MNA. Now that I know it, though, I see it everywhere in manga--and nowhere better displayed than in YKK.

I believe mono no aware is a reflection of the great influence of Buddhism in Japan. Over here in the USA, Christianity reigns, millions of people believe in in it implicitly, and most of the rest of us at least pay lip service to its ideas--particularly its very reassuring idea that Christians will be resurrected after they die. My reading about Japan has taught me that Japan's major religions, particularly Buddhism, contain no concept of personal survival after death. A culture where the idea of immortality is not a standard background assumption has to have a substantial strain of sadness in it, along with a bittersweet awareness that THIS moment of beauty or joy, as ephemeral as it always is, is all we have, and for that reason is always unique and precious.

The other great impression I personally took from YKK was what an immense relief it would be to live there. I bet lots of people these days, like me, are sick to death of this world of overpopulation, over-complexity, murder, and war--and in general all of us who make up this excess supply of humans having to hustle from birth to death for survival.