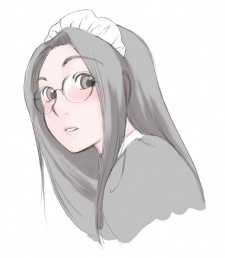 Joyuu Sep 21, 2016 4:51 PM
Sorry for the late reply. I haven't been seeing or reading much either (only Jojo's anime and One Piece's manga). I recently finished Uchuu Senkan Yamato 2199 whick I liked a lot.

LuckyAlix Nov 29, 2015 6:38 AM
Hello fellow MAL member! :D
Are you a movie addict or maybe just a casual movie viewer? If films, animated or live-action ones are something you like, have you ever wondered about joining a club where you can discuss about your favorite movies with your friends on MAL?

I find it nonsensically comedic at core while portraying the adolescence's turbulence and anxiety. Ogino's also have my support for his unwavering 'perseverance' for survival.

Thanks for the insights, I should embark on this Beck project asap.

live2win Jul 18, 2012 8:47 PM
Would you like to provide more insights on both the anime and manga version of Beck? I'll admit for me I would largely prefer reading manga, since it's the original source and I'd adequate control of the story pacing. So, unless there's something drastically compelling for the anime version, I would stick with the manga.

Still, I guess I would like to consult you about this ;)

live2win Jul 7, 2012 8:14 AM
Ello. Ah yes, the one-shots like Hotel and Emerald? I remember hunting down Boichi's ( Hotel ) compilation, most of them despite being well-drawn just wasn't as good.

It's hard to put a descriptive 'tag' on this series, but 34 chapters in, I'm still favoring Shingeki no Kyojin. It's kinda surprised it's in a shounen magazine though, the story is quite gritty. Ookami no Kuchi: Wolfsmund is another with potential, pity for the fact there's only 4 chapters atm.Also, how about Endo Hiroki's take on sports, more specifically, MMA. All Rounder Meguru?

I'm not surprised if you actually have these on your planned to read list or hear of them before though. If you need a push, these series has my vote ;)

Lindle May 28, 2012 2:49 PM
Thing is, you could totally stop after Battle Tendency and call it a day. Yes, you'd be missing out on several arcs, but you could definitely end it there.

But even then, individual arcs should be considered for their individual reasons, and while I agree that Steel Ball Run might be the best arc (or at least drawing with Battle Tendency), it isn't the best in every aspect JoJo delivers in. It's firmly the best in story, but the battles themselves were better in arcs 2, 3, and 5. And the brevity of 2 is a stark contrast to the sprawling conspiracy plot of 7.

While I agree that inducting JoJo as a whole would be good, fact is, each one has their own individual merits unique to it, and they should all be treated as their own entities.

Lindle May 27, 2012 10:20 PM
And again I have to ask why exactly it is you're abstaining on JJBA2. Plus, this time, short of FOE changing his abstain to a yes, it's definitely failing.

Though I am curious... why an abstain, anyway?