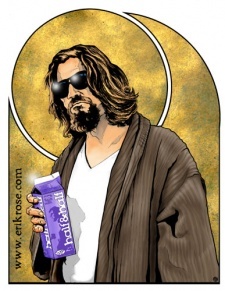 Certvalue Today, 2:51 AM
ISO 14001 Certification in Saudi Arabia Procedures shall be established and maintained for activities, merchandise, and services that may have vital impacts on the surroundings.

shreku-chan Yesterday, 10:26 AM
damn I love your pfp

PSN Jul 31, 9:28 AM
some of your reviews have helped me better understand what i read/watch. thank you!

OhsnapitsDavid Jul 31, 2:57 AM
You have one of the best reviews on here. Hater's envy the amount of shows you have seen before them.
Anime 4 life.

ArmenK Jul 30, 8:58 PM
You’re too old for this, please find a decent hobby that doesn’t revolve around virgin podcasts

Rachiba Jul 29, 8:40 AM
I finished watching His and Her Circumstances and everything would have been fantastic in its story if it didn't have such an empty ending, at least in the anime. I guess I'll go to the manga to find out more about what happens.

SgtBaitMan Jul 27, 3:28 AM
What an unexpeceted reason, yet definitely suitable for the distinctive something that gives people peace of mind like Aria. There were 'the light where there's no water', the secretive, independent Alicia Florence and Akira Ferrari,... then I have found another trait that I could love. Thank you for your share of interest.

SgtBaitMan Jul 24, 3:43 PM
I had thought that you would give me the sound of silence as a reply, telling me to go out there, finding my own voice, yet also to remember that punctuation is the most important thing in writing a review. However, I received an insider's opinion about how to work it out. Thank you for taking your time answering me.

I'm totally in agreement that to firmly understand the course of actions, as well as the development of characters, one has to revisit a work for a certain amount of times, or simply do the notice work and analyse. The latter sounds a little professional to me, though. *XD* In that way, after having left all the emotional aspects aside, what remaining is, even though still one's subjective opinions, something close to the (in)famous objectivity. Also, while a whole is often greater than the sum of its parts, it is also true that the very little details are the foundation of something's caliber.

Not only clearing my doubt, you also showed me how to experience a cinematic/animated/ serialised work in a better and more artistic way. This advice is definitely helpful, in order to improve my reception of a certain work.

P/s: If possible, I would love to ask for the reason why Athena Glory is your favourite from Aria. On my side, I couldn't resist the urge to hug a cat that could fit my arm, though it is a crime to let it into that state. That's why I have favoured President Aria.

Hope you could have many lovely days with work and family, Sir.

Kiraki_1120 Jul 21, 4:28 PM
Amazing review for NGE! Really well explained and objective. You are truly one of the best reviewers on the site!

I just read you review on FMA, and I have to applaud your conviction.

But saying that, I do have to question your logic. Anyone who gave Evangelion a 5 really has no idea what makes a good story.

You say you're working on a graphic novel with your friends, and that you have artistic tendencies, but I think you need to study more - especially as you list JRR Tolkien as one of your favourite authors. Tolkien was a skilled author, but he was no genius. Try reading some Jules Verne, or Thomas Mallory, or even Shakespeare. You'll have more of an opinion then. As for the philosphers you listed in your reading material, why only Aristotle and Nietzsche and the like? What happened to Plato and Socrates - and for that matter Alexander - who was Aristotle's student. What about Descartes? Why not read Dante or Machiavelli?

I won't question your musical tastes, as that is purely a reflection of the self (and no - that isn't based on Jung or Freud), but judging by your choices you're definitely not a happy bunny.

I DID find it offensive that you categorised the people who liked FMA as 13 year old EMO kids who like Naruto and cut themselves. What category do I fall into then? And yes, that is my REAL age. And yes, I DO hate Naruto - but likewise, I never enjoyed Dragonball either.

I would like to see this comedy series that your in as I am quite intrigued. From the amount of humour you have given me so far by pure accident, I have high hopes for your show.

Going back to FMA for a moment, you touched on the subject of it being pseudo-philosphical, and you really don't seem to like the whole alchemy bit either.

What if I was to tell you that quite a few of the ideologies in the show are actually very Nietzschean? Read between the lines in Thus Spake Zarathustra and you'll understand what I mean.

Additionally, the creators of the show have done EXTENSIVE research into the area of alchemy. They included alchemical topics and terms that you just don't get by accident, and can really only be found by study. I am apalled by the fact that someone of your apparent intelligence has blatantly ignored the fact that the creators of this, and many other shows, draw on the myths, legends, cultures, and histories of many regions of the world. Oh, and the whole thing about equivalent trade is a Socratic argument (which you obviously didn't see). The reflection of equivalent trade is very apparent in this world - ever heard of the phrase "nothing for nothing"?

The japanese aren't held back by religious and historical bias in the same way as people in many other parts of the world, especially the West. Oh, they do have their own hang ups and prejudices, but it doesn't quite work the same. Take Yami to Boushi to Hon no Tabibito for example. If it had been created in the west, it would have been lauded as blasphemous as it shows Lilith and Eve to be sisters (I'm assuming you know who Lilith is as you claim to have read the bible). The idea of Lilith and Eve being sisters is an EXTREMELY old legend, and is believed to predate judaism by some scholars. The legend also forms part of the basis for the original tripartite goddess (used in greek, roman, jorvik, etc, mythology, as well as various forms of magic).

I've read through your other reviews and I have to wonder if you were watching the same animes as everyone else. Howl's Moving Castle may have been a complicated story, but - and this is important - if it had been written as a novel it would have been a bestseller. The same goes for a lot of Mayazaki's work. The problem isn't that you don't get the story. The problem is that you refuse to open your mind to the possibility that you don't actually understand people and how they work - and that's what makes Mayazaki's work different - they're character driven pieces.

Judging from your reviews, and the scores you have given to some of the best STORIES in visual entertainment, I begin to question the list of reading material you've posted. I wonder if you've actually read and, more importantly, thought about and understood all those books, or if you just put the list up to impress people as to how well read you are. Like I have said before, anyone who has had an original thought, or knows what makes a good story, would ALWAYS be a fan of Evangelion.

I have to take my hat off to tatsumi78, as he makes many good points that you have clearly ignored in your efforts to rant about a particular show, especially one you claim is for kids. Surprisingly there are a lot of themes in the show that you only really understand if you're an adult, so your claim is clearly not based on any real evidence.

Going back to people for a moment. Your reading material has left you woefully inept at viewing the lighter and darker aspects of human nature. You probably also missed the point in FMA, of naming the Homunculi after the Seven Deadly Sins (although these are also a myth as they are a part of Dante's creation).

I think that, if you're going to review anything in life, you should understand the concepts behind it. In your case, I would expand my reading material, and actually take the time to engage in abstract philosophical conversation (e.g. Describe blue without using the word blue), with like minded people. I would also suggest that you remove the blinkered view of the world that you have (and this is eminently highlighted by many things you have done unconsciously - your use of language for example, and your automatic bias towards things you deem "uncool" or "girly").

Finally, I would remove the image you have of yourself in your mind, as this is your ultimate escape from reality. People automatically view themselves through the so-called "rose tinted lenses". Your habits and hobbies only show that you, like all the rest of us, are human, with ALL of the failings. If you were truly intelligent then you would look at yourself first before prejudging anyone, or anything, else.

I do so look forward to reading more of your reviews though, as it always amuses me how people always seem to miss the point...