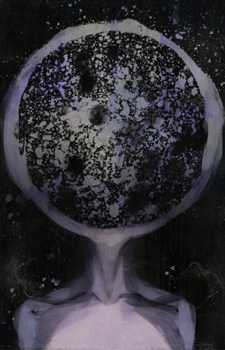 SteveJobs17 Jan 29, 3:06 PM
bro homie i think you meant to click "complete" each time you finish an anime, not "dropped" xd lmao

Yup.
MAL in a nutshell.

I haven't played any of the games you listed, but I've seen gameplay of Nier: Automata and heard of Ace Attorney and Danganronpa.

I understand what you're saying about experience. After all, video games are interactive stories. It's true I won't be able to immerse myself into the video game by watching a playthrough. I won't know what it feels like throwing a stormtrooper into the sky (Force Unleashed), fighting for my life against wolves (Tomb Raider), or finally beating an enemy after 50 tries (Dark Souls). That's okay with me, though. I'd rather spend a couple hours watching a playthrough at 2x+ speed than three times the amount playing the game because, like you, I take my time playing a video game, appreciating the characters and the world. If I didn't have work and other interests, I'd devote the time to experience video games.

I spent the last hour trying to remember the name of this Skyrim mod (The Forgotten City). It's being made into a standalone game. Have you heard of it?
https://www.pcgamer.com/the-forgotten-city-is-being-completely-overhauled-but-that-means-its-delayed-too/

I stay away from video game adaptations, too, since they suck. I couldn't get into it, but Netflix's The Witcher adaptation was popular. It had a lot of dialogue and action. I haven't played the Star Wars game, but I really like the trailer. It had a good story.

If it's cool with you, let's just chat on Discord. Thanks. :)

Most of the games I've played I borrowed from friends, so I've only played mainstream games. I'm interested in independent games, but I never got around to purchasing any on Xbox Live. My tastes have also changed since I was a teenager. I mostly play games for the story.

I haven't played any of the games I asked about, but they've been on my radar for a long time since they're considered some of the greatest games of all time. I'm surprised you've played many of them. I planned on playing the games you played, but I'm not in the mood to play video games now, so I'll see if I can find playthroughs on YouTube. :D I don't know why, but I tire of video games quickly. It's a good thing GameStop didn't hold the games I recently purchased! It would've taken me years to play them all.

I was interested in Planescape because I like Dungeons & Dragons. Disco Elysium looks cool. If you didn't already know, they're developing a television series based on the game.

If you haven't seen Star Wars: The Old Republic – Knights of the Fallen Empire – “Sacrifice” Trailer and Overwatch Animated Short | “Dragons,” I hope you like them!

Do you have WhatsApp?

2deep4me Nov 22, 2020 1:34 PM
Friends are enjoying Majo no Tabitabi, Tonikaku Kawaii, and Akudama Drive. You may want to check them out if you're looking for good anime.

I didn't count #5 as a girl since it was a soliloquy, although a girl is in the background, so #8 is actually #9. *sighs at error*

I chuckled when I read "Th-thanks." I love your communication style!

2deep4me Nov 8, 2020 2:30 AM
Regarding the late reply, don't sweat it! I sometimes take a break from anime and am not on here for weeks or months. I'll check out those titles. I like cute girls, especially voluptuous ones like those in your collage. :D Specifically, #3, 4, 7, and 8 are stunning, although I don't care for the horns on #3 and 8. Thanks for responding--and providing an entertaining answer at that!