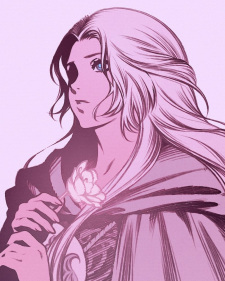 Truefatesenpai May 29, 7:08 PM
u said no friend request if u dont know me but i know who u are, ur my long lost dad and anime is not shit kys

Droxi Jun 19, 2019 5:04 PM
I don't even know you and haven't even spoke to you before, so what makes you say that? Oh its because you had some message conversation with your fellow incompetent admin friend 'Suna_Kujira' which I'm sure he discussed you about me and you will blindly follow him like a brainless sheep than know what actually happened from the opposing side. The guy comes across rude and blunt in his messages rather than handling members approval with more of a professional and kindful approach and then compares certain anime scores from me to his which doesn't align with his taste, is apparently an adequate reason for denial to the club. That's the most ridiculous and pathetic Ideology I've heard, and I'm sure you think alike with him. But yeah, I argued with him and called him out for his bullshit because having different preferences on certain anime from one another is a justifiable reason to not accept someone in the group? lol Gtfo..... The real 'idiots' and 'Morons' are you and him.

Unowen May 9, 2019 6:54 AM
I now partially regret opening your profile too often

Got my visa and finally settled down ;-; married now

vinroy11 Apr 15, 2019 2:20 AM
I think you made a mistake on the Resurrected anime of the week. You put Devilman even though the linked anime is Barakamon.
All Comments