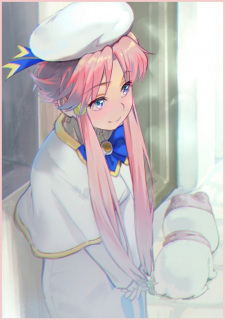 fractionoffiction.wordpress.com
AIM: for the pantsu!

RedInfinity Jun 12, 3:16 PM
Hey! Absolutely, hit me when whenever you want to strike up a conversation! That's awesome that you know my brother, although I can't find it surprising since we do share a lot in common!

Space_Boyfriend Jun 8, 5:06 AM
Why are you calling me out Fleur!? I just wanted to say hi to my good friend litnerd and Maximus67 😭

Ichisanyon Jun 4, 11:04 PM
Sorry for late reply! I've been busy with school. I just graduated high school so now I have more time to watch anime. I have a liking for cute or wholesome things. But I also enjoy an anime profound characters or story ^.^

RdTheSadSloth Jun 1, 3:01 PM
Thank you for accepting my friend request, have a great day!

Royal-Guard-Reli May 9, 7:52 AM
It's chill, we all have lives lol. But my my that seems like quite a burden to have on your shoulders O.o It just sounds tiring, then again I'm a sucker for tedious stuff too. Psychology is a weird beast, and frankly I think the field can be summed up with a dog chasing its own tail. There's so, so, so much about the brain we don't know - some people are even still arguing in the definitive concept of "consciousness" even exist, the same way we argued for years (and still are) of the soul exists as well. One year something from Carl Rogers is valid, another year it's not and some neo-Freudian touched up one of his theories and it's valid again - then another year due to some new data, it's not. I think we're all just trying to play arm's-race with a neurological system we simply don't have the understanding, and I don't think we ever truly will understand, into different boxes, under different psychoanalyst - we eventually start putting them into statistics, we're putting the vast complexity of the human mind. . . into statistics? I guess what I'm trying to say here is that: psychology is something I both love, and hate academically for all the ersatz pretentiousness associated with it. It's greatly, greatly tiring to me and it's why I could never study it for a career on its own. =.=
About the 4 days things, yeah. . . when I put my mind towards something I get obsessed with it to an unhealthy degree lmao.

Would you believe for the longest time I disliked music? What a weird state of mind that was C__C Also, I envy you so much - I always wanted to learn how to paint, but I guess countless hours in arcades shot that down to oblivion. Do you have anyone you can talk to in your immediate life about your passions with stuff like this, or at least know you feel that way about it? In my experience those around me don't exactly seem to feel in a similar respect.

Well, this is a funny coincidence - two weeks ago I got told by my school that for 3 semesters I got the top 5% of grades in all my classes, I'm getting offered a scolarship and will be studying in Texas very soon for CS. I was greatly shocked, frankly I thought I was barely passing, but I had the literal highest grades possible in every subject. . . that's kinda scary. Anyway, I haven't heard much about texas except the food is great, girls are hot - and the guys are drunken idiots. We'll see how I fit in soon I suppose lmao. I'm sure I can find some gym buddies there, but it may be hard finding another jiu jitsu gym. . .

Otherwise and before then I've been binging a ton of Netflix shows and am TRYING to get back into newer anime, but it's so difficult, as well as those shows that have slipped through the cracks over the years. I consider myself someone well versed in the medium, as well as someone who is not afraid to say the golden age for anime is dead, and at this rate will stay dead for a very long time - but if I want to articulate my points well, I'm going to have to have valid arguments supported by evidence, I may know the past extensively well, but I'm still letting the future of anime, even if dull, slip by. So I'm doing my best to watch and give them a shot! . . . even if I don't like most of them!

Oh yeah, I followed you on letterboxed and dear god looks like we've both watched way too many movies as well.

PandanLeafSan May 6, 5:26 PM
Hi! I wanna say how beautifully written your reviews are, especially GITS SAC and Nana. Reading them makes me love these series even more and it helps improve my own reviews. Thanks :DD

nightshadekait May 3, 6:53 PM
Hey! Thanks for accepting the friend request. It was nice meeting you over the weekend. I also sent a follow on letterboxd and noticed Santa Sangre in your favorites!! It's been on my watchlist for a while now. Would you recommend it?

Ichisanyon Apr 24, 8:02 PM
Hello! Just want to say I like your reviews a lot! They're well written and I see you in the review section a lot. I just started watching anime last year but took a break for half a year. Is there any anime or manga you would recommend to me? I see we both like Yokohama Kaidashi Kikou :D

Royal-Guard-Reli Apr 18, 6:06 PM
Hey, what the hell? You're in tech too? What's your field? I'm a computer science major myself o_o And study a bit of psychology on the side too. As for me, it seems we share a similar dichotomy, I have kind of an. . . embarassing history. I was homeschooled starting at 6th grade, and finished highschool at 13 by just doing ALL my schoolwork as fast as humanely possible. So I had a lot of free time, free time I spent having a lot of thoughts about things and wanting to write about it. So I wrote about weird, weird things. At some point I found myself writing reviews. . . about Pokemon. Not the games: specific Pokemon. Then I found myself writing lores of fictional worlds, and it kinda spiraled. I wrote a few reviews on MAL, but my magnum opus, so to speak, was one day deciding to write a tag for ALL the anime I've watched. . . I did that all in four days, and was on the verge of vomiting by the time it was done lmao.

I've always had a strong interests in fiction to the point that when I was a kid, I almost found fiction more "real" than reality, luckily that time has past lol, but it was sort of the "proto-stage", so to speak, of me realizing that art and life just reflect back into each other, so it's always fun trying to see what message someone is trying to be convey about life in their fiction.

Royal-Guard-Reli Apr 16, 8:08 PM
Heyo again! Guess why it took me so long to reply? (and dear god I hope you don't find this creepy... C_C) I went through all your reviews and found them amazingly written! I don't mean to stroke your ego but you have some strong literary traits. Are you in school for writing at all? Or do you write about other stuff?

Also, I gave you a follow on Letterboxed haha.

Royal-Guard-Reli Apr 5, 5:20 AM
It's really awesome to see another Penguindrum fan! I'm glad all these years later fans still love and enjoy it.

donthomas18 Apr 3, 9:02 AM
Your eloquent reviews drove me to be a better writer. Thanks for that.
All Comments