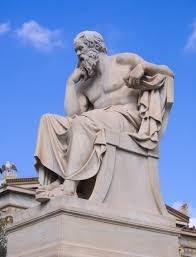 YusukeU Sep 26, 2021 2:33 PM
I saw that you have akage on anne on your top, I would like to understand your logic a little, why the work is so well-regarded, if not even the book series is a good interpretation, and neither is the anime which is very weak compared to just a book, which by itself is not very well written.

If you can answer me why the work fascinates you so much, I appreciate it.

Xiaraith Sep 16, 2021 12:52 PM
Quick friend request there, but seeing Anne as your favourite character (as well as a few other things), I'd be hella foolish to deny it ^-^

It is, but it's definitely less active than it used to be outside of I guess the film side of things.

CodeBlazeFate Aug 24, 2021 12:39 PM
Indeed it is, and the attention to detail in depicting said craft, on top of some gorgeous shots, really helps sell it.

Aiyele_Ahiru Aug 12, 2021 8:13 PM
Np, oh wait one more, since you don't seem to mind magical girl shows perhaps Tokyo Mew Mew can be a fun casual watch/read since it basically tackles the genre with a touch of nature and how it's treated, the girls transformations also involve animal themed forms which adds to the cuteness. ^^

Overall its nothing too noteworthy but can be fun if one doesn't mind casual fun, there is also a reboot/remake coming up, maybe that one is more worth watching if it will adapt more faithfully.

Aiyele_Ahiru Aug 12, 2021 6:12 PM
Hmm, that's a good question since I'm not too familiar with too many Anime which has nature in focus, but one which I've seen which is particularly good is Mononoke Hime which focuses on humanity and their relation with nature and it's inhibitats. It has quite a great flow where something tense always happens and looks stunningly beautiful for a 90s movie coming from Ghibli. Highly recommended! :)
https://myanimelist.net/anime/164/Mononoke_Hime?q=Mononoke&cat=anime

Also, while I haven't seen this one yet it's main cast is pretty much canines and their fights against a bear which sounds rather nature-ish to me. https://myanimelist.net/anime/589/Ginga_Nagareboshi_Gin
Perhaps it's sequel is also worth watching?

I have only taken a sneak peak at this one but Wolfs Rain seems to involve Wolfs disguised as humans and the earth decaying, can't say for sure if it is about nature in it's entirety but why not have a look? https://myanimelist.net/anime/202/Wolfs_Rain?q=Wolfs%20rain&cat=anime

There, hope that helps. It's good to see some members which are open to older classics and do not judge things by their dated looks. Keep it up! ;)

Recynon Jul 24, 2021 10:23 AM
Yeah there's no denying that the characters are just extensions of Urobuchi's ideas so your reaction is pretty justified. I don't think anyone would dispute that, but I do dispute that it succeeds as an idea piece because the ideas themselves are forced.

Recynon Jul 24, 2021 10:04 AM
What did you think of Madoka Magica? I thought it was one of the worst things I've ever seen and I explain why in my review.
All Comments