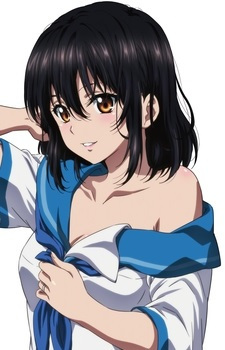 AnimeSoap Dec 2, 2021 8:38 PM
Would you happen to know what the most problematic discs were? I have multiple releases from that time frame which I rather not rebuy.
Good to know Joel McCray's track record is much better, I wonder, was he the one who botched the first release of Votoms?
I was actually just looking at the that set the other day on ebay and was wondering just what the Japanese bonus disc contained, it's a pretty slick release.
Recently bought the stand alone Honneamise Gunbuster & Diebuster releases and was surprised that even the shrink wrap was of quality, 13 years later and none of that weird sticking on the case you get with a lot of releases these days. Can't wait to have the OVAs on blu-ray though, they really suffer in movie format.

AnimeSoap Nov 27, 2021 4:46 PM
Hey! Found you on bluray.com dropping a lot of knowledge on the bluray quality thread.
I only recently started caring more in depth about the technical and quality aspects of home video releases but have been collecting for a while now so a lot of your posts have been pretty informative.
Do you prefer David Williams or John McCray's BD authoring in sentai releases?
Also, I saw you own both releases of Gunbuster the movie, any difference between releases?

Alan-81 Oct 23, 2021 1:19 PM
Thanks 🙏 I didn’t know that! Having only watched the anime up to and inc season four. IMO her eyes are more beautiful 🤩 in her anime golden brown colouring… but either way she is still #bestgirl in her “over watch” roll. Personally I liked Yuiri Haba more, but unfortunately she only gets a supporting role 😢

Alan-81 Oct 20, 2021 9:12 AM
Saw your appreciation for the E7 original that I just finished watching 50 eps over three days ✅ then saw your avatar? Instantly thought of my “first” fav anime STB? “No Senpai, this is our fight” but her eyes are different so who was is / she? Your 2nd fav character is the protective overwatch goddess herself Yukina 🙏 so I know you are a man of good taste 👍 thanks for your review and recommendations much appreciated…

Zalis Apr 10, 2021 7:40 PM
Haha, I should've known it'd be a lot. I'll start in on the screenshots/scans/pictures at some point -- I don't have a BD drive, so I'd have to either take pictures of my TV, or of course just enter the information myself. And unfortunately, the Yamibou and Juden-chan BDs don't work properly on my player, so I can't get any info off them for now. I did verify that Yamibou worked on my sister's PS4, so they're not completely defective; just Media-Blasters stuff being janky, as the Ladies vs. Butlers and Yosuga no Sora discs worked fine. But I can answer a few more questions:

Aquarion - this did go from 5 discs to 4; I remember when the collection came out, it was really the first time a 2-cour series had been released in 1-cour sets instead of singles, and Funi must've decided that the numbers worked out to use 2 DVDs instead of 3 between the releases of parts 1 and 2.
Boys Be - Couldn't find any booklet credits.
FLCL - no disc credit screen, but there actually is an "Additional Post-Production By FUNimation" line in the credit rolls; Funi clearly did new ones instead of re-using Synch-Point's.
Happy Lesson OVA - There was an 11-month gap between the Japanese releases of eps 3 and 4, and ADV must've negotiated the licenses when Vol. 4 wasn't on the horizon. So the ADV release only includes eps 1-3, and eps 4-5 were never dubbed or officially released in English. I was actually the one who put together fansubs for those last 2 episodes.
Karin - surprisingly, this does have disc credit screens and English production staff in the credit rolls.
Kimikiss - this does have black screen credit rolls.
PaniPoni Dash - The credit rolls for eps 1-5 credit John Ledford and Joey Goubeaud as executive producers, no Mark Williams.
Princess Tutu - Chris Lapp is credited for "Logo Design" and "Packaging and DVD Graphics" on vol. 1, though only on the "dark" side. Bridgett Bradford is credited for Packaging and DVD Graphics on both sides. Lapp does not appear on any other volume. The other credits for Bradford and Fumiko Chino are accurate on the ANN page.
Saiyuki - The double barrel collections use new discs, as they keep the single-volume subtitles like "The Journey Begins," but have "Double Barrel Collection #" printed on them as well.
Sacred Blacksmith - Steve Simmons is credited for translation.
Shrine of the Morning Mist -- did not see any translator credits when I checked ep 01.
Sorcerer Hunters -- Commentaries don't appear to be present. I don't know that I've ever seen ADV commentaries make it into license rescues; Discotek's Dragon Half didn't have them either.

Zalis Apr 4, 2021 8:03 PM
I checked all 4 discs of Funimation's Anime Classics version of Peacemaker Kurogane, but none of them had the typical Funimation "end of title" credits screen. The episodes just have the ADV staff credits, albeit redone in "paged" style instead of the usual ADV scrolling credits. No Funimation disc production or graphic design credits on the outer packaging, either. If there's ever any credits or cover images you want to see from anything in my collection ( https://animenewsnetwork.com/MyAnime/collection.php?user=Zalis116&categ=5 ), let me know and I'll get them posted for you. Thanks for everything you do for the ANN encyclopedia.

Zalis Jun 29, 2020 12:58 AM
One day I'll get on Twitter to answer more directly, but:
Other ADV artboxes that used cardboard rather than chipboard include Azumanga Daioh, Cromartie High School, DN Angel, Gasaraki (collection only; no "Vol X + Artbox" release), King of Bandit Jing, Prétear, Sister Princess, Super Gals! S1, and Zaion ~ i wish you were here.
Cromartie HS in March '05 was the last cardboard box ADV release I know of, unless something like Gilgamesh or Getbackers or Samurai Gun went that route. The Sojitz titles that did Vol. 2 + Artbox were all chipboard, afaik. Of course, ADV's official descriptions found on ANN always mention the "high-quality artbox," no matter what type of artbox was actually used.

WindexMan Jun 10, 2020 12:37 AM
I found you cause I like wandering around dark and suspicious places at night 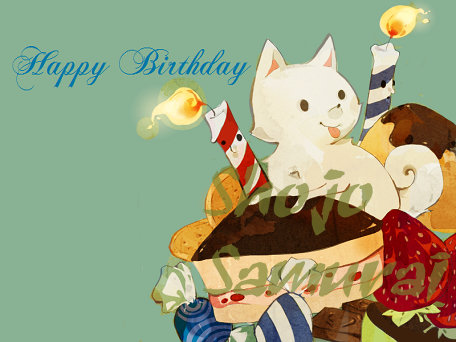 Elfezen Nov 23, 2019 7:02 AM
Hello BigOnAnime-san, i came from the realm of depression and i liked your profile so i have sent a friend request.