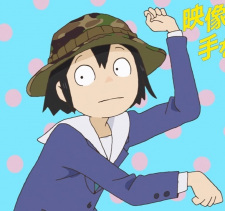 coenraed Dec 22, 2016 11:23 AM
Planetarian has made me kinda skeptical about short VN adaptations, particularly how they always have to 'update' the music and just end up losing the feel of the original. Saya had a pretty stellar soundtrack, so that'd be the first thing I'd worry about. Probably just me though.

ggultra2764 Dec 2, 2014 5:04 PM
Events from prior Gundam titles in the Universal Century continuity of the franchise are referenced at a number of points in the series and some major characters from earlier installments in it make an appearance or are referenced. It's pretty much a requirement to have seen past UC titles in the Gundam franchise if you want to follow what is going on or else you'll be lost over gets mentioned. The big titles of the franchise you would need familiarity with before seeing Unicorn would be the original Gundam series, Zeta Gundam and Char's Counterattack. If you want to see a Gundam title without needing to know about anything from an earlier series, you'd be better off seeing the franchise's alternate continuity titles (G Gundam, Wing, Turn A, SEED, 00, AGE).

Zomino Dec 23, 2013 4:36 AM
Your Shiki review was really helpful thanks!
Do you think it's ok to multitask during the first half? I'm afraid I might miss subtle things that become important later on if I don't pay close attention.

Shazzea Dec 18, 2013 8:13 AM
So, I checked, turns out you were right. I just assumed DVD had dub and haven't checked it out yet because I've already seen it and bought the DVD because it was so good. I'm kinda glad. I've had bad past experience with Hanabee (Inu x Boku SS dub). It's funny too 'cause I bought mine last month as well
All Comments