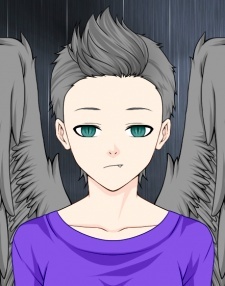 ShinjiGowacry Apr 17, 2021 7:57 PM
should i only watch fate/zero season 1 and season 2 and stop watching it i heard the other fates are medicore

DoodlebugFour Feb 15, 2019 2:24 PM
Also recently watched Project ARMS, seems like a series you probably would like a lot.
https://www.youtube.com/watch?v=H73cGens-hQ

DoodlebugFour Feb 3, 2018 8:00 PM
Hola. You probably might recognize me from the youtube comments from your latest review of Sonic X.

Also ever heard of Brigadoon, it's quite the unusual but surprisingly enjoyable anime about a girl named Marin who finds a item that turns into a humanoid alien who's to protect her from other creatures from another world. Also has a great OST. oh and the dub has a small voice cast btw (Wendee Lee does half the cast like it's Chris Sabat in Dragon Ball), and if you watch the Japanese ver. do be prepared to tap the mute button whenever Marin screams for her dear life (it's nails on chalkboard loud).