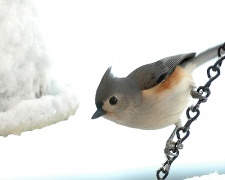 Fresh_Mint Mar 14, 2017 5:33 PM
Thanks, I need all the luck I can get ahaha. And I'm not quite too sure, my graduation is still a ways away but by the way things are going I doubt I'll get married and have kids in the next 10 years. I'll probably just pour all my time into work and hobbies.

I'm pretty late with every airing show as of now but I can agree with what you say for the most part on the shows I have seen a bit of.
- The okay story and characters for Little Witch were what made me so adamant about the OVAs.
- 3-Gatsu is one of the only shows I bother keeping up with this season. It just gets better every episode.
- I have yet to see more than an episode of Maid Dragon but Kanna is a huge meme right now. I have a bad feeling she's turning into the next Umaru...

Oh and do you have any plans on watching Kuzu no Honkai? It's been garnering quite a bit of attention for its more sexually explicit portrayal of high school romance. It isn't half bad from what I've seen (6 episodes) and I do like it but it feels like the type of show that can easily snowball if it doesn't focus on a clear cut path/conclusion soon.

Kemono no Souja Erin looks much better, I'd say I'd add it to PTW but it's already on mine. I can't remember when I even added it lol

Fresh_Mint Feb 25, 2017 1:20 PM
I've been good, mostly just school stuff these days. I haven't completed anything amazing lately but I'm currently watching Jojo. It's a pretty fun watch but it's taking me long to finish since binging it only makes the humor tiresome in my case ¯\_(ツ)_/¯
How 'bout you? I see you've been dropping quite a few these past weeks, bad season?

Kemono Friends hmm, haven't watched it but it looks like something only moe-lovers would like. What are your thoughts based off of the first episode?

Fresh_Mint Nov 15, 2016 6:53 PM
Oh that's reasonable enough. I gotta say I respect how clear you are with your list. If most people had that many dropped shows they wouldn't even bother adding them, let alone rating them. You don't really see much people with a large amount of dropped stuff often, at least from what I see at least.

Hopefully the other shows you're keeping up with this season don't land on there though :)

Fresh_Mint Nov 13, 2016 8:03 PM
That's too bad. I see you dropped it too along with another anime from this season. I haven't noticed until just now but your amount of dropped shows larger than an average user's. I could guess why you drop shows despite giving them ratings of 7 and up but I'm horrible at that so I'll ask you why you drop them instead of continuing instead.

I haven't seen Drifters yet but I have to agree with Sangatsu no Lion. I like it so far but it's to be expected since it has the same style of writing as one of my favorite anime, Hachimitsu to Clover, being from the same author.

Fresh_Mint Oct 12, 2016 9:56 AM
Classes are going well. I'm still technically in my 1st year in colege since I skipped a semester so I'm still working on GenEd classes. I've got Pre-calculus and a Java class next semester though. Next year should be filled with computer science courses hopefully.
And you were 100% right with what you said before about females being wanted in the tech field. I'm starting to see scholarship opportunities everywhere now that I'm looking at places to transfer to. Feels good.


Yeah, it's a lot of shows. Most of them are supposed to be on-hold but I can't be bothered to.
Oh and I see you're watching Izetta and 3-gatsu no Lion. First impressions?


Those are really useful, thanks! I knew the first and the fourth but never properly thought of the second and third. Or maybe the fourth just came naturally because I've always preferred bishop over rook.

Fresh_Mint Oct 9, 2016 8:07 PM
Mhmm yeah. It was Mushishi but with an unsettling atmosphere and longer episode arcs. I really dug the colorful ukiyo-e art style they had going on too. It was a great watch.

Yup! What can I say, both One Punch and Barakamon were great. How can I resist watching something those great minds are behind? :>

Oh I am reading that one! I think I put in on hold at around chapter 20 though since the updates were too slow. Will probably get back to it when it translations steady.

Fresh_Mint Jul 29, 2016 4:25 PM
Hey there! Just dropping by to thank you for recommending me Tatami Galaxy and Moyashimon a while back. I finished Tatami a few months ago and got to Moyashimon today. They were both great but Moyashimon felt like it was just beginning. I'm going to watch the second season but people don't seem to rate it too highly so I'm skeptical. Looking at your list you haven't watched the sequel either, is it for the same reason?

Volunteer Jul 18, 2016 11:41 PM
I ended up getting volume two of Punpun, a few Non Non Biyoris, and volume eight of SUNSHINE SKETCH. That's probably worth it, right?

Kuuchuu is a yes. The only reason I wouldn't recommend it is if you dislike episodic shows and wacky color schemes.
Aku no Hana is iffy. There are two major aspects to it that most people will hate it for- the retroscoping and cut off ending. Art style is self explanatory. While the story progresses nicely and has a nice point to make, the ending shows you a preview of what would happen in the next season if there ever will be one then just leaves you there with even more questions.

Fresh_Mint Jun 14, 2016 1:17 PM
Too harsh. Even worse is that you have to sit beside your partner the entire time as you play. When one starts stressing out, it's pretty much game over for both of you orz

That's concerning in it's own way too- hopefully you've never gotten lost or fell over while doing that.