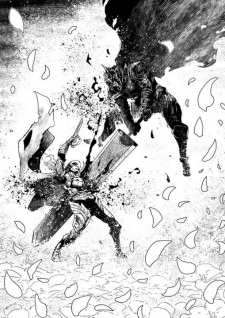 tragedioness Sep 16, 2:26 AM
True, his prose in poetry is stunning. I kept a couple of his quotes somewhere, need to dig around my notes to look for it though. I look forward to reading his other works, but before that I want to read some Murakami or Virginia Woolf, since I already have two of her books in physical, her stream of consciousness type of writing is quite difficult to read but rather rewarding nonetheless.

Yea, I see you're almost done with Berserk itself. Isn't it great that they didn't ax the manga after all after Kentaro's passing. What a savvy grandmother of yours.

Hmm some people do relate to Kasuga a lot. Oyasumi Punpun too, but in this case more mentally ill people as opposed to teenaged years.

tragedioness Sep 11, 11:05 AM
I went through your goodreads, looks like you're reading Love is a Dog From Hell. I last read it halfway last year, somehow ended up not finishing but definitely will one of these days. What are your thoughts so far? Isn't Bukowski just nuts?

Yup been eyeing Evangelion for the longest time, will definitely watch it soon. Oh anime first before manga? Will consider.

Nice, I'm reading Faces in the Water by Janet Frame. And also Pride and Prejudice. And also some Agatha Christie.

I think it's a first for me seeing Chiisakobe. Is it interesting? And while you're at it what are your thoughts on Aku no Hana? This certain analysis is amazing https://hanagasaitayo.wordpress.com/2019/02/15/analysis-aku-no-hana/

tragedioness Sep 6, 10:51 PM
You have such refined taste, with Beethoven and Oshimi and Dazai and Nietzsche. Do you happen to read literature too since you have Lovecraft and Dostoevsky on your favorites list? I happened to read No Longer Human by Dazai last year,

I admire your manga list too, Bokurano and Oyasumi were so lovely. The teachers playing hide and seek in Punpun never got explained though.

Are you reading anything interesting as of late? Anyhow it's nice to meet you, have a nice day.

Ephemeral_Eso Aug 21, 8:13 PM
By the time he became Femto he became bound to the will of the Idea of Evil. He wasn't the same person anymore.

Omnicane Aug 18, 6:28 AM
Hi can you please ask to your friend @EnigmaOlivia to unblock my homie @ihatemidwits? He never said anything rude to her it was just a misunderstanding.

Ephemeral_Eso Aug 17, 9:57 PM
The difference is, Guts had a choice whether to stay or leave Griffith. On the other hand, Griffith was ordained by fate to become a member of the Godhand. He tried to escape the Band and leave them behind, and the carriage crashed; he tried to kill himself, and it didn't work either. He was tortured for over a year and turned into a broken, agonized shell of his former self, almost an entirely different person. His dream, the one that he was guaranteed by fate to actualize, was precariously stripped from him. He went from one of the greatest commanders in history to someone his former underlings gawk at, pity, and carry around like luggage.

I'm not sure what most people would do in Guts' position, but its undeniable that 99% of people in Griffith's position would sacrifice the band.

Ephemeral_Eso Aug 16, 11:19 PM
Griffith is a Faustian Apollonian luminary who literally did nothing. Guts abandoned him out of an audacious insistence upon being seen as an "equal", despite no mortal man being the equal of the illustrious White Falcon.

EnigmaOlivia Aug 16, 9:46 PM
Agreed. Berserk is legendary. It can never be beaten. Concerning that user. I block people who are asses. So they probably did something rude to me.

Ihatemidwits Jul 17, 4:09 AM
Can you ask EnigmaOlivia to unblock me idk why she blocked me in the first place lmao

I avoid rating on rym. because I'd turn insane by overthinking.

Archaeon May 2, 6:15 PM
I started reading Attack on Titan when I discovered it on Imagine-Nation on NHK World when they did a piece on Hajime Isayama's unusual manga series. This would have been around two or three years before the anime was released (I can't remember exact dates).