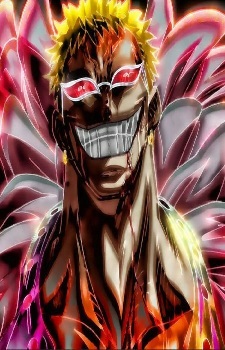 Purin Sep 29, 2020 2:09 AM
late comment but wow thanks for remembering me! :) just came back to change a few things haha. MAL holds a lot of memories for me!

HorizonX Aug 20, 2020 2:08 PM
Good lord you have a lot of anime!! If you had to recommend one anime from your favorites other than one piece or re:zero for a long time viewer what would you pick?

Master10K May 24, 2020 5:10 AM
Yeah, you're 100% right about Solo Leveling in that its sole focus on the MC proves to be very detrimental to the story as a whole. Where other seemingly interesting characters are made irrelevant and that's what prevented me from enjoying the original Web Novel it is based on. However the reason I was asking why dropped the Manwha so early is because that hasn't become a major issue yet, as of this point in the the series, and especially at the point you dropped it. Plus the way it's drawn & the layout of the panels make it such an easy read. I guess I rated it highly was because I was in the mood to scroll through something fun on my phone.

But I do believe there so good S.Korean stories out there. You just haven't found one to your liking. There's a whole bunch of interesting Webtoons like Noblesse, which are being adapted into anime. There's Shin Angyo Onshi (not sure if this is technically a Manhwa) that I found incredibly engaging when I read it many years ago. And lately I've been stumbling upon some interesting Korean Web Novels like Overgeared, where in this case the MC is a bit of an asshole but is surrounded by interesting characters and it's these characters that make the world engaging.

About Space Dandy... I actually have watched it and gave it a 5/10. Maybe I just wasn't in the mood for a zany episodic space escapade at the time, but I just didn't enjoy it like Shinichiro Watanabe's other works. To be honest, episodic adventures aren't my cup of tea, so one has to be truly special for me to enjoy it.

And I guess I'll leave Yancha Gal on the back-burner for now. I'll wait and see if there's ever a day that I'm in the mood for a "teasing the male MC" story.

Anyway right now I'm just skimming through the 1st 1 or 2 chapters of Yancha Gal no Anjou-san to see if it's interesting, but is it just a Comedy about a guy being teased or is there more to it than that? Because I could never really get into that kind of story.

Lol, dice comment. I'm 8 eps in and so far it's horrible, does it get better?

I randomly found your comment in disqus on a Baki's episode