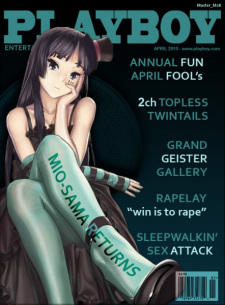 DoctorWasabi May 18, 8:03 PM
ah yes Solo Leveling.....With the MC I neither dislike nor like him, he's just a bland boring protagonist. The only thing his character has to offer is the "badass hype mode" which I can't get into either, because since I don't really give a shit about him, why would I care that he's going hype? I was told that the Manwha doesn't really have a solid cast of characters/sub characters, the focus and attention is just the MC. So if that's the case then there is 0 reason for me to continue it.

If I had to pick one aspect on how I get enjoyment from anime/manga, the one that matters the most to me.....it's the characters. You can have the most complex, most intricate, well thought story to ever exist, but if none of the characters are likeable from my perspective, then that story means jackshit. This is because if I can't get invested into what the characters do/how they feel, then why would I care about the story that said characters are involved with?

I can't seem to get into Manhwa at all, that medium just doesn't bring anything engaging to the table. The only one that was even somewhat enjoyable was Girls of the Wilds, and even then I couldn't manage to finish it. I don't want to sound like an overly generalized type of person, but I just don't believe south Koreans can make a story that is engaging ( at least imo ) their style and approach just doesn't click. I can 100% be wrong about that and there could be a Manwha out there that is absolutely amazing, but honestly I doubt there's a Manwha that could get higher than a 6/10 score from me.

Yancha Gal is 90% mostly just a comedy with teasing in it. It's kinda similar to Ijiranaide, Nagatoro. However Yancha has a lot more genuine and very heart warming moments that truly made me appreciate the characters. Also the side characters in Yancha are great, they have a decent amount of chapters that are solely dedicated to them.

I love Yancha because of Anna, she's free spirited, breaks society expectations on how a girl should act, breaks the rules to feel truly free and alive, and she has dreams and aspirations for herself that she takes seriously. Also I love her design, it's unique. Since it is mostly the comedic teasing, I wouldn't recommend it to ya

But speaking of Recommendations. I looked through your anime list, and noticed you have not watched Space Dandy! My boi Master, you gotta get on that pronto. I'm 80% certain you will like it a lot, since u have completed both Bebop and Samurai Champloo, which are both by Watanabe, Shinichiro, the same director who did Space Dandy . It's one of those anime that makes me truly proud to be an anime fan. It's an episodic anime that brings forth the most imaginative talent in the industry. The episodes will most likely will be hit and miss for you, but when the episodes hit, they do a home-run.

Also it's one of the RARE anime to where the Dub is better than the Sub. Sinclair, Ian is honestly the only person in the world that can 100% perfectly nail the MC'S character. By no means am I saying the seiyuu for the sub is bad, he's pretty good too, but imo and pretty much more than half of the Space Dandy fanbase, agrees that the true way to watch the anime is through the dub

It's like Black Lagoon, you just HAVE to watch it in dub, it feels completely different in the good way

Also I just remembered after typing all that out. Space Dandy is the first anime in history to have its dub episode air before it's subbed. Pretty neat huh

Okazaki_Ken May 10, 4:39 PM
Nah, they unearthed me when I was a kid xD I don't think I can watch any show that old in the present time.

This is out of the subject but are you into movies?

Okazaki_Ken May 9, 9:11 PM
How have you been during this virus, playboy?

mobrine Apr 28, 1:31 AM
Thank you for all your manga reviews!
Just wanted to say it.

Skadi Apr 10, 6:30 PM
You know me well, Otome Game looks fun, I will watch Bookworm too since I liked that. I havent seen Kaguya, I have meant too but when I saw it was getting a 2nd season I decided to hold off a bit longer. Ofcourse I will watch the new Fruits Basket. I am interested in the one about the radio person, since I worked on radio for a number of years. I also really like the art style, I wish we got more shows like that. Plus it looks like a mature type of show. The baseball one I will watch, not out of any love of baseball since I dont really get it but I just like sports anime. And those muscular bodies are kinda hot!

A few others I will look at but not sure if I will stick to them. The Gliepner one or whatever, the first episode was pretty odd. Alot of those shows start off interesting and lose their way pretty quickly. So I dunno we will see. I kind of liked the Arte one too. There is a romance one I will watch and another one about the mangaka and his daughter though I was not really impressed with that after first episode.

But almost everything I will watch one episode one besides the few things I will outright dismiss because of the artwork or the content. Like I have no interest in those bishounen idol anime.

Skadi Apr 10, 10:43 AM
I have a couple episodes on that one too. And I found it to be surprisingly enjoyable too. I also found MAL's staffs unhinged reaction to it to be ridiculous as well.

Ive been reading some too but we have talked about LN's before and how I have a hard time getting through them for whatever reason. Though I have been reading Goblin Slayer and Shield Hero, though I prefer the manga versions. Any good manga to recommend or are you just reading novels?

Oh what about this seasons anime? Last season was pretty lackluster but there are quite a few shows I am checking out.

Skadi Apr 10, 6:14 AM
Ha, I had like partially completed it for years. Ive been going down the list completing all these shows I had to watch 4 or 5 episodes still on. I actually liked how the characters looked, meaning I like that art style but man were they dull, personality-less meat sacks. But I guess if you like giant boobs and really like authentic train visuals, that show was for you.

Angst-Incarnate Mar 22, 1:15 PM
I definitely recommend peeping it if possible, I love Chikan Otoko with all my heart. It's a really touching story and the characters are awesome. Fun fact, Chikan Otoko is actually a loose translation of a real event (supposedly) from a 2chan board, hell I've read the archives for it and the thread and Chikan Otoko are nearly word for word, bar for bar. I see you enjoyed OMK from the same author, so yeah it's pretty much a must read.

If you ever end up getting through it I'd love to hear how your experience was.

AnonymousCode Feb 8, 7:35 AM
I'd say that the first arc of Babylon is better storywise and directing-wise
than a lot of mass produced seasonals out there right now.
I find the second arc as pretty questionable.. It has some interesting moments but it's quite different, I don't hold a firm opinion of it yet, I also got 2 final episodes left to watch.

Okazaki_Ken Feb 6, 12:24 AM
lol, you spoke my mind. Only that I found the characters, except Senkuu, one dimensional and generic, albeit they were funny.

But since I can't find anything except those, I try to look for the ones with good animation like that one

Okazaki_Ken Feb 5, 9:24 AM
Hey, how you been lately? And damn, I wasn't expecting you to like Dr. stone all that much :o
All Comments