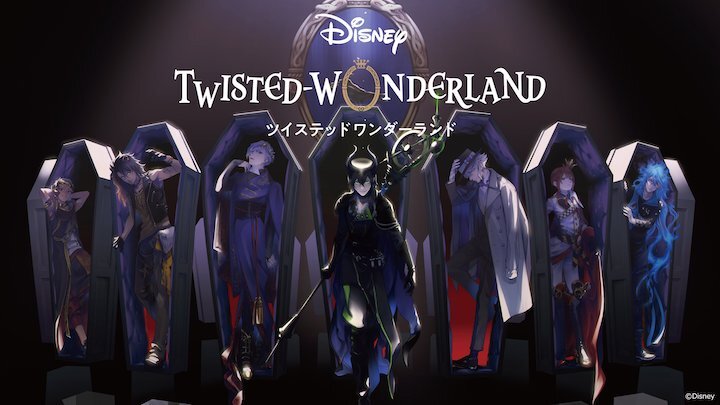 The game follows the main character who is summoned to another world by a magic mirror and arrives at the magic training school, Night Ravens College. The main character is taken in by the school's headmaster and becomes acquainted with the school's top students, each in seven different dormitories, while searching for a way home.

The mobile game by Aniplex in collaboration with Disney was announced in 2019 and released in Japan for iOS and Android the following March. Yana Toboso (Kuroshitsuji) created the draft, main scenario, and character design for the school of villains adventure game. The game features male characters inspired by Disney villains and received approximately 1.5 million downloads at release.

i hope they keep the original voice actors, they were brilliant in the game.

I'm so excited about this! I've been praying for the game to be released in English but this is the next best thing!

I'd rather have an English version of the game but maybe it's better there isn't, I might go broke...

I will wait and see how the anime turns out! The main story in the game is ongoing and a lot of characterization happens in the events, so...

The designs looks nice but the synopsis seems generic. And its mobile game adaption, but Yana Toboso credited here is interesting

I'm so happy my dream of a post-culture society is becoming more and more real by the minute.

Disney is starting to get into anime too?

Nice but give me black butler university and witch arcs anime already.

What is it with Disney shows and protagonists being isekai'd recently?

(before you go all asckcually yes I know it's Disney Japan, I know what Twisted Wonderland is.)

The only Disney anime that doesn't make me want to break my computer. Basically since I know this was originally made for the Japanese audience I guess...

I’ve never heard of this game before, so I’m genuinely intrigued by this. Was the game any good?

nice, tried playing it last year but couldnt get into it. maybe this will change my idea of it

Nanaca said:
Can't we just have another terrible isekai instead?
Well you have 22 announced around the corner with more to come

Can't we just have another terrible isekai instead?

This is going to be amazing I cant wait to watch it, the game and characters are all really good!!!