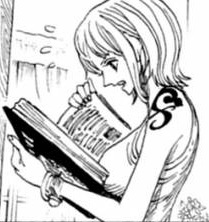 Kagurazaka Mar 23, 2016 9:17 AM
Hi! I wanted to ask about KKM manga. Cause there are 2 titles, and obviously 2 manga versions but are they different? Cause KKM and Kyou kara Ma no Tsuku Jiyuugyou! are used alternatively with each other and I have no idea which one is which if I were to read it (And I want it badly) or what ; A ; I' d really appreciate your help in here! ♥

Mukkura Apr 28, 2015 6:57 PM
Nice, read anything good?
I'm just watching anime, reading random manga and cleaning...I should be doing art, but I keep getting lazy about it haha;;

Hmmm...so I'm guessing that I should read the manga to understand everything. :3
I'll be sure to read it after watching the anime, starting with the first one of course.
Awww, he doesn't appear in the anime? That's alright though, I like reading manga anyways haha.

Yeah! We may not be able to change everyone, but one by one we can make people understand. :)

Haha, well its more like you're the first person that I've seen not be an asshole about people's genders and pronouns. Plus you seem really cool and we seem to have some of the same interest so...yeah!
Thanks though! I'm glad to make a new friend.

Mukkura Apr 10, 2015 1:42 PM
Mutsuki Tooru....what episode does he show up in? My friends wanted to watch till it was finished airing to watch it because it's more than likely censored like the first one, but I really want to know more about this character...

Mukkura Apr 10, 2015 1:34 PM
UGH. I hate that people always think that people are only trans or even anything other than heterosexual because of some trama that happened. Normally I can ignore that stuff but seeing how I'm "not normal" I get asked a lot if something happened in the past, which only serves to piss me off. I need to watch that though, I was recently told about there being a trans character in that and I have watched all of first season...that and there's a sore lack of transmale characters. ):

I....I think I need to be friends with you. I was nervous about backlash, but I didn't let it stop me from standing up for what I believe in. After it happened once, I stood my ground and came to an understanding with that person. (We concluded that he was an asshole for assuming that the trans character was "lying to the readers to try to trick them into believing they were male when they were actually female" and he had said sorry for being a jerk) I expect that there will be more, but now that I know there are others, I am more confident about it. :)

Mukkura Apr 9, 2015 7:20 PM
Yeah, it's awful cause in the manga they would always defend themselves from others that claim they are those things and then I go to the chapter discussions only to see that readers have completely disregarding it.
I honestly never see anyone that actually defend the trans people and while I do, I've only gotten yelled at and called weird so when I saw your comments, I guess you can say I saw hope haha.
I just had to tell you how much it means to see other people out there that also feel the same way I do I guess haha. I'm glad you didn't think it was weird to get a random comment, I was worried it would seem weird;;

Mukkura Apr 9, 2015 3:14 PM
Hi, I wanted to say that I saw your comments on Kyou Kara Yonshimai and I want to say it's really refreshing to see someone other than me on those things that defend the trans character....so I just wanted to say thank you for that. :)
That is all.