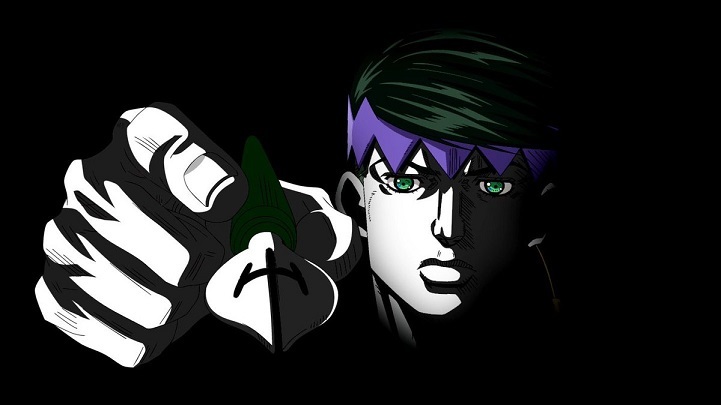 The new episode will adapt the "Zange-shitsu" (At a Confessional) and "The Run" chapters from the first and second volumes of Hirohiko Araki's one-shot spin-off manga series of the same title.

A special screening for the episode will be held in six cities, beginning with the TFT Hall 1000 in Tokyo on December 8. The following screenings will take place at Zepp Nagoya in Aichi on January 19, Mielparque Hall in Osaka on February 9, Uenogakuen Hall in Hiroshima on February 23, Sendai GIGS in Miyagi on March 8, and Sonic City Hall in Saitama on March 29. Takahiro Sakurai, the voice of the titular protagonist Kishibe Rohan, will attend each of the six events with other guests. Advance ticket sales for the screenings will begin on October 2.

FuriousNutSlaps said:
I haven't seen the first Rohan OVA and this one looks dope. However, i don't watch anymore OVAs, so....skipppppppppppp
...why would you not? you're missing a lot.

Yass! Upcoming new JoJo stuff! And this time about Rohan!

Which one is better who voiced rohan, osomatsu or choromatsu (from game version aka all star battle) ?

I had a feeling more would come after Part 5.

First the Haikyuu OVA and now this. What a day.

Hmmm? Another Rohan OVA is good but I want closure for Fugo my favorite swiss cheese. No dignity °\°

what a coincidence
i read Kishibe Rohan wa Ugokanai yesterday and today they announce there'll be a new OVA
hell yea!

I can't complain for some more Araki Rohan-sensei animu.

looking forward to this! love the rohan OVAs aaaaaa

It's not just Araki who loves Rohan, but DavidPro too, and me. Really excited for this one ^_^

Never seen Jojo, but this dude is my maaan <3

Man I was waiting for more Rohan OVAs. The story and the art style is soo damn good. I cannot wait for my favourite Family moon viewing chapter. It sent a chill down my spine and made me realise how important traditions, no matter how busy you may be. Every chapter described matches the mysterious and bizzare journey Rohan goes through to tell us about it.

What if you wanted Purple haze feedback but Rohan said

I haven't seen the first Rohan OVA and this one looks dope. However, i don't watch anymore OVAs, so....skipppppppppppp

Araki and David Productions like Rohan a little too much...

It would be nice to see side stories of other characters like Fugo (don’t get me wrong I don’t hate Rohan).

I really like the Rohan shorts so I'll take it, even though if it comes down to it I would've preferred Dead Man's Questions.


...or Purple Haze Feedback. I guess this kills the chance of ever getting an OVA for it. I mean I didn't have high hopes for it in the first place since it's not really considered canon, but I'm still kinda saddened. Nonetheless I'm hyped for this, I'm always up for some more Rohan greatness.