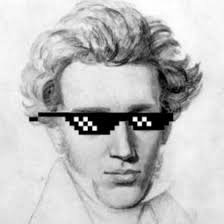 A Summer Out of This World
Secret Santa Exchange

Twintail_Daemon Jan 6, 1:26 PM
Without a doubt Yuuko deserves those headpats! There are plenty of twists and turns you still have to go through so look forward to it ^^

Gotta also agree Sora Amamiya's a talented VA (and indeed you gotta love your monster girls). The ninjas cutting onions might make another pass around, be ready for em ;)

Overall I had a good holiday season ^^ fact the gift brought that emotion outta ya only makes it better. 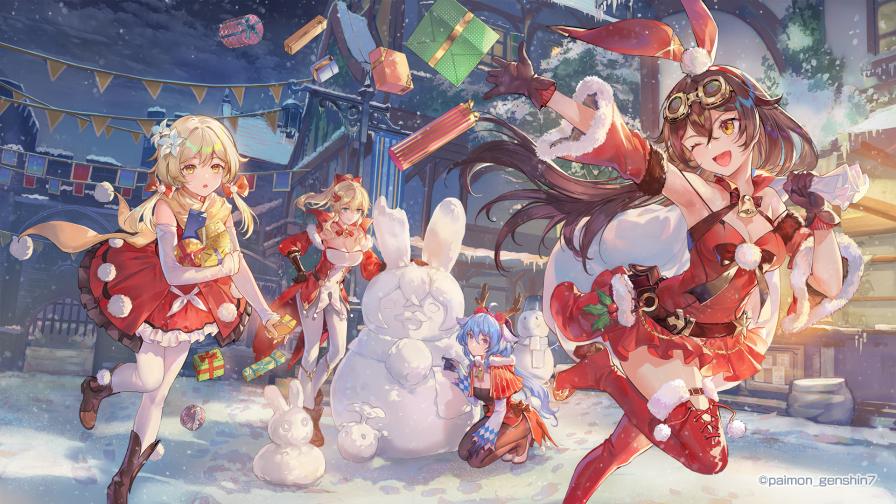 Love Live Days vol. 19 has arrived in the mail 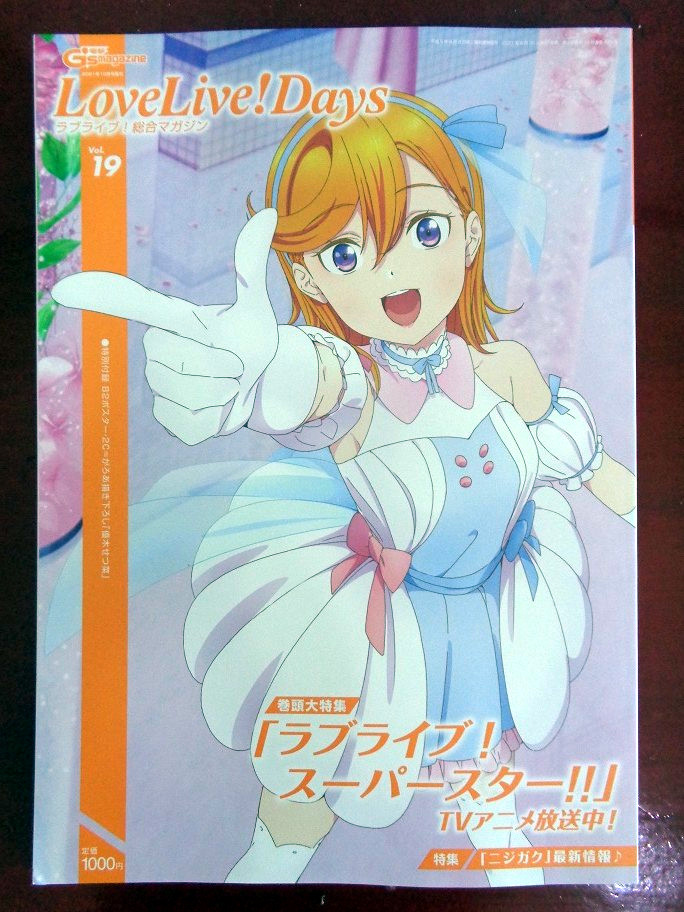 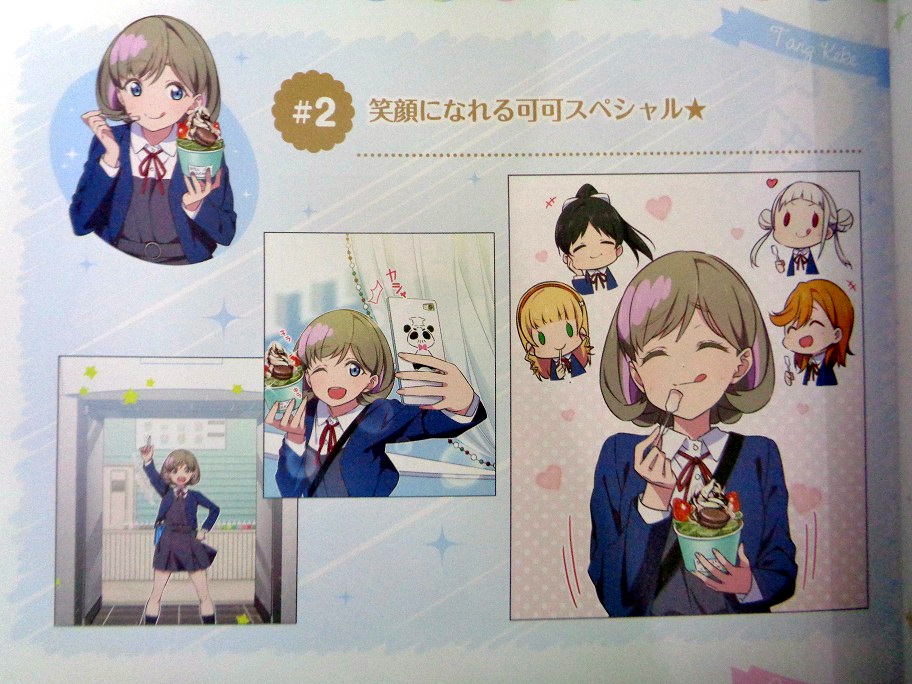 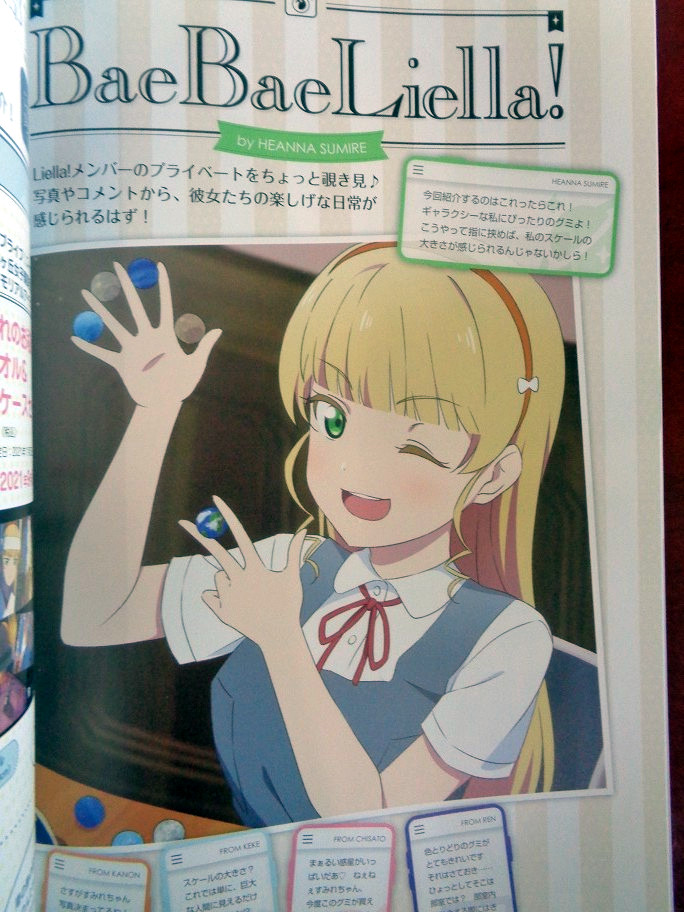 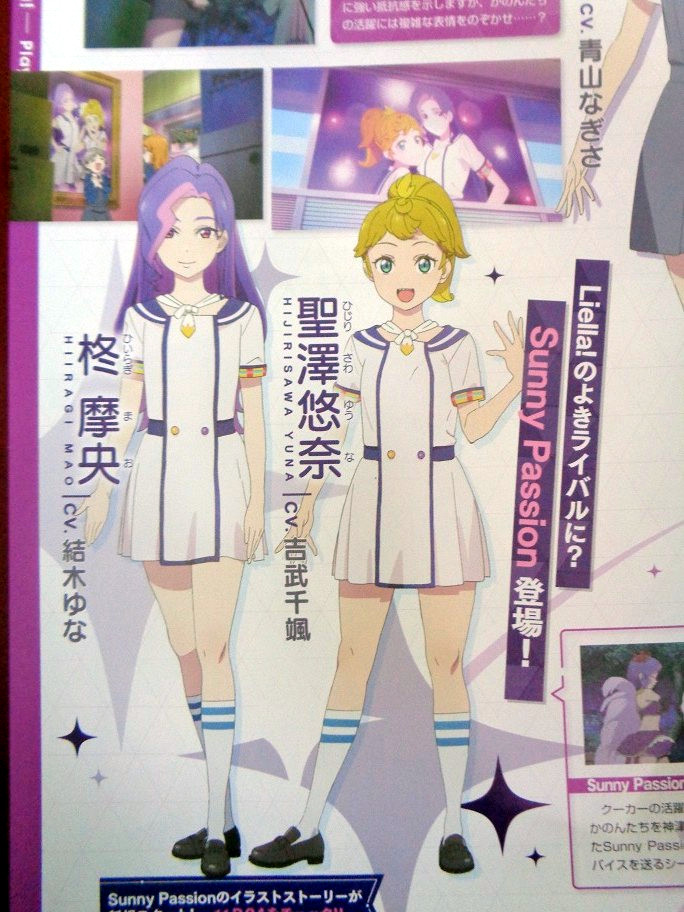 Keke and Sumire manga that came with the magazine. I guess this is something for the shippers. ^^

cannot flatten the pages perfectly, because I'm holding camera in one hand and the manga with the other. +_+ 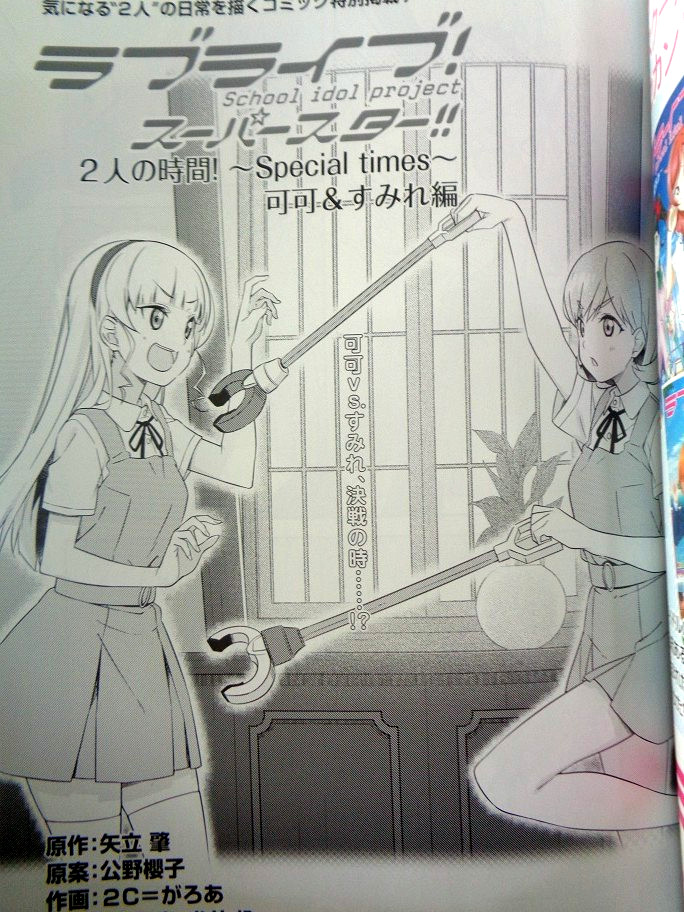 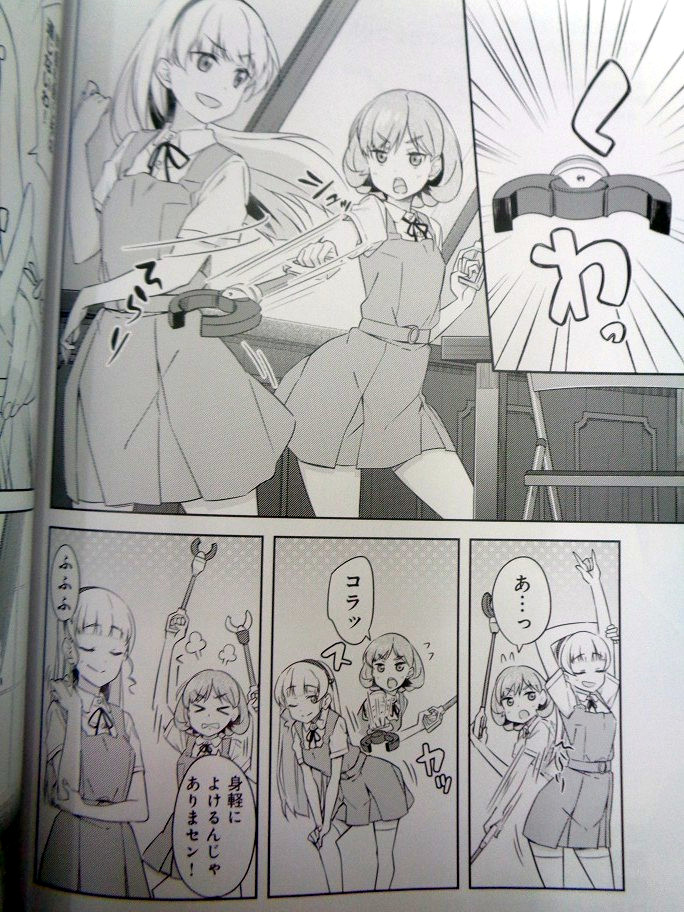 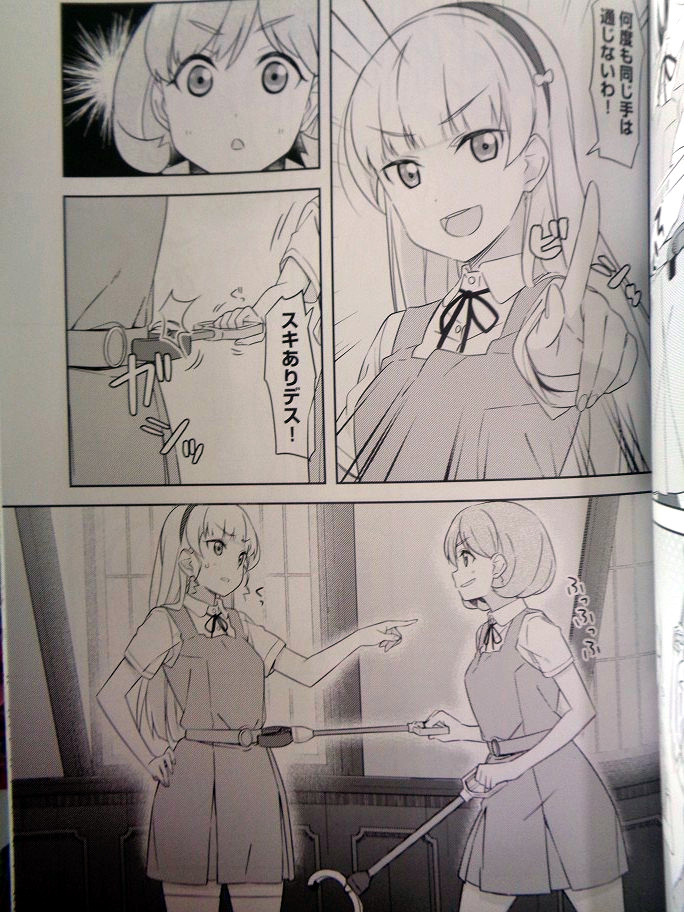 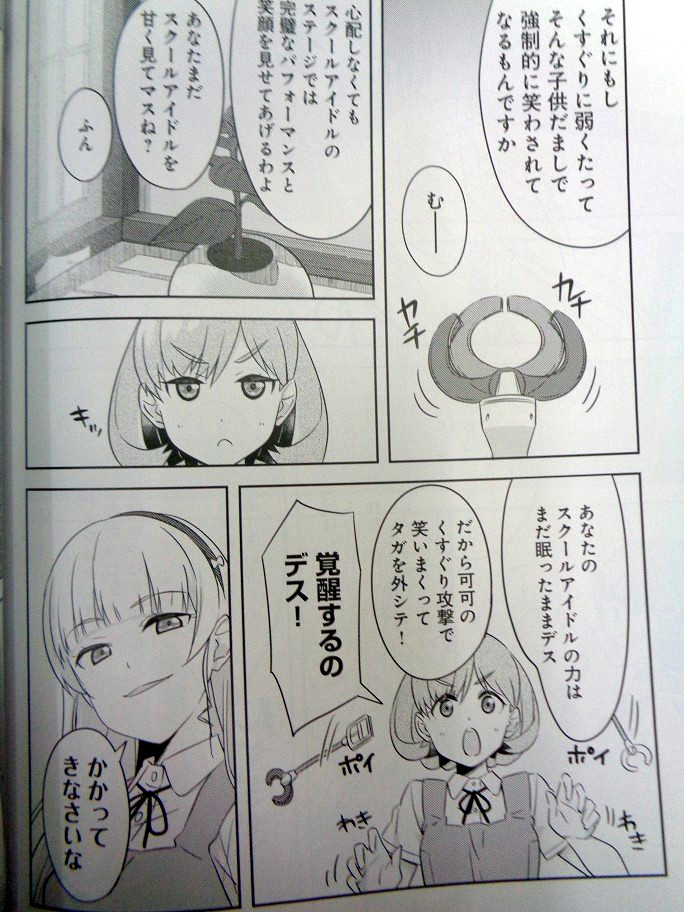 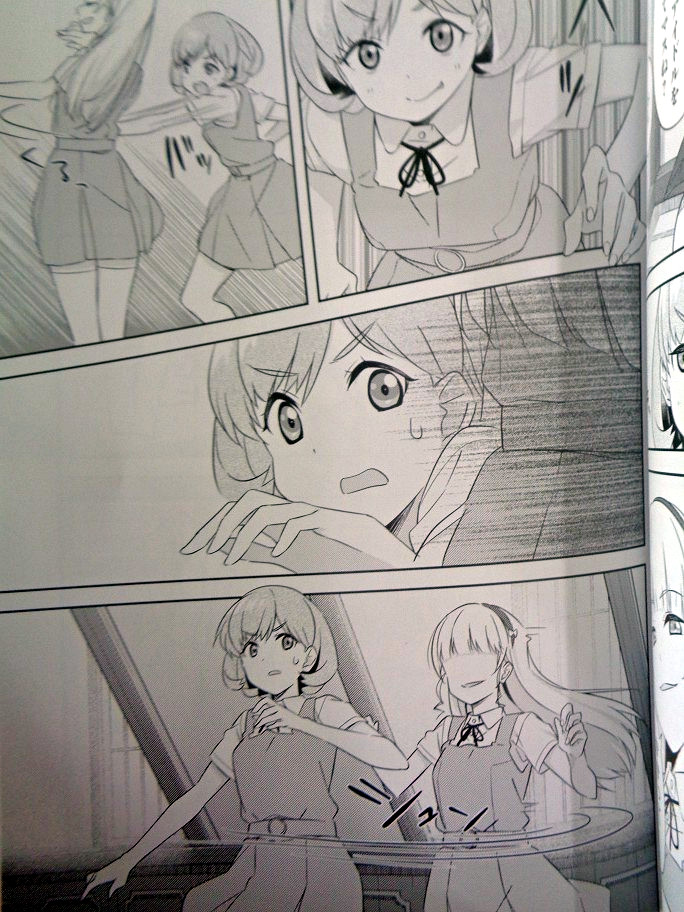 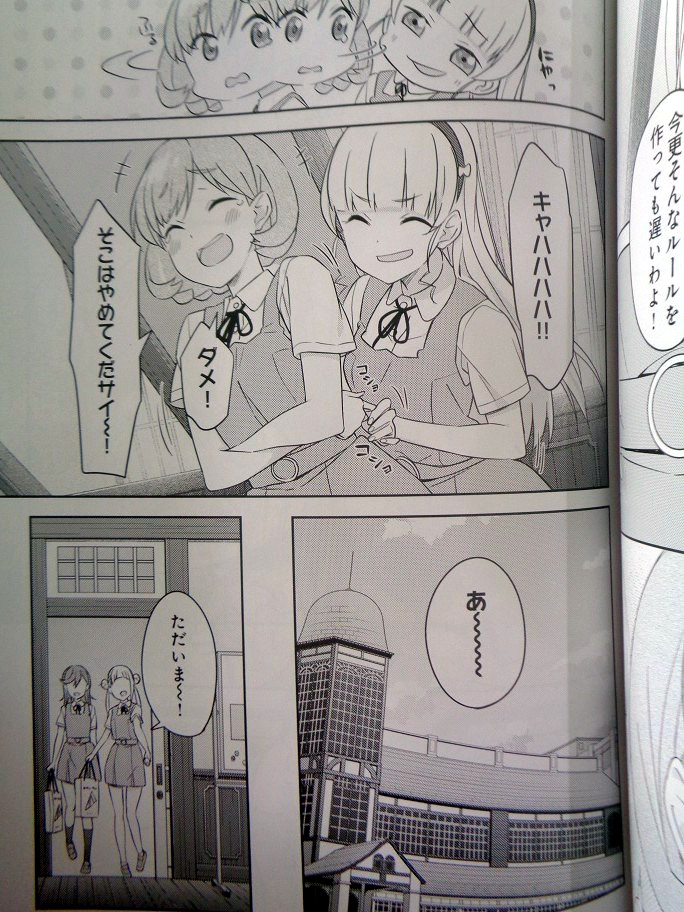 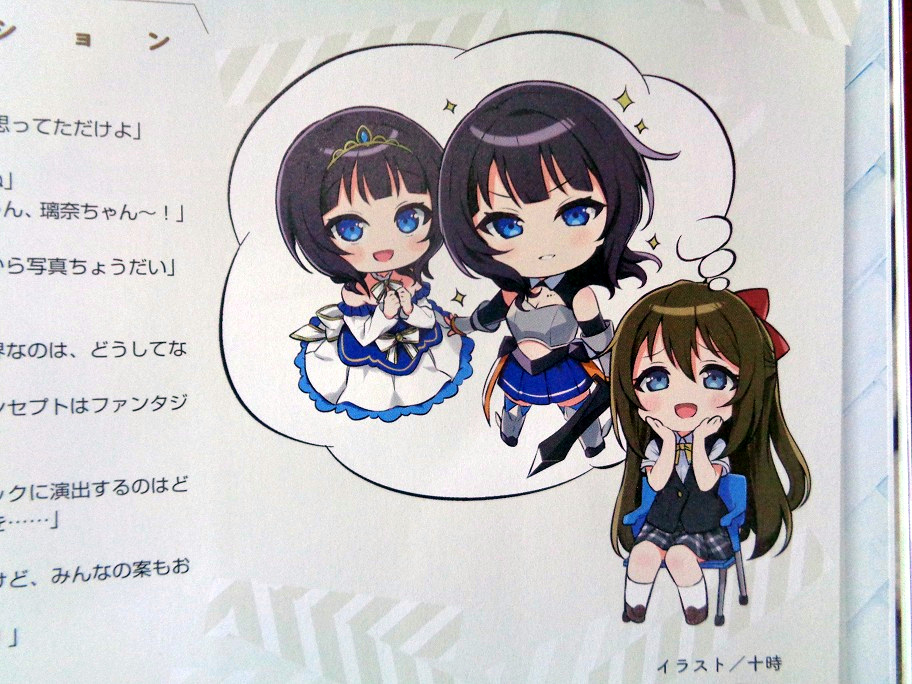 Setsuna poster, it's free with the magazine. 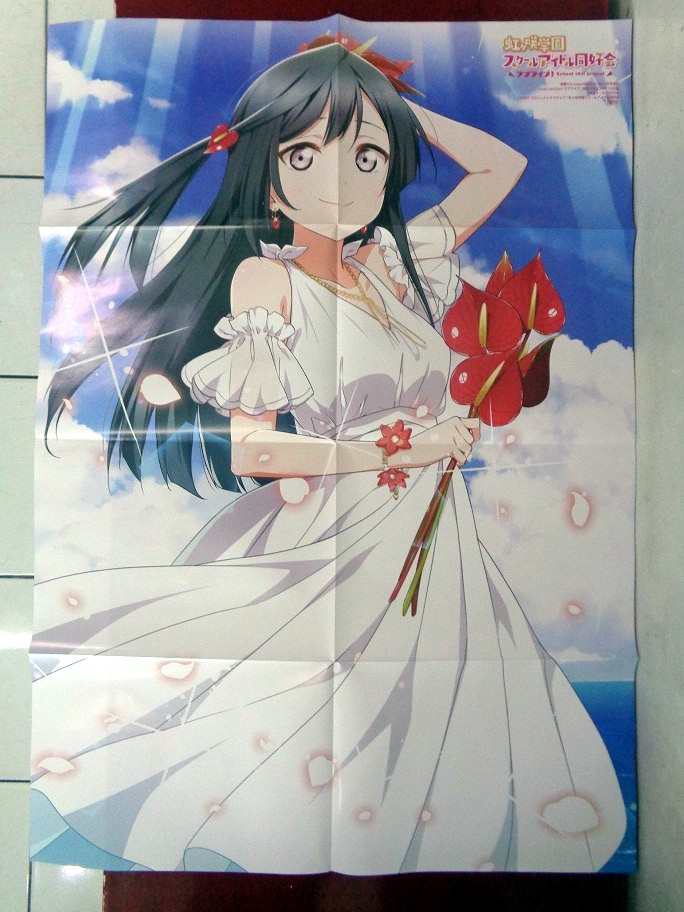 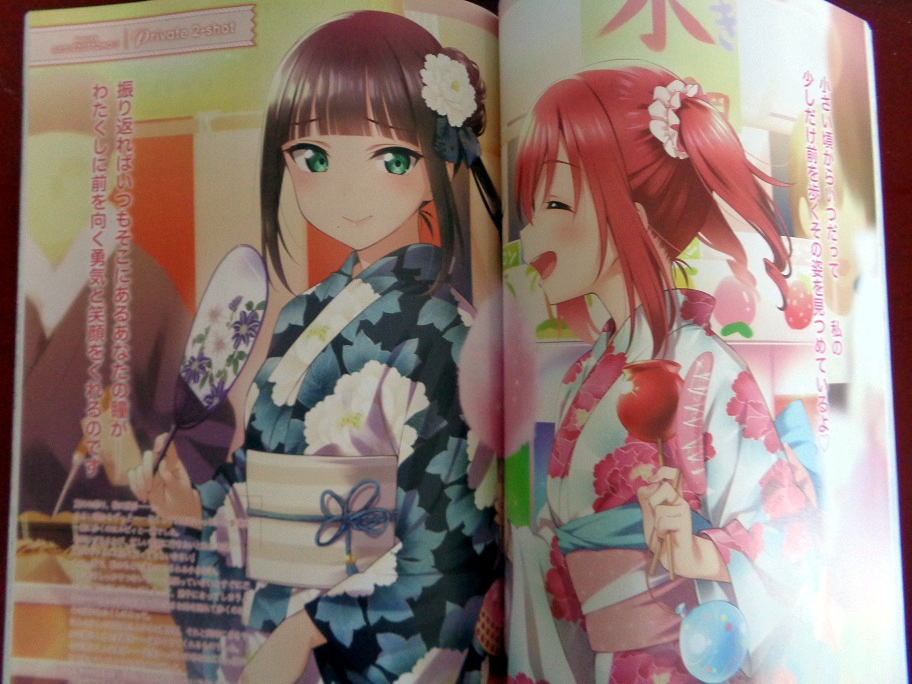 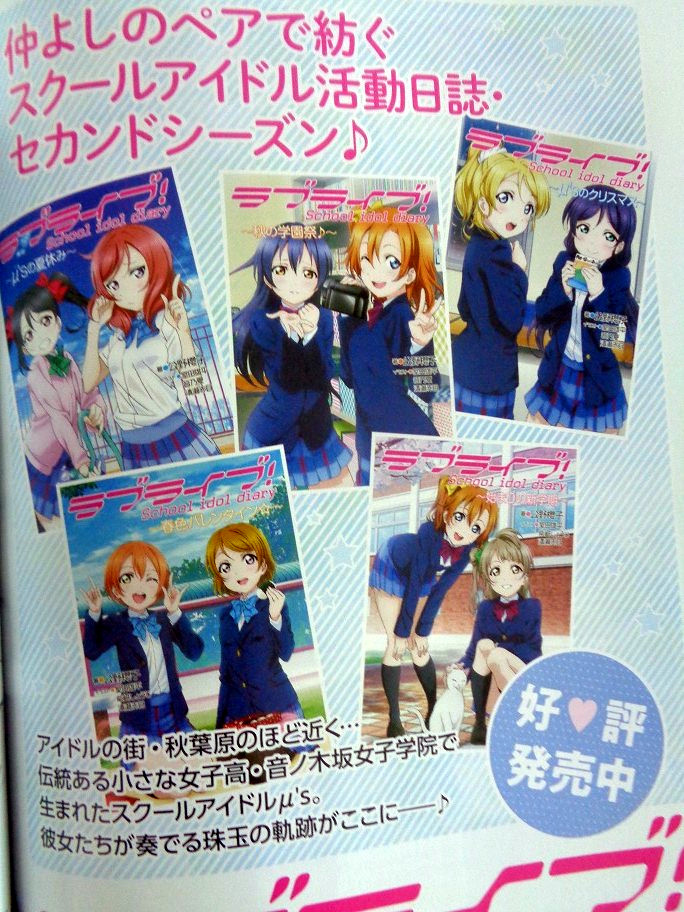 well, that's all. Will share again if I manage to buy the next volume of Love Live Days.

random_mamiya Sep 8, 2021 5:07 PM
A year ago I read Fear and Trembling by Kierkegaard, it is an excellent work, I love how he touches the theme of the 3 stages: the aesthetic, ethical and religious. I think that in its irrationality lies its charm, in its vitalist character, above all. Obviously, I think it feels more authentic to his predecessor Leopardi, because he used poetry and was something more "revolutionary" for his context.
We could (slightly) synthesize his concept in three facets: Immediacy / Hedonism, Limiting Morality and Involuntary Irrationality. Obviously, this book does not cover his thought.
Likewise, I was immediately drawn to your picture of Kierkegaard.

a few weeks ago. The gpu of one of my backup pc got fried by a lightning surge.. so will be replacing it. The salesgirl at the shop was nice enough to give me a free gpu, a GT 530, terrible gpu... but it's free, and better than integrated graphics, so I'm quite thankful for it! :)

nice, Sumire is my favorite character as well. Her dramas and the dancing.. it's a good combination.

well, can't do anything about that, apparently they want otaku to like baseball and all other kinds of sports. just kidding ok. No disrespect to the paralympics participants.

my Love Live days vol.18 arrived some days ago. :)

took some pics of the pages. Sorry, some pages cannot be flattened perfectly. ><

there is a manga included with the magazine. Kanon and Chii try draw Manmaru. xD 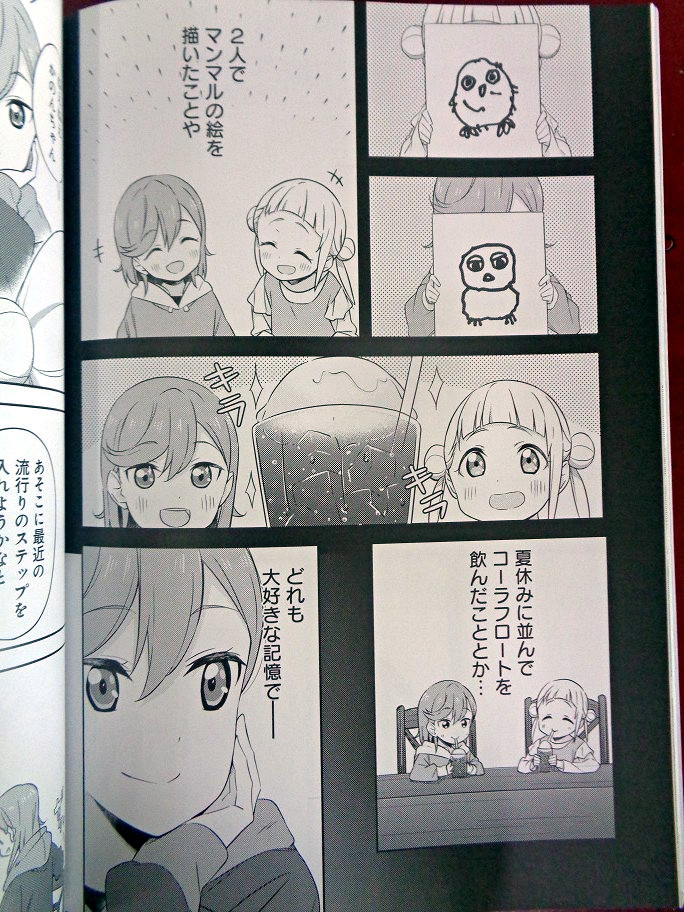 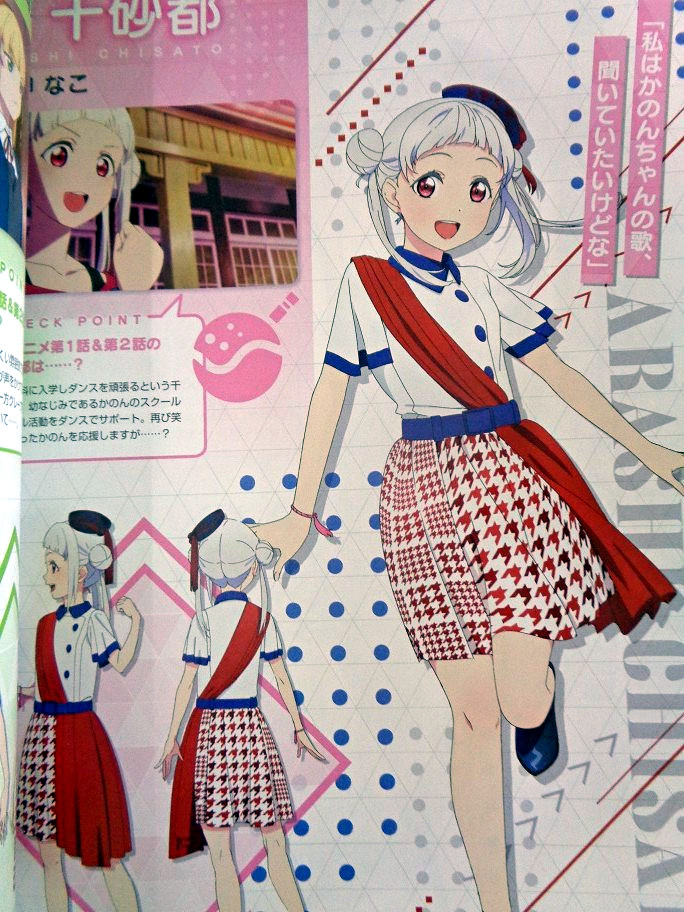 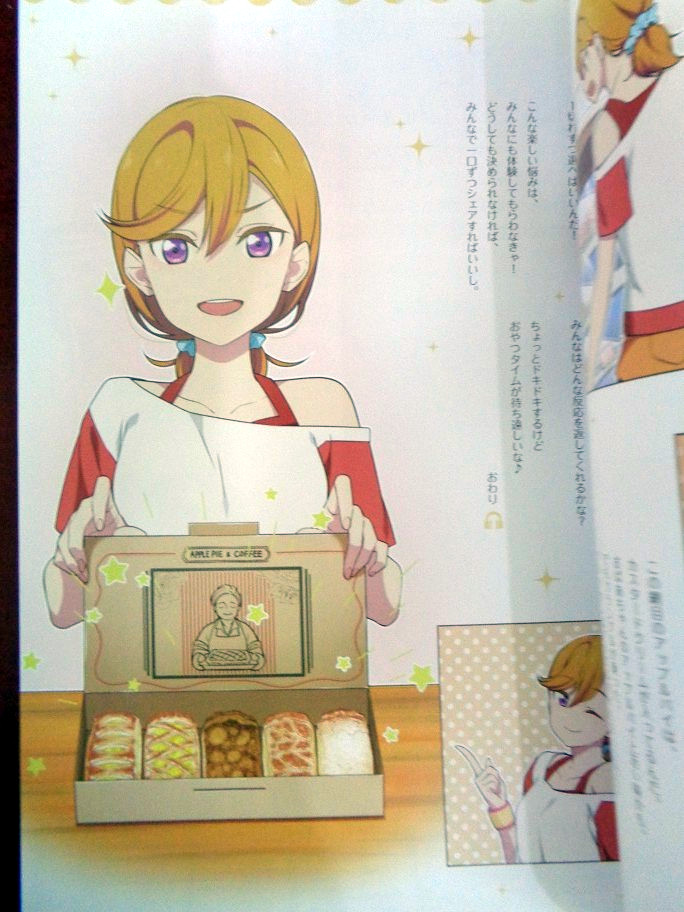 group pic. I think this would be the cover of their fanbook. 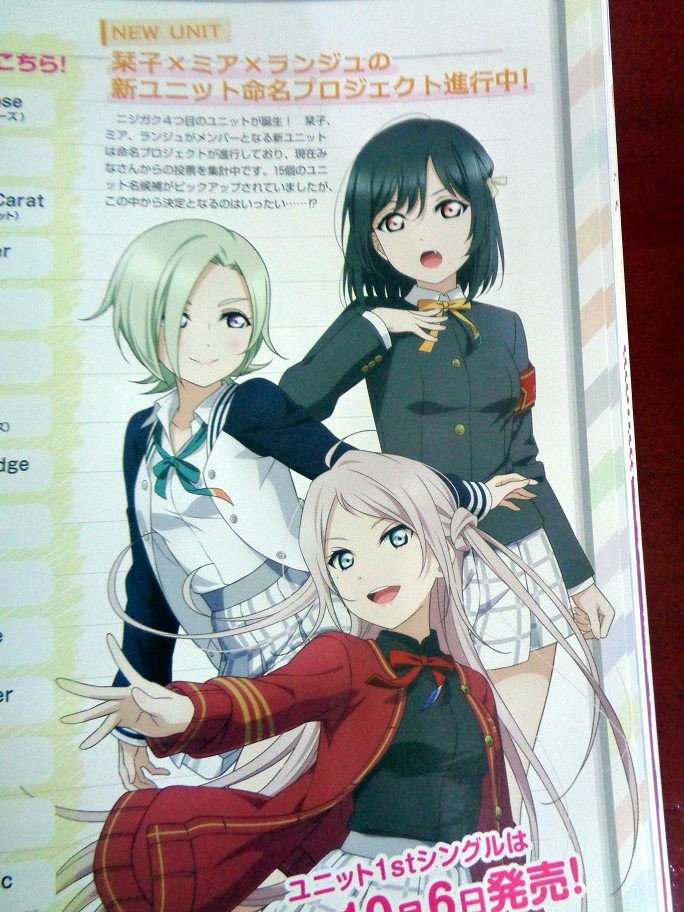 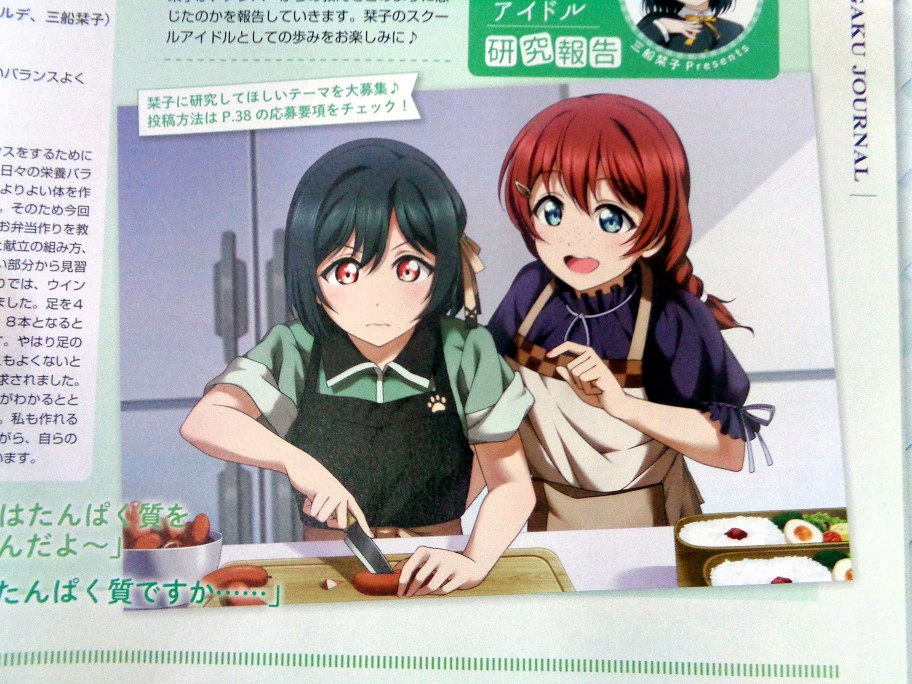 Kanata poster that came with the magazine. It's a big poster. :3 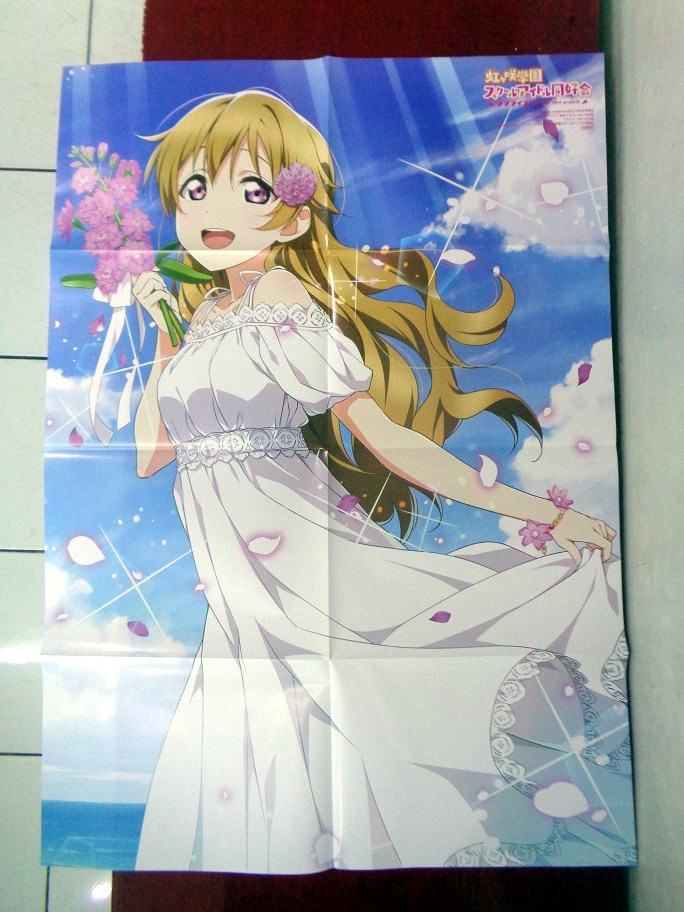 fun at the beach 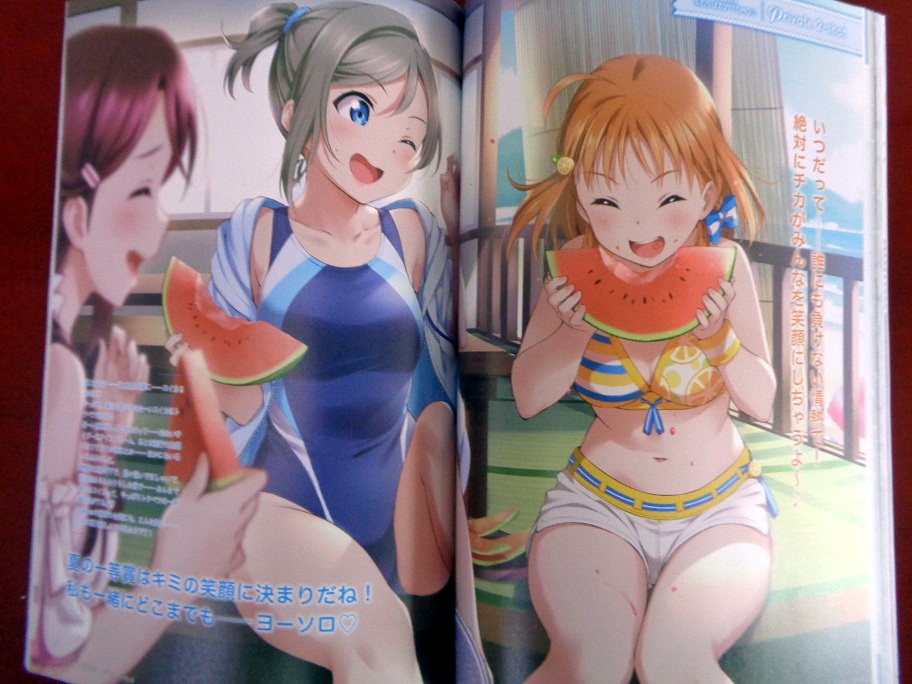 what they are doing now.. 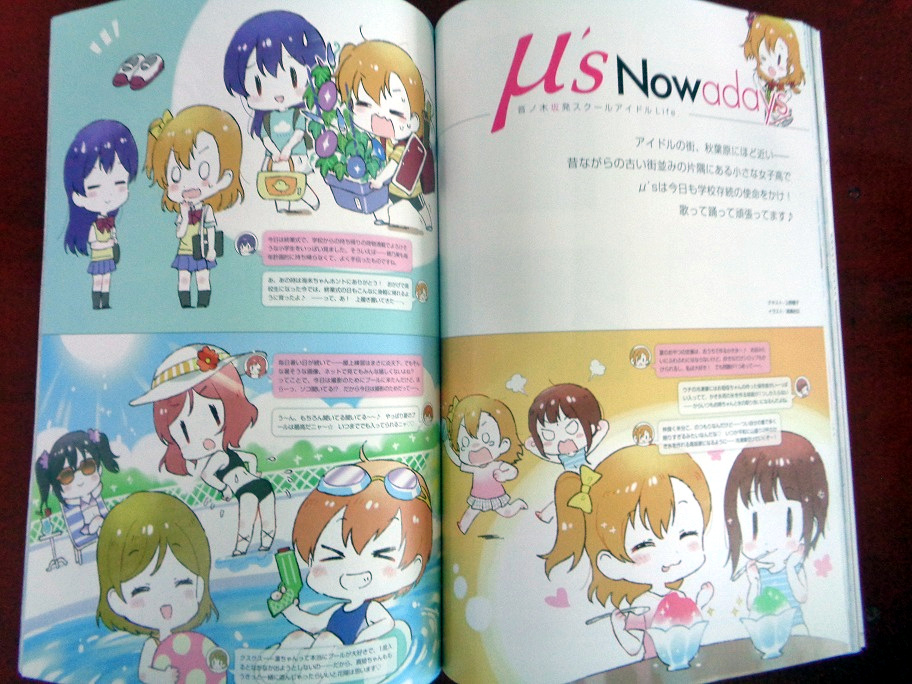 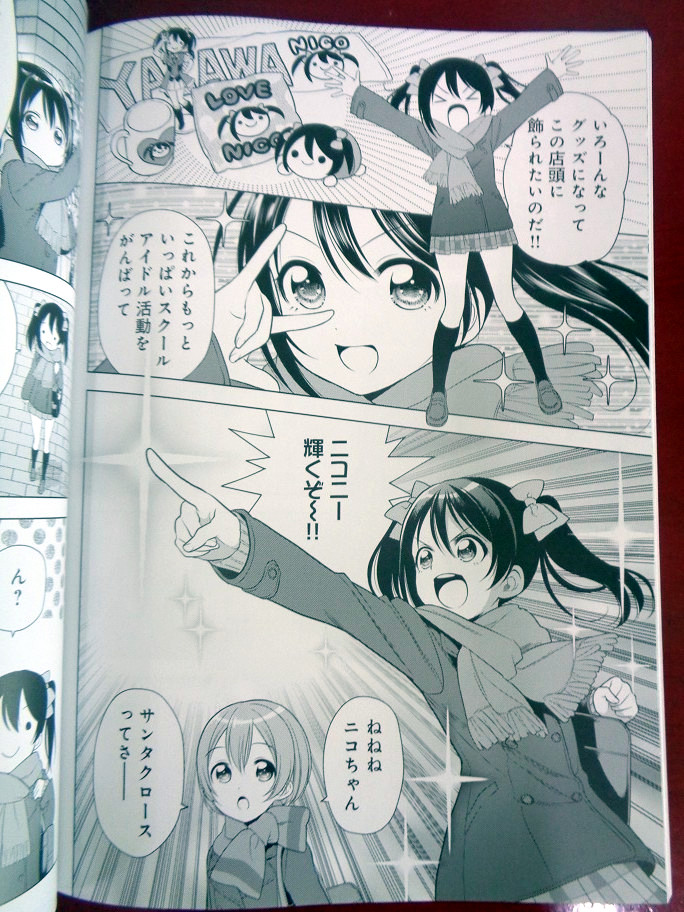 going to share the next volume too. If I order it. :>

mdchaos May 19, 2021 7:10 PM
Yeah I could tell from what you've seen there. I just thought it was interesting you'd have that being one who's seen a lot more of the genre than you have. I also speak that as someone who has yet to the see Beast Wars II and Neo.

Dual and Xenoglossia are some interesting choices as they don't really get mentioned too much.

Xenoglossia is quite good, though it's more of an Sunrise mech show than anything idolmaster related. It is pretty good in that sense with how good the characters are and even for a sunrise mech show, Xenoglossia is much different than what they'd usually do. It's basically it's own thing, but I guess having the Idolmaster brand was the only way it could get off the ground, which would be understandable.

Dual isn't really like Evangelion at all, since quite honesty nothing can replicate Eva's success. That and Dual is more comedic and deals with parallel dimensions. I remember the show just being okay but nothing terrible. I mostly remember the mech designs being pretty cool and the parallel universe was kinda interesting. I haven't seen anyting tenchi related(though I have an interest), so I can't comment much on how it relates to that. Though from what I've heard it isn't that much.

Evangelion for me I regard as being pretty good and does have it's major significance in Japanese media. Though it is far from a perfect show and is very flawed. The first 23 episodes are very good and what they do with old mecha and tokusatsu tropes is pretty engaging, that's the heart of the show for me. The last 3 episodes and end of eva are pretty rubbish due to how poorly planned out and not well though out the series became, as well as a multitude of other reasons. Still I consider eva to be a decent show and I do like it from time to time, though certainly not as much as others in it's genre.

That is true, but not entirely. Evangelion takes a lot from Ultraman as well as classic mecha like Ideon and Gundam largely because anno was a fan of those and it shows. Evangelion kinda came out at the right place and right, and for a lot of people it was the first time they saw a show like it It's not hard to see why evangelion was as successful as it was, as people who like Eva in Japan just think it's a really fun show with nothing that super deep or layered. It sorta did for Japanese Sci fi as the matrix and star wars did for western sci fi, as they were kinda passion projects and tributes to the things the creator was into. A lot of people in the west lack that context so they paint the show in a far more inaccurate light than what it really is. which personally annoys me a lot and what I largely hate about western eva fans.

Gurren Lagann I do not regard very highly at all, esp as the more mech shows you watch the worse it gets. GL was made by people who did clearly like the genre they were paying homage to, but didn't understand what made Mazinger Z, Getter robo, Gaogaigar, and so on stand the test of time. The writing is Shallow as hell and the characters are just 1 note archetypes with no real substance at all.

Patlabor is fucking fantastic all around and one of the best, esp the tv show and movies. Gundam I can understand being daunting to get into with how much material there but once you get through it's no problem and helps that a lot of is really good to great. I think considering you seemed to like Beast Wars II and Neo, you might wanna look into the Braves shows, Web diver, and Zoids, as Takara was involved with all those. Braves is one of the best int he mech genre and super influential in it's own way.

mdchaos May 19, 2021 11:14 AM
>Gives Gurren Lagann and Eva low ratings
>rates the Japanese beast wars shows higher than both