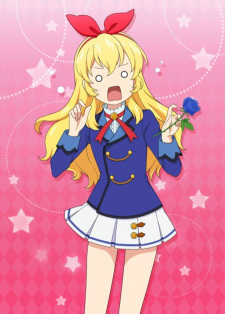 snowzyishere Sep 29, 7:06 PM
i might be a bit biased cause sao is my first every anime not including naruto and pokemon but what is so bad about it i think its a general at least a 8 so why do people hate it

> My interests include cute girls, genki girls, blonde girls, long-haired girls, stupid faces and for some reason buff shirtless dudes beating the bejesus out of each other.

while the last two kinda depend on the anime, oh boy, the rest are basically me, blessed.

I haven't seen many people who have watched a considerably bigger amount of CGDCT shows than me, I bow down in admiration.

I saw you also sent me a follow on Anilist, not sure on which page you prefer talking (if you do), but feel free to reply on any of the two.

Lil-Bird May 6, 4:20 PM
I see you have Bobobo-Bo Bo-bobo as an all-time favorite of yours. You have bizarrely impeccable taste.

Timz0r Aug 9, 2019 4:22 AM
Ooooh, here at the other side from the Atlantic ocean it's pretty much the same I guess. It's all going down-hill and nobody really seems to notice. If you do and make a comment about it, you're the one that's the bad guy. M'kay. Oh well. But I can understand. It's one of the reasons why I prefer 'Chinese cartoons' over western media any day. :p

Aha, the Appalachian area I asume? How come? Nature over there looks nice. I only know that area thanks to a bunch of trilobite fossils from the Ordovician that are very similair with the Avalonian area (a prehistoric micro-continent that was the eastern coast of the US, the BeNeLux, big part of the U.K., northern France, etc) that collided back then. Back in the Ordovician things were a lot different. Guess I'm talking again about prehistory. Heh. My bad. I'm stuck here being a cash cow in one of the smallest countries in Western Europe at the other side of the Atlantic ocean. In comparison, Texas is like 4 - 5 times the size of the country where I'm living. Not much happends besides political drama and people not seeming to care even this place is turning into shit.

But then we have indeed cute anime girls to ease up the pain a bit. I'm still very recently into cute Slice of Life anime. I only started to gave it a chance after I watched Dragon Maid and Gabriel Dropout (we don't bully Satania!) thanks to the Twitch x Crunchyroll marathon in summer 2017. Before that, I didn't really invested a lot of time into watching anime and was more of casual.

Also, Bocchi is my adopted animu daughter if you like it or not. :-P 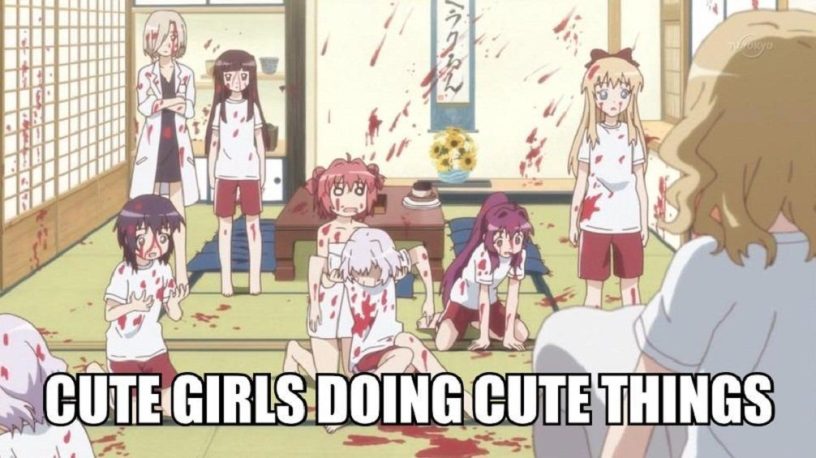