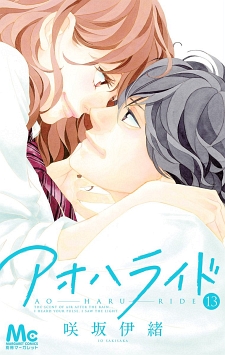 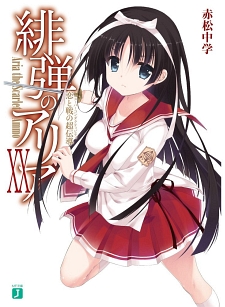 Is the novel of this really that good?
Since when the sales have anything to do with being good? But Danmachi is a pleasant read. Nothing more, but nothing less.

Is the novel of this really that good?

You're lagging behind. It's been announced quite some time already.

Sorry for this late reply..., but that is a side story. I already knew about that one >.<

I want a true season 2 to the main storyline!!!!! The sales are there... and hopefully this side story is enough to garner enough interest to make it happen.

You're lagging behind. It's been announced quite some time already.

ANIME WHEN, JAPAN?
DON'T YOU BASE ANIME ADAPTATIONS ON WHETHER OR NOT THEY'LL SELL? WELL YOU HAVE PERFECTLY GOOD POPULAR SERIES JUST WAITING TO GET ADAPTED BUT DON'T, THEN YOU GO AND ADAPT SHITTY LIGHT NOVEL HAREMS INSTEAD.
...
Sorry, had to get that out of my system.
I'm sure Horimiya will get an anime eventually (I hope) but I seriously doubt any of the other ones will. This whole time I thought it was another case of Japan having shit taste again but clearly these series are selling, so I really don't get it.

I am waiting patiently for the anime of Horimiya...

Damn.....No Ore Monogatari boost visible :/
Guess the Anime isn't doing a good job promoting it (enjoyable as it is)

Interesting, I never noticed that until now. Thanks for your answer.

Zefyris said:
Actually, I'm surprised to see Last embryo this week. I thought it was released on the 1st of June, so it shouldn't be here? Seeing Kuuderes_Shadow saying it's two days of sale, was it released saturday 30th instead?

Kadokawa Sneaker Bunko's theoretical official release date is the 1st day of every month. Official as in that's the date stated on their website. It has no meaning beyond that though: unlike other publishers with official dates who will occasionally release a few days early in order to avoid certain dates, Kadokawa Sneaker Bunko (as well as Kabokawa Beans Bunko and Kadokawa Ruby Bunko which release on the same day) have to the best of my knowledge never actually released on the 1st (it's usually between 25th and 30th of the month before the official release date), and every retailer would have it in stock and selling several days earlier, with the volumes always be listed as being on sale at the earlier date by retailers.

Compare that to MF Bunko J, whose release date is the 25th of the month, and who actually released on the 25th this month (like usual), but whose releases accumulated sales in the previous week due to preorders being shipped a few days early (and probably a few rogue retailers selling early as well).

>Hidan NOT getting s2 with those sales

Actually, I'm surprised to see Last embryo this week. I thought it was released on the 1st of June, so it shouldn't be here? Seeing Kuuderes_Shadow saying it's two days of sale, was it released saturday 30th instead?

That's only 2 days of sales. It will likely sell more than that next week.

MaahHeim said:
Time for a Aoharaido S2 already
I doubt it'll happen now since the manga is over.

Ao Haru Ride moved from 9th to 6th after this week's sales, above Terraformars.

Spreadsheet with calculations have been updated:
https://docs.google.com/spreadsheets/d/10K_N1R6l8reAqL4mioBECSNIJ6iqDo2FcouN79dg0Vc/edit?pli=1#gid=1549866658

I'm baffled. Why are some of the manga here (specifically Kekkai Sensen) have higher sales than the one the OP posted, but not posted on there? Are they two different lists/charts?

My quick explanation of why sales in the Manga Series list I posted are higher than what is in the OP, is that it covers the complete Top 500 manga volumes list every single week, while the usual manga list is only the Top 50 (more is available if you subscribe for the much more expensive Oricon Biz service). So obviously it will be >= to the total of all the volumes in the Top 50 there, since many of the Kekkai Sensen volumes are hanging between rank 51 and 500 for this week.

Hidan no Aria first? Wow, I am kind of happy.

Last Embryo is a bit low ... damn. I guess the fact that it's not titled Mondaiji does not help?