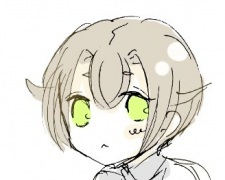 Really reflects the snowflakes on this website when you get a little bit of negative attention. [2]

Fluoxetine_50mg Aug 4, 2017 5:33 PM
Thanks.
Really reflects the snowflakes on this website when you get a little bit of negative attention.

AOT manga is becoming less edgy as the story progress around 40+ chapters
-Eren gets character development
-Titan shifting was finally explained and there was another Titan shifter
-More revelations exposed about history of Titans and why are they created
-The deaths on later chapters have more impact than the early weak deaths from the early chapters
-On latest chapter, Humans finally conquered Wall Maria again but their mission is not over yet


AOT anime is just incomplete adaptation, i guess the 2nd season is to show the Hairy Gorilla Titan and more Human Politics.

Gluzin May 5, 2016 3:24 PM
Did you know that Haibane Renmei is about uncute girls doing uncute things until something happens but you've already fallen asleep by then?
All Comments