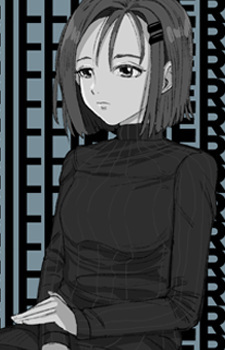 Kyotso Jul 11, 5:31 PM
Very insightful response! I can totally see why JS 2020 would appeal to you when viewed as a sort of embodiment of the Japanese psyche at the time.
I was viewing it (perhaps foolishly, idk) as a standalone product, so I could only appreciate the leftist commentary - the convenience store owner was by far the most interesting character for me, painting a picture for why members of the working class would resort to nationalism despite their exclusionary attitude mirroring the economic system that makes their life so difficult (he's also addicted to smoking - a product that exploits his vulnerability - and of course an even greater exploitation is seen in the cult leader). Convenience store man (forgot his name) is left barren in the face of disaster, but he's still privileged to have one piece of technology with him - the little robot guy - however, unlike the mass-produced technology owned by other characters, this one was a product of love (created by his granddaughter, right?) showing that goods can be distributed through sheer compassion as opposed to just an exploitative drive to make money. That was def the most heartwarming aspect of the show for me.
But yeah, thanks for teaching me about another side - it definitely allows me to respect the work more!

Kyotso Jul 11, 6:14 AM
yo GilLiesHere, can I ask you what you liked so much about Japan Sinks 2020?
I enjoyed the commentary on class and all (the part where the kid says "I bet Amazon hasn't sunk" or something like that was good) and the poor being forced to rise up because they're literally sinking, but i generally found the product to be rough and, at times, unintentionally hilarious.
Just curious about your thoughts since everyone else I know either hates the series or was mid on it.
(I will admit the show's look at national identity was actually pretty nuanced, so maybe that appealed to you?)

stack42 Jan 27, 1:45 PM
He really is. He's what every fan of "modern visual culture" should aspire towards.

stack42 Jan 27, 9:24 AM
Thanks for accepting the request. We seem to have some pretty big overlap in our taste overall. Really fucking cool to see Madarame on your characters list. Such a great character arc over that series. Genshiken seems criminally under watched and appreciated these days sadly. Cool letterboxd account too. We seem to appreciate some similar qualities in things we rate highly.