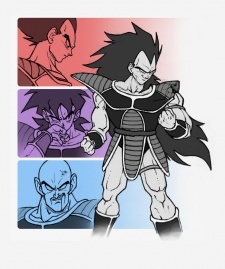 ItIsIDio Jun 5, 2:35 AM
Don't worry, in regards to your PS. I wasn't going to take it that way. Especially since what you said is true. If Joseph wasn't funny, Battle Tendency would've been lame. I'd likely have found the fights entertaining still, because Araki would've found a way to make them ridiculous, but if I'd have felt the same way about Joseph as I felt about good old lame Jotaro in Part 3, it definitely would've made it way worse.

I did check some parts in advance and I know some things about HxH. I don't really know about the Chimera Ant Arc in terms of action or other characters, but I like the parts I saw about Komugi (The blind booger girl) and the Ant King's characterization and arc. But experiencing that through random clips is likely very different than experiencing it episodically. Also, I know to some extent how Nen works, and I'm having a hard time seeing it as inconsistent as Hamon, because at least Nen has a system under which it operates. It has some rules that it follows. Hamon is whatever the author wants it to be at the respective moment, with it working that way until he forgets. At least Nen has some restrictions based on its categorization system. I suspect based on what you said, that your opinion has to do with either or both power scaling in-universe and special types of nen powers that appear out of nowhere. Am I close with that?

I do really like your point about "Strategic" fights. Just because the internal logic of the fight is explained by the characters, it doesn't mean the fight itself is anything special. Especially since I noticed that they explain really obvious shit all the time, taking away from actual moments that could've been decent otherwise.

Bold_n_Brash May 22, 10:37 PM
I'm 6 episodes into Parasyte and I'm not enjoying it. It's competently written, but, for me, it has been a bit boring thus far. The main character already seems a bit too powerful and I don't really like any of the characters other than Migi. When does it get good?

Also, what made you skip Part 5 of Jojo's?

Kalo_Dawg Mar 28, 12:08 PM
i have no clue why it shows up as preliminary. I've read and checked all 139 chapters and marked it as completed more than a year ago

Bunille Jan 23, 1:01 PM
If characters aren't real people then why are you so annoyed with their personalities like they're a real person?

Shiokishi Jan 23, 8:57 AM
While i totally understand and partly share your opinion on platinum end, i do not get why you would watch an anime after you trashed about the manga just a few months back.

Freexss Jan 15, 1:33 PM
Your review on Blue Period was exactly how I felt. I saw the sea of 10/10 for the manga and I thought "what the fuck is this shit?". I think they view it the same way I viewed Horimiya as a "deep" and "complex" manga when I was a teenager (fuck I am getting old) when it was extremely superficial in retrospect and after a second read.

Thank you for your insight and response.

RdTheSadSloth Nov 20, 2021 4:53 PM
Hi, just leaving a thought on Blue Period anime. I really like the lines because I can somehow relate. I am not artistic myself, but did you score it based on art that they shown so far itself? Anyway, have a great day!

DekuGasu Nov 16, 2021 4:44 PM
Good question, I found it in my pictures, and sent it, now and then I just random people, random shit, probably a bad habit no cap
All Comments