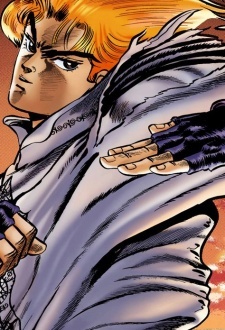 SteelingMax Jun 4, 2022 11:24 PM
I think the MAL community overrates HxH way too much, i agree with your partial review on it, i've watched the entirety of the 2011 anime and i think the first arc is a good indication of what's to come, i even found the super famous Chimera Ants arc to be one of the worse arcs in the series.
The two main characters constantly annoy the crap out of me, while the other two, actual good, "main characters" get relegated to the background.
Strategic fights are really convoluted just to make a character look real smart, and just bc characters explain their "strategy" people think it's too deep and complex for people that don't appreciate it, it's like Battle Tendency if Joseph wasn't hilarious.
Their magic system is also one of the things that they constantly bring up, i think it's one of the most inconsistent magic systems i've ever seen, it can basically do anything, it's actually super similar to Hamon, the actual most inconsistent power system ever, Stands would be a close second.

PS: I'm not trying to play Reverse Psychology on you, by comparing it to JOJO.

So, for Golden Kamuy, by taking a guess looking at your favourites-list and shows you rated 10, I felt like Golden Kamuy could fit in there as well.
It has great story telling, an amazing array of colourful characters, good pacing and well balanced depth and pure bizarreness.
Honestly I can go on and on preaching this manga. But I'll leave it up to you.
The first few chapters already grabbed me immediately (unlike other series...), so maybe if there's some spare time sometime I'd recommend checking it out! :)
Also, I've never met someone who said they didn't enjoy it, so I'd would be interested to see if you like it or not and I'd love to hear your opinion!

tanigucci Mar 26, 2022 1:46 PM
I don't want to be that "person" but I'd recommend picking HxH up again----
Also I really recommend Golden Kamuy! I think it might be your cup of tea

redwolf6767 Mar 24, 2022 1:27 PM
I did enjoy watching Seven Scissors recently. It is not a masterpiece, but it is pretty funny and the episodes are short. Maybe you could give it a try.

I'll try to give that some thought and get back to you. There is a show on my backlog I may watch soon that I think could be a contender for a recommendation. That being said....

In terms of lately: Off the top of my head, Vivy: Fluorite Eye's Song. It has some time travel aspects, which I normally dislike, but I found them acceptable in this one. The first part of the new JoJo season is out and there's also JoJo Part 4's specials.

Then there's stuff that is objectively not good, but I kind of thought was just so amazingly Wow that I ended up enjoying watching it. Example: Battle Royal High School (no I am not recommending it).

I'm sure I could pull some recommendations out of my completed list for you if you wanted...I believe there's several movies and at least a couple shows I've seen that I think would match your taste that you haven't seen. Let me know if you'd like me to or if you are in the mood for something specific.