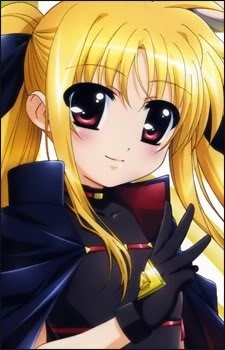 NextUniverse Yesterday, 3:42 PM
That's a new one for sure, well, I suppose since you have been (presumably) for over a decade now, there is that one person. Cherry on top for "doing it wrong", seems originality is still subject to silly behaviour. For sure, it is inevitable in such a working place. Yes, that is true and unfortunate, optimistically though, at least they can make for a good laugh every now and then.

Gamer-9000 Yesterday, 5:39 AM
Seeing that you were disappointed with previous fate installments, you should check out season 2 of fate zero, Its actually pretty good and only 12 episodes (and Shirou only appears in the very end lol)

NextUniverse Jun 10, 3:50 PM
Yeah, I suppose it comes down to viewer perception. I suppose the majority here believes sub > dub, so there is coherence there that shouldn't bring inconveniences with that technicality for anyone. Oh retail is a hotspot for a mess like that, you must have plenty of stories lol. Irrational humans will always be irrational, it comes with gifts and displeasures. One thing to note is that the ones with gifts are just a silent majority. I place trust in those people to keep me sane.

NextUniverse Jun 9, 4:21 PM
Exactly that, there's always the nice bunch to have faith in. That's good news, I will see you when you get there with that completed.

Oh, I suppose that makes sense. I myself do believe original language is the best language but some anime may have exceptions. Most of the time due to ridiculous changes in the scripts. Experience pays off, props to you for consistency in that matter I suppose. Some people are too entitled at times that they forget basic human decency. No point in going into why, but I find that incredibly sad people act like that. Well, I suppose, we are all different, aren't we?

NextUniverse Jun 7, 7:03 PM
That's a shame really. But it is understandable. At least it always isn't negative comments. I would be damned if you told me that was your entire comments section, surely you've had the nice comments come in every now and then. I generally don't mind a discussion, though, considering my lifestyle, I am also the top 1 most unreliable person I know of. If you have time to, then that is nice, dragging would make no sense so I would like to just see where we diverge and maybe say something about that.

Oh, makes a lot of sense. Do you not like dub or something? Or is it because the majority dictates in that category. Very minor side comment, 400 episodes can seem a little ambiguous since episode length is never consistent, do you not watch even 400 ep anime where each ep is less that 5 mins or something short like that.

NextUniverse Jun 7, 5:22 PM
I am obviously not you, but from what I have seen here, it is just every reviewer comment section that seems to also exist here, by that I mean your average "you have shit taste/scores!" "good review bro!" type comments. Tbf I generally don't know anyone who engages in consistent discussions with any reviewer apart from the rare few. Was just wondering because I just wanted to hear your thoughts on the mentioned ReLife. Idk if there is any point in you reviewing that, but considering 550+ reviews in your name, it is another one to add to your belt if you want. No clue if there is any point in a discussion because idk how you like your anime compared to me. I generally don't like to drag anything to a futile argument and that isn't me insulting you if you get what I mean.

Regardless of what I have said, it would be nice to hear what you think of it. Maybe if you have time to review it, that would be nice, I might sneak a read and never be seen again.

NextUniverse Jun 7, 4:57 PM
Do you ever review things for the sake of initiating discussion? Or do you review simply to give a thought one might use when choosing to watch something?

Which leads me to say, have you reviewed ReLife?

weltmano Jun 3, 6:16 PM
[this is a mass message, I'll send a real answer in a few days]
Hey everyone, sorry for the month-long delay in sending responses. Things have been a bit erratic over here, and I'm still in the middle of some complicated situations. I'll get back to everyone in the next few days, so just wait a bit longer.

unimportantuser Jun 3, 2:26 PM
I see that somebody requested you to review Zeta Gundam. I hope you don't plan on watching that without at least watching the original Mobile Suit Gundam as Zeta is a direct sequel. In the case that you are I guess I may as well request that you review the original Mobile Suit Gundam, but specifically the film trilogy. The film trilogy is pretty much the original series but with some touched up animation (I mean really touched up, without going all history lesson on you the final portion/the 3rd movie's content as it originally aired on TV had really rough animation because the producers were really rough on Yoshiyuki Tomino since Gundam initially wasn't successful & getting the ratings they wanted which lead to the animators having barely any time to complete scenes). It also has better pacing imo but that being said it can still be pretty rough. They're each 2+ hour movies that go over a lot of content. Even with their problems it's still my preferred way to watch 0079 in animated form. My personal preference is the "Mobile Suit Gundam The Origin" manga which is a remake of 0079 with an added flashback scene. I would request that but there aren't any scans for it & the books (if where you live even has physicals of Gundam The Origin) are pretty expensive.

On an unrelated topic, do you have any opinions on Takeshi Obata (The Death Note Artist) as an artist? He's one of my favorite mangaka's in terms of art & I think he's a fantastic character designer.

Nathaniel-10 Jun 1, 8:54 AM
First of all, why tf u only watch the first Gintama? Its not even end yet lmao, continued it dude. The story get better from that. U really think gintama only have One season? LMAOOOOOO, go continued it rn