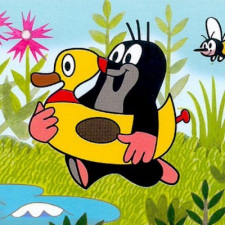 jery_js Feb 19, 2021 10:41 AM
Nobody😅, just someone who is lonely and hopes in finding someone interesting to talk to stop that he could share animes and find something worth watching. ☺️

theMuschainner Oct 24, 2020 5:58 AM
Hello! I am Muschainner.
I liked your profile so I added you. Visit MAL and decide if you would like to add me.

Azizdy Oct 16, 2020 6:26 PM
Azizdy was like, the first name I came up with and would've gone for originally when I joined reddit, since its basically an alteration of my actual name, but went for on MAL since its more simple. Enotita was me being more creative, and something of an alias I came up with online to join a community, and was something I created to represent an idea I stood for since its Greek for the word "unity" (it was also a name I came up for an OC I made long ago).

So enotita is my primary name for the most part, and Azizdy just happened to follow me as something meant to be more simple.