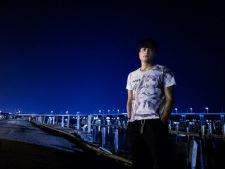 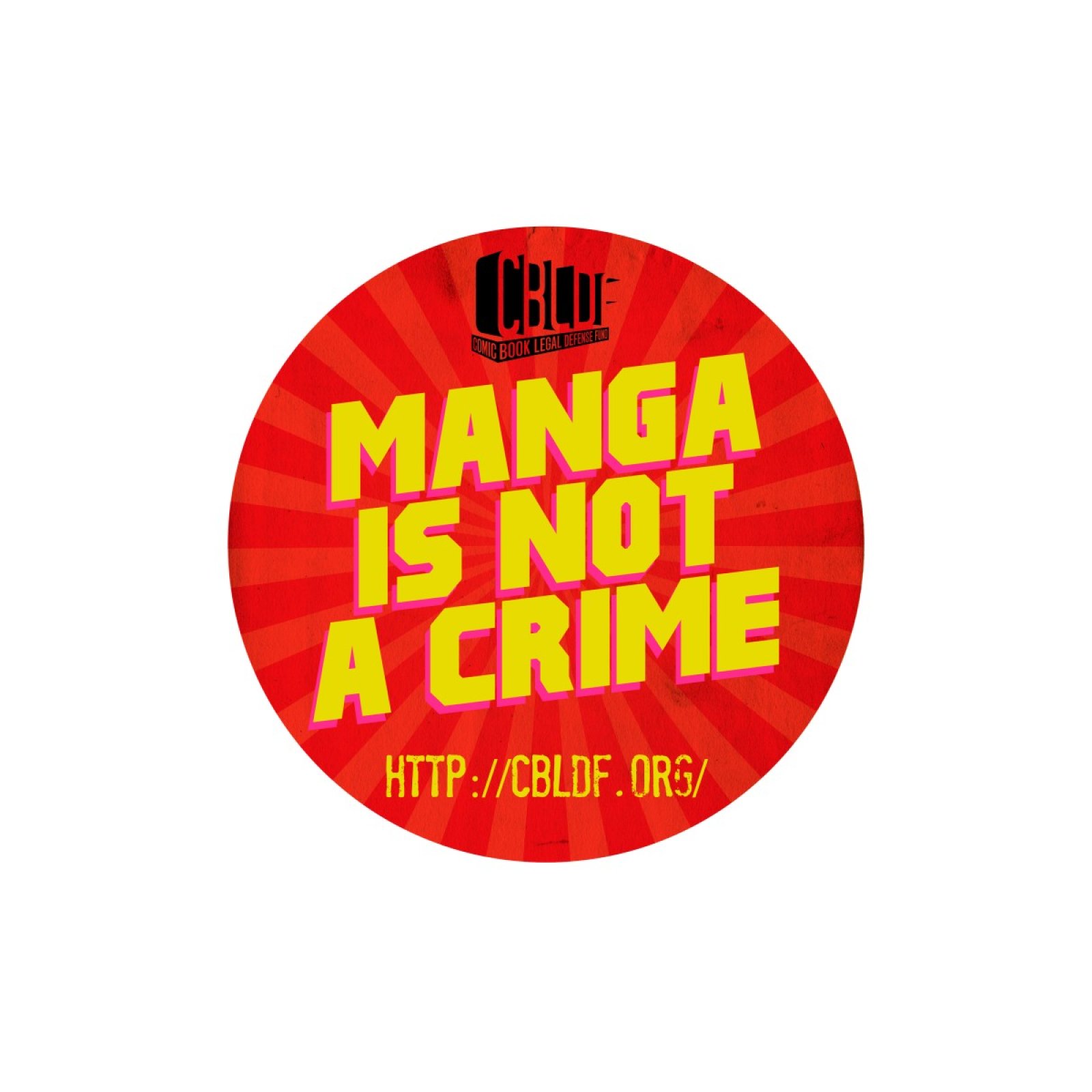 My name is Akemi Mokoto. I am an anti-censorship activist and TV news Photojournalist. I own the Photography studio, Otaku Photography in Virginia Beach and a news stronger organization called HADS Wire Service. I run the [url=http://myanimelist.net/clubs.php?cid=135]Lolicon Defense Task Force[/url], I am also the Owner and Director of Special Media for @PCALive(Twitter). I am a Contributing Photographer with Getty Images, Real Estate Photographer for various Hampton Roads real estate companies, former Breaking News Editor with PZ Feed, trained SKYWARN Spotter with the National Weather Service and Chesapeake CERT Volunteer.

I believe my first Anime was either Yu Yu Hakusho, Inuyasha, or Cardcaptor Sakura, or Neon Genesis Evangelion. What I believe made me become a bigger Anime fan was Fooly Cooly(FLCL). The first Anime I passionately fell in love with was Saikano, which I first saw after I picked up a copy of volume 1 from a local library. I spend an average of $7,000/year on Anime, manga, and products related to them(figures, shirts, posters, etc) and I drive an Itasha.

When judging an anime, I tend not to simply consider my personal taste or level of enjoyment, but objective things that makes a work of fiction, particularly anime, quality - great works. These include...

#10 isn't generally required in most circumstances. And all of these are entirely dependent on the genre, theme and target audience. So, for example, I wouldn't expect an anime intended to be funny only to be an anime that's supposed to be a work of quality writing. I have personally enjoyed a lot of anime that I could also admit were objectively average or bad. Just as you can eat McDonald's and enjoy it but realize you're eating garbage made by an idiot.

HOW I RATE ANIME:

10 - Among the best anime I've seen/flawless

9- Almost perfect but missing the IT factor

7 - Good enough for me, but pretty basic

5 - Sterotypical from star to finish & lucky I didn't drop it.

4 - I wish I dropped it sooner, if I didn't already drop it.

1-3 - Likely dropped or hated with a passion.


I share a birthday with several anime and visual novel characters:

This is my car...well my old car, but my new car has the exact same car wrap in the picture.


Proud active MAL member since 2007, but too lazy to make my profile look flashy or presentable! I accept ALL friend request!

You have based taste.

NekoWeebOwO Jul 18, 1:05 AM
Hi, thanks accepting my friend request.

Voidhelix Jul 7, 2:46 PM
Thank you for accepting my friend request. Have a wonderful day.

Nagatotoro Jul 5, 2:03 PM
I see, thanks for telling me it's always nice to not remain ignorant over certain things!

I guess everyone has a different opinion over this topic, and I mean it's normal since it's quite controversial.

But I truly wish that serious stuff like that could be represented in a more objective way, for example I don't think anyone who doesn't have a sort of sexual sadism deviancy could find punching someone or beating up someone to death sexy in general.

Rape is a form of torture and violence, so I truly wil never understand how it is considered sexy in animes or other rappresentations, I don't think it's sexy or hot just because sexual intercouse is involved.

Thanks for sharing your experience with me!^^ I really wish to visit it one day, especially Tokyo and also Okayama and Kyoto Prefectures!

I try hard to not generalize since I dislike it, but I would lie if I said I never met people of this type

Here in Italy the equivalent is people obsessed with My Hero Academia, Haikyuu, Tokyo Ghoul or Jujutsu Kaisen. Mostly are boys or girls who are tomboyish and confused about their sexuality or gender. And that's ok I mean who am I to judge I would be an idiot. But they are attention-seekers (especially On Tiktok), pretentious and overly-obsessed to the point they have ships wars and want you to like their favourites animes/mangas too.You HAVE too. Otherwise you are horrible or weird. They are really dumb and vulgar too

Boys too like these animes but dont have the tiktok/sexuality phase. But they like hentai in a weird manner. They would arrive asking a female friend who also like it to watch it with them even if they aren't in a relationship (Im sorry me at least I find it a creepy way of flirting) or they think that rape is sexy and it is ok in mangas since it is a paperwork. Now, I have a weird view about this, but I guess that from the point of view of a female, it can be a bit a sensitive topic them to hear, but everyone get defensive in certain things don't they?

Personally If there is no rape I tend do adore hentai/Ecchi and especially Lolicon stuff, which most people can quite dislike. But I dont usually watch hentai for the normal reasons, but because I like the art and since Im studying Japanese language I have no other way to learn how to say certains things. However I don't get excited over rape scenes. Like I say I dont want to judge, "bUt" (Im sorry there is a but) I wouldn't be proud of saying I think those types of scenes are ok and that they can be very hot, also because I think that "real rapes" would be women crying or screaming from pain, I guess that I dislike this type of thing because it is like it's making it less horrible/acceptable and justifying a form of violence, and with all scenarios possible I dislike the fact that men could possibly get aroused over stuff like this. I tend to also reflect on how a rape victim could possibly feel seeing, knowing or hearing from a man something like that. Japanese Actresses that work in this industry too, are often forced on it and it is a very sad and a major society's problem in Japan.
The fault however is of course mostly of people who mame this type of things

I don't immediately think that people are bad only based on that, I only take my distance when they don't like the fact that I have a different view because (always the same story) they think I'm judging at the level I don't want to talk with them anymore


I don't think they are bad people, but they are a bit stupid and superficial, and sometimes have weird outlooks about life's expectations

It really depends, but I guess the majority of people now unfortunately are like this, certains anime have become mainstream

You really have to search well even among anime "fans"

I never met American fans either male or females and I don't really know how it changes from country to country. But it's true from what I know Japanese and Western anime fans have many differences.

How was your experience in Japan?^^

Nagatotoro Jun 29, 2:21 AM
It's true most of the time people who go to anime cons (I do this myself but mostly because Im shy) go there only because they are interested in buy stuff and not for making friendships.

Im sorry you had experiences like that, I hope you don't find me snobby too!

I try to be less judging as possible, I don't like to make people feel uncomfortable

Anyway yes, I sometimes hang out with them even just to talk but I usually invite them over or go to their houses to watch stuff together

Nagatotoro Jun 29, 12:49 AM
It's sexy and gets sexy ahahahah, thanks for the answer, I should be more open minded about giving animes I dropped a second time! I should trust you since you are an expert mal user, I wonder how mal was like some years ago

Friendships were always complicated, now more than ever, and everybody has their ways making them. I don't think there's anything weird or shameful about it, if you found your way to have fun and not be lonely then it was a success, at least this is how it is in my opinion^^

I tend to be way too shy especially in real life, but sometimes even online so I have few friends, but they all understand me quite well, I would hate feeling uncomfortable even if that would mean to have "friends" to hang out with regularly

Nagatotoro Jun 29, 12:11 AM
Sorry for bothering, I was wondering if you think I should give a second chance to Grisaia No Kajitsu since I dropped it some time ago, Does it get better? Also I feel very happy to know you also have Kodomo No Jikan in your favourites(^-^)

We are already friends but it's a bit a shame, we never talked seriously