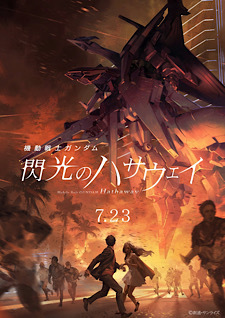 The official Mobile Suit Gundam YouTube channel announced the main cast for the Mobile Suit Gundam: Hathaway's Flash anime film trilogy during a livestream event on Wednesday. A second preview, new key visual (pictured right), and the theme song artist were also unveiled. The first film in the trilogy will premiere in Japan on July 23.

Synopsis
—Do you know the Nejen?
If you know it, then I'll take you there—

The year is U.C. 0105. Twelve years have passed since the end of the second Neo Zeon War (Char's Rebellion). Even after "the Axis Shock," which seemed to indicate the future of humanity and the Universal Century, the world is still in a chaotic situation where intermittent military conflicts continue to break out. The Earth Federation government is more corrupt than ever, and its leadership has not only accelerated Earth's pollution, but also implemented an inhuman "Man Hunting" policy in which civilians are forcibly exiled to outer space.

The person who calls himself "Mafty" and leads this organization is Hathaway Noa, the son of Bright Noa, an officer of the Earth Federation Forces who once participated in the One Year War. Hathaway himself joined the forces trying to stop Char's Rebellion. With firsthand knowledge of the ideals and ideologies of Amuro Ray and Char Aznable, he has become a warrior following in their footsteps, and plans to clear a path forward through armed resistance. His destiny, however, is drastically altered as he encounters the Federation Forces officer Kenneth Sleg and a mysterious young beauty named Gigi Andalucia. (Source: Gundam Global Portal)

The first film's theme song will be performed by Japanese rock band Alexandros.

Mobile Suit Gundam: Hathaway's Flash is based on novels written by Yoshiyuki Tomino. A total of three volumes were published by Kadokawa Sneaker Bunko between February 1989 and April 1990. The film trilogy was announced in November 2018 as part of the Mobile Suit Gundam franchise's 40th anniversary. 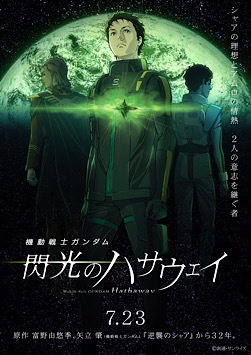 Really watching the PV looks like Gundam meets 007. Suwabe looks cool with his character as always.

So, this isn't first time that Gigi and Kenneth's voice actor meet together (1st is kimetsu no yaiba, 2nd is listeners)

And Kenneth meet Hathaway in Golden Wind, KNB, and Magi

No wonder I thought some of the visual style looked very similar.

Alpha_Trannery said:
Let us hope beyond hope that this is better than NT.
Not a high bar tbh.
This being a trilogy already makes it better for me lol.

Amazing stuff. One of the best posters I've seen in a while. Waiting for the BDs will be painful.


Tropisch said:
Is that the RX-105 or the Penelope on the poster there? Hard to tell.
It's Penelope. Xi doesn't have that thing above it head. Sunrise also shared a design. 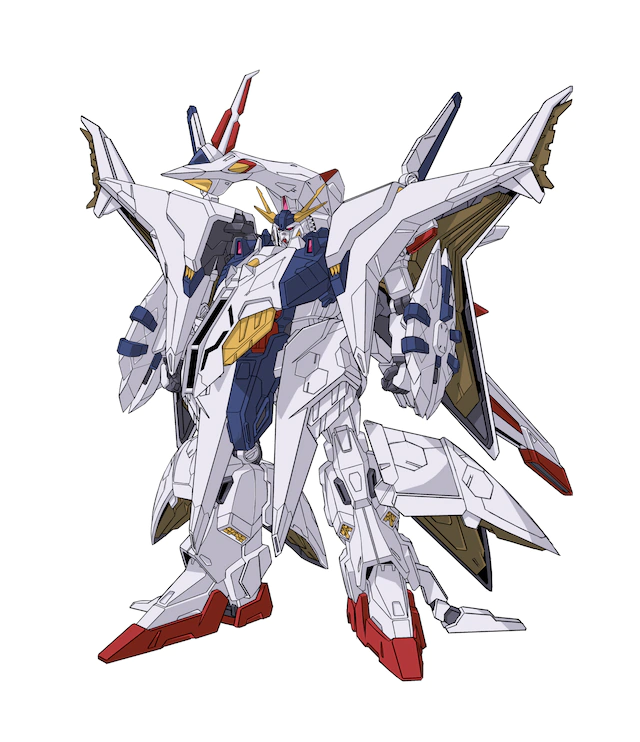 Is that the RX-105 or the Penelope on the poster there? Hard to tell.

God that poster is beautiful

Kaymyu said:
This actually looks GOOD. It's been 100 years...my god. Then again Iron Blooded Orphans wasn't too bad.
IBO was a while ago now, and it was so divisive its either people's favorite or least favorite so its overdue for a good gundam entry

This actually looks GOOD. It's been 100 years...my god. Then again Iron Blooded Orphans wasn't too bad.

Let us hope beyond hope that this is better than NT.

I really like Suwabe and the other two are solid as well from what I've seen. Now sunrise needs to adapt Char's deleted affair while Ikeda is still alive and I won't demand any more UC.

Mecha is saved by Mecha that matters.