Fourth Season of 'Senki Zesshou Symphogear' to Premiere in Summer 2017 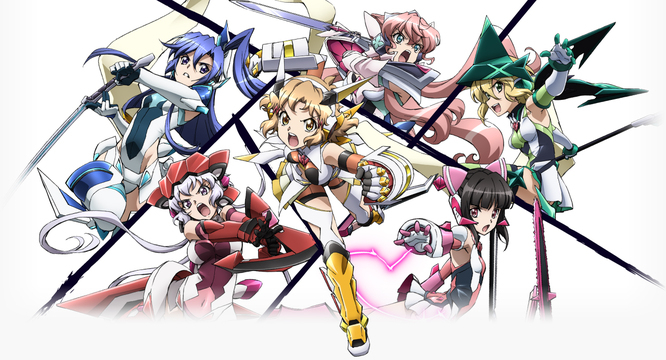 An official website opened and revealed that TV anime Senki Zesshou Symphogear AXZ will premiere for Summer 2017. The series serves as the fourth season of the Symphogear franchise. Main staff and cast members will reprise their roles.

The first Senki Zesshou Symphogear TV series began airing in 2012, with sequels airing in 2013 and 2015. The science fiction action franchise produced by Satelight is also known for its numerous theme songs, with music producer Noriyasu Agematsu credited as one of the original creators. In addition to the upcoming fourth season, a fifth season and smartphone game has also been planned.

valvravetruth said:
Am I the only one who likes Hibiki? Her songs full of determination, exactly her personality.
She has more favorites than every Geah other than Chris, so no.

Am I the only one who likes Hibiki? Her songs full of determination, exactly her personality.

Yay! More of one of my favorites is not a bad thing. Plot is overrated anyway.
Singing + Action = Enjoyment

FINALLLLLLLYYYYY. Something to look forward to now...

This is my type of Guilty Pleasure i'm always looking forward to watch.

Yea, I'm happy for the news (to be honest, I did earlier at AnimeJapan 2017 on this news awaited, but okay...), I do hope that I'll not so busy with work about the summer, where I can it watch that...xD

Edit: But really, AXZ? Sorry, but they couldn't on a better sub title think..? Because it sounds prettly like on Yugioh! (better said: on the fusioned mecha-monster...xD)

I was wondering when they would announce new info about this.

Maigosh!! I have been waiting for this!! *^* So glad that there's already confirmation now of the fourth season's premiere! :D

niceeeeeeeeee! more symphogear for my summer

I can't wait to see Chris again !! She is by far my favorite character in this show

I don't care about the Spring season anymore.

BRING ON THE SUMMER!

Xenocrisi said:
This will never end, won't it?

Anyway, I'm deeply disappointed. I was looking forward to another long-ass title
Full title is "Symphogear AXZ: By shedding many tears, the reality you face is..."

This will never end, won't it?

Anyway, I'm deeply disappointed. I was looking forward to another long-ass title

Haha, sweet. This is a kind of guilty pleasure for me. Looking forward to it!