American production company Skydance Media, a subsidiary of Paramount Pictures, has announced that they have acquired global rights for the upcoming Sword Art Online live-action TV series, which will be adapted from the original light novel. Film producer and executive producer Laeta Kalogridis (Avatar, Shutter Island) will write the script for the TV series. Miki Kazuma, editor of the light novel, mentioned that Kadokawa and Aniplex will release this news in Japan tomorrow morning.

The light novel, which is written by Reki Kawahara and illustrated by abec, has been publishing since April 2009 and currently has 17 volumes in-print. It has been adapted into two TV anime series by A-1 Pictures. The first season was broadcast for two cours in Summer 2012, followed by a TV special in December 2013. The second season broadcast in 2014. In addition to the anime adaptation, the series has received multiple manga adaptations by various artists. A movie is expected to premiere in Japan on February 18, 2017.

The series charted in the first half of the yearly manga and light novel rankings, selling a total of 489,374 copies, the second-to-most sales per series, while the 4th volume of Sword Art Online: Progressive was the most sold light novel volume with a total of 284,686 copies. Yen Press licensed the light novel and Aniplex of America licensed each of the TV series, as well as the special, for North American release.

inb4 they get a guy who looks 30, put him in a bad wig, and pretend like he doesn't look fucking weird and terrible like they always do with these fucking awful anime adaptions.

I would much prefer if it stayed animated.

On the one hand, its adapting from the light novel, so it might flesh out the narrative and the characters better than the anime did.

On the other hand, it's an American live-action adaption of something.

Both a literal and metaphorical double-edged sword involved in this one. 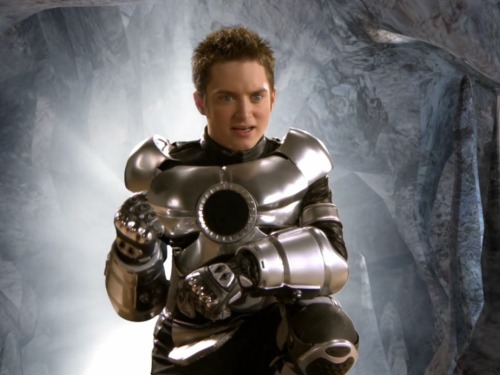 
Why WOULD it work as an american show?


Why WOULD it work as an american show?

rrucian said:
Awesome, I just can't wait for the TV Series and the VR Experience shit...
But I think it would probably not work.
Since the company is only a One-Man Stand, they would not have the funds to build one !

I am probably sure this won't work....

I made a blog post of why i think this would not work out.
Check out the following link :

Why WOULD it work as an american show?

Awesome, I just can't wait for the TV Series and the VR Experience shit...
But I think it would probably not work.
Since the company is only a One-Man Stand, they would not have the funds to build one !

I am probably sure this won't work....

I made a blog post of why i think this would not work out.
Check out the following link :

As a huge SAO-fan, I was very in joy to hear these news. I'm already imagining myself all the characters.

Do you have a clue how they will show Yui in a real person when she
is a very little fairy?

I believe this cancer infecting the minds of more and more ordinary people was one of the signs of the apocalypse in the book of Revelation...

Considering Hollywood appalling track record for adaptions of foreign movies, this will be horrible and flip like a flip flop.
Everything those huge 'Muricans touches instantaneously becomes rotten and violent, just look at all those countries they been in, all the movies they adapted, they all just sucks terribly now.

They Americanise everything like the little racists they are, the only reason they adapt things is to Americanise it to begin with.
Kazuto is probably going to be played by Arnold Schwarzenegger and Asuna will be played by non other than Nicki Minaj.

There will of course be steamy sex scene with CGI Armold and Nicki Minaj to even make people interested.
Michael Bay will probably be co-director so they get insane amount of explosions going on from A to B non stop.

The entire thing will probably take place in the Star Wars universe too, cause you got to milk that one hard and long.

Fai said:
Juu_Go said:
What more do they want us to see that happens within this "story"? Like seriously. What? It doesn't even have a sensible story line.. Whose asking for this?

it has perfectly sensible storyline and setting that is relevant to current tech industry and does not depend on japanese aesthetics or setting.


TomDay said:
it's not even that impressive (or popular) anymore.

Lack of fresh ideas in Hollywood so they've been scanning different forms of media/IPs for ideas. That's probably why we've been getting so many upcoming live action anime stuff.
Friendly reminder that Hollywood refers to a movie industry. Not overall entertainment industry. I am always shocked how out of touch people are.

It's just easier to type in Hollywood. Plus most people will still get what I'm saying.

thebrentinator24 said:
@blue-y I looked it up, the "Avatar" they're referring to is the movie about the blue people.

This will definitely be a train wreck.

Yeah I erased that comment after I googled and saw that it was James Cameron's "Avatar" not the live-action adaptation of Nickelodeon's "Avatar: airbender" lol

DaMoonWolf said:
I actually think this might not be that bad. I mean, sao has potential and adaptions have a tendency to differ from the source material... if they only adapted the 'sword art online' part (so not the part with the fairies, stupid conflict, incest and tentacle rape), and gave everything some time to actually develop (like show kirito doing stuff to level up instead of being 40 levels higher after one episode), it might be really interesting! Of course they should pay attention to the source material, but that's not to say they can't try to fix its mistakes right?

If only anime fans weren't so insistent on adaptations being 100% faithful to their sources, nothing more and nothing less...

Adapting anime to live action considering the current public's demands is most times a lose-lose situation. They can either try to perfectly copy the original and fail miserably (because the same thing probably won't work for such different medias), or they can try to properly adapt and change things as they think is needed which will make fans complain that it ruined the original and so on. It's going to take some time before both the industry and the audience learn to produce/watch live action adaptations of anime.

Miragee said:
Looking forward to the scene where Asuna is raped by that elven dude.
look up chapter 16.5

Well I guess I should probably elaborate on why I don't have high hopes for this now. I feel like with the story of SAO and how you have the elaborate virtual world that they would have a hard time accurately duplicating that. Of course the question would then be which arc would they take from? Would they do season 1 or season 2??? Then if so how would they go about duplicating the virtual world? How would they do the detailing on the monsters? So so so many questions. Of course we all wonder what the cast would be like while we're at it too right?

I really enjoy SAO, but just like every live action I don't have high hopes for this live action. Seriously though, wow, we're nearly 3/4 the way through 2016 and these sad little kids and trolls are still upset over how fast SAO went mainstream and how successful it is... smh...

Good luck on getting someone to play Agil.

Going to be fun seeing little sister having a crush on her brother in live action ...